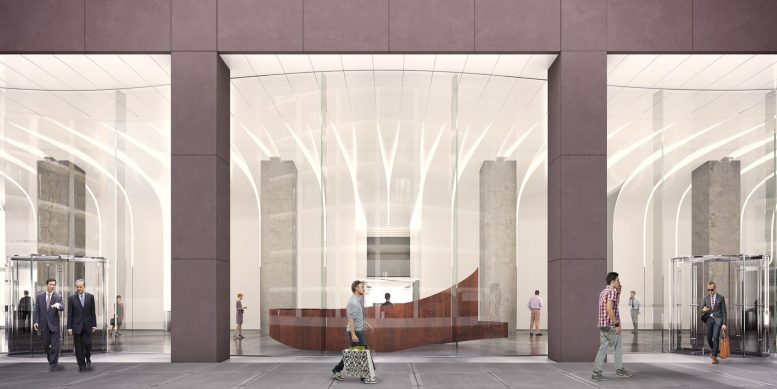 Site equipment is almost clear from the now-complete 10 & 30 S Wacker Drive, where owner Tishman Speyer has renovated the entrances of The Loop‘s 40-story CME Center. 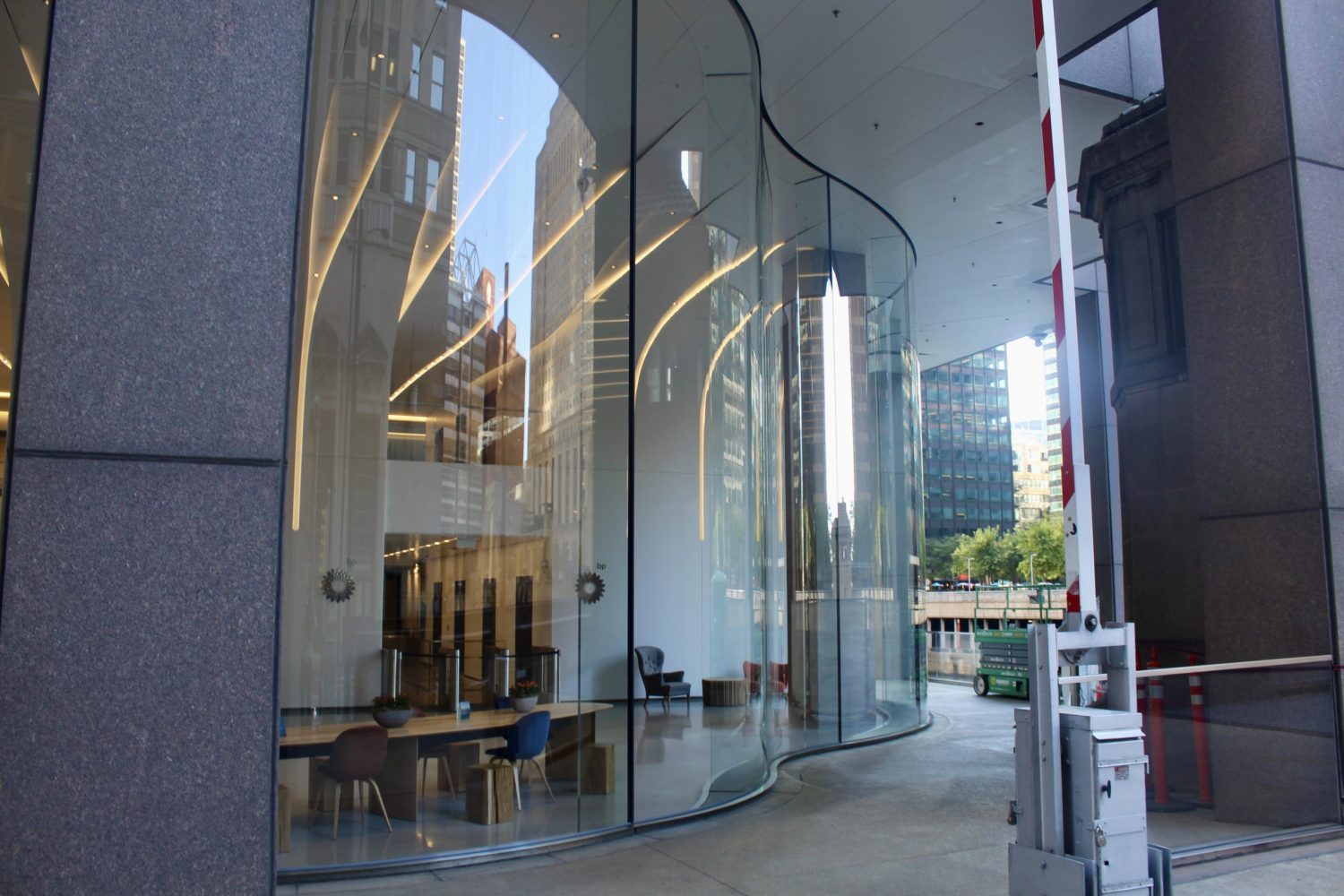 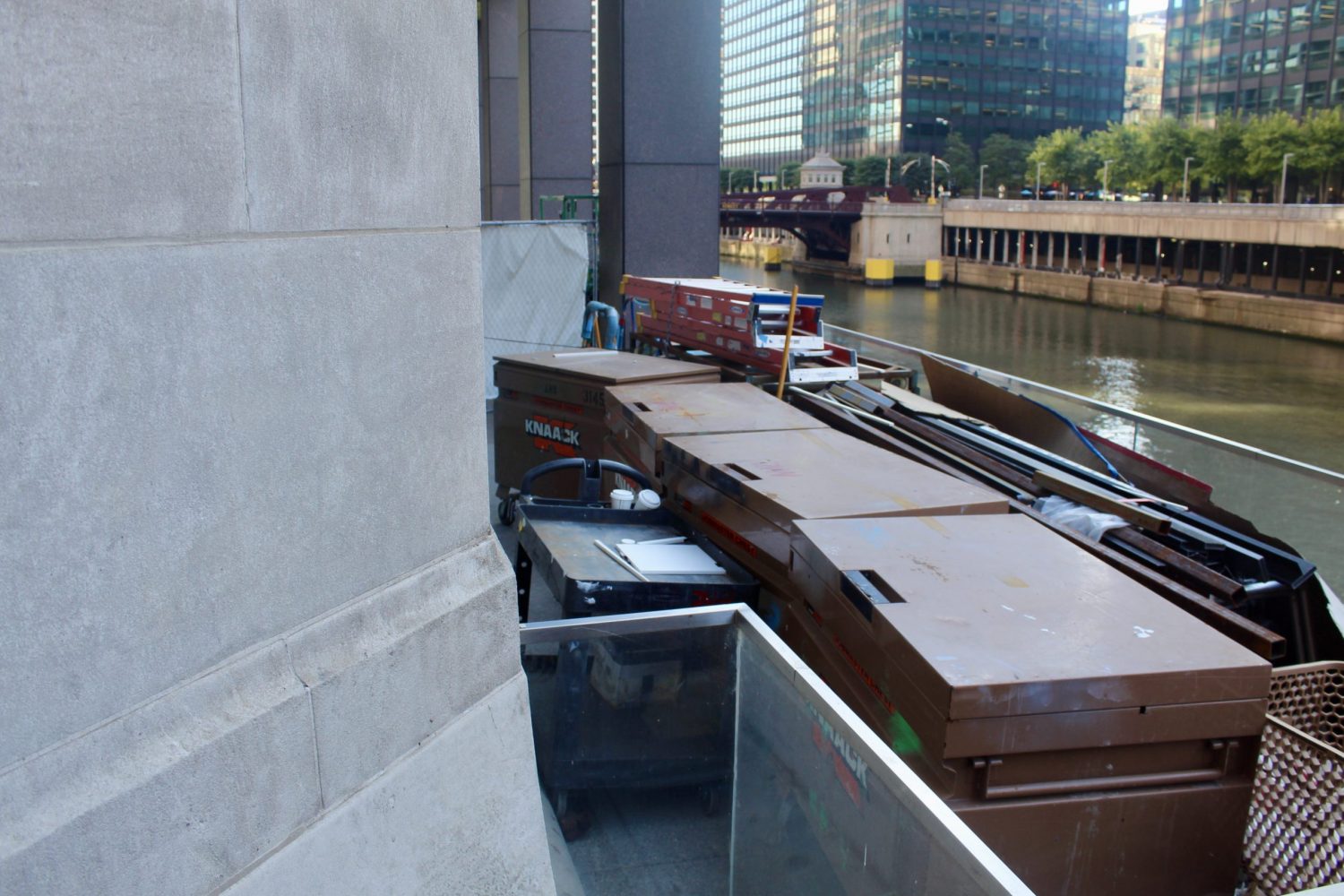 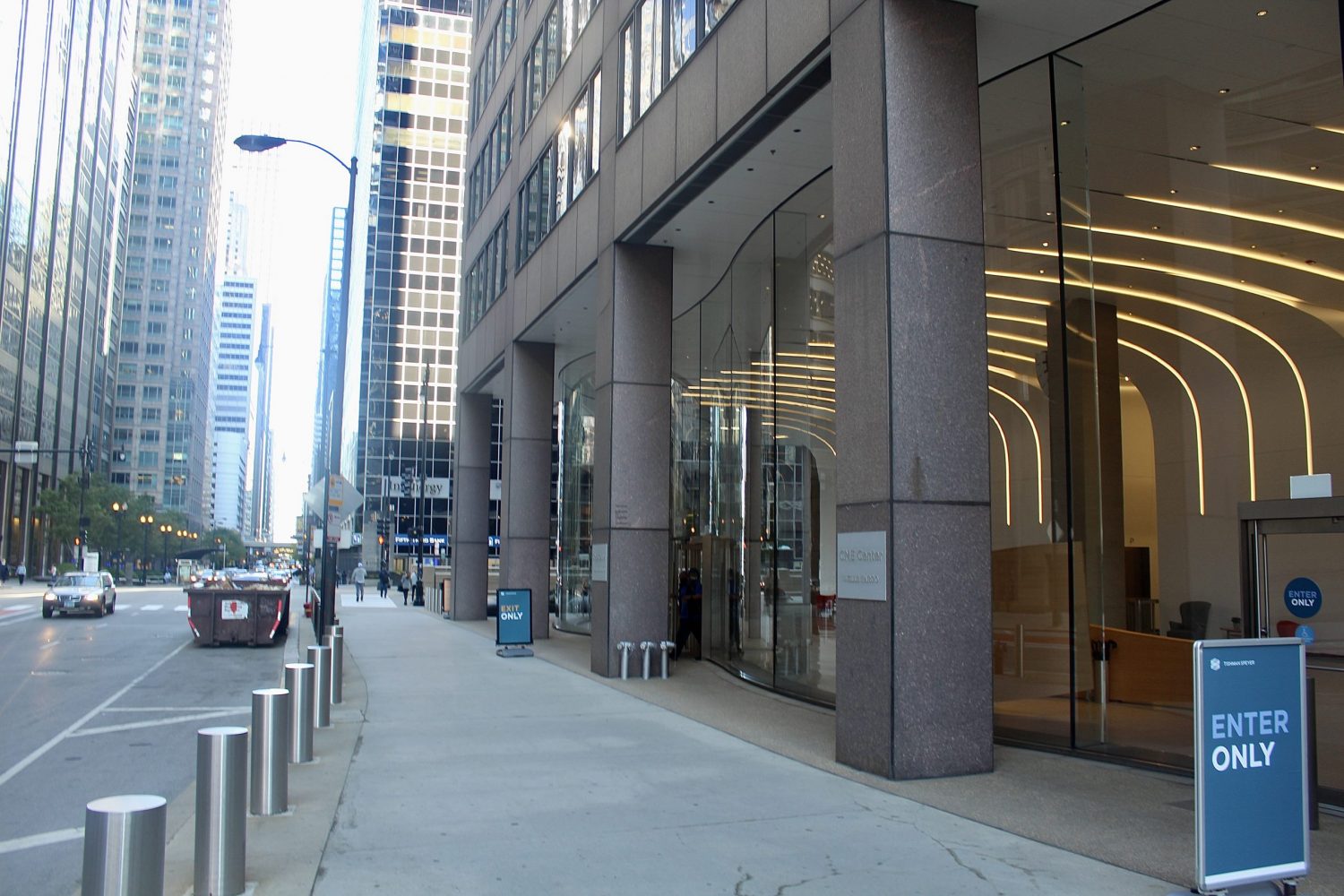 The original twin tower complex was completed in two phases, with the southern tower and base opening in 1983 and the remaining northern tower in 1987. Designed by Chicago-based Fujikawa Johnson Gobel Architects, the roughly 2.3 million square-foot structure is clad in Cornelian granite and solar-gray tinted glass. Additional features include the capacity for 16 corner offices on each tower’s floor, 29,000-square-foot floor plates, and 70,000 square feet of trading hall space in the podium. In order to support a longer open-space podium, a portion of each tower cantilevers over the borrowed space.

Tishman Speyer began redevelopment in 2018. With renovations designed by Krueck + Sexton Architects, the 1980’s era corporate entrances were replaced by 24-foot-tall glass faces that curve in a wave-like pattern. The ceiling of the entry overhang consists of uniform white panels that transition smoothly into the lobby, then curve down to form the lobby walls. As these panels curve and undulate, they separate to reveal underlying LED ribbons.

Facing east on S Wacker Drive, the site occupies over three acres on the eastern bank of the Chicago River’s South Branch. The northern and southern edges are bound by W Madison Street to the north and W Monroe Street to the south. Bus transit consists of several routes within one block of the building. It is a five-minute walk northeast to the CTA L Washington/Wells station, serviced by the Brown, Orange, Pink and Purple Lines. 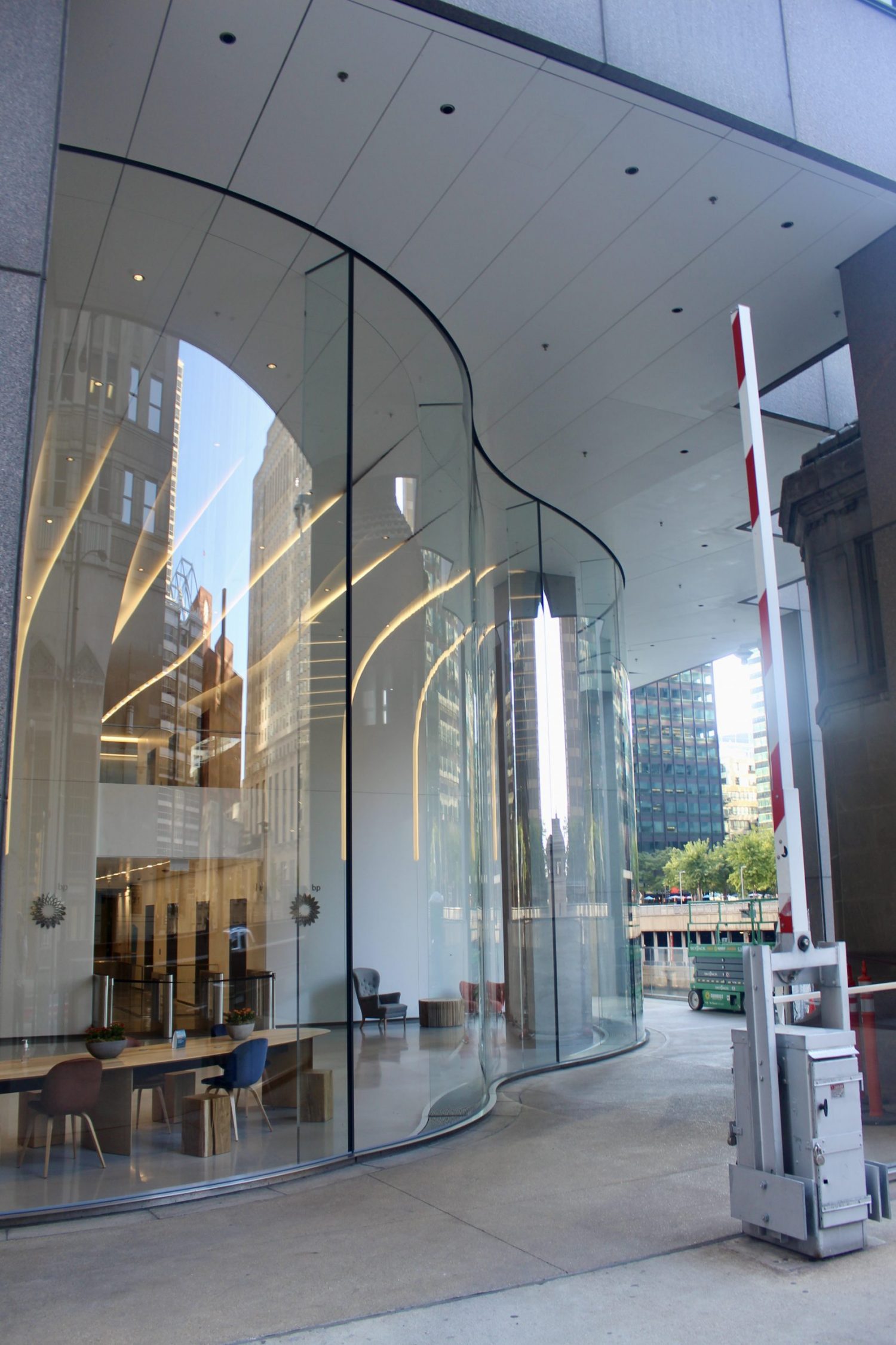 Similar to its original construction, the completion of the renovation is staggered, with work finished first for the southern tower. Photos show the entrance and lobby fully done with little equipment remaining on the periphery, indicating the conclusion of any on-site work.