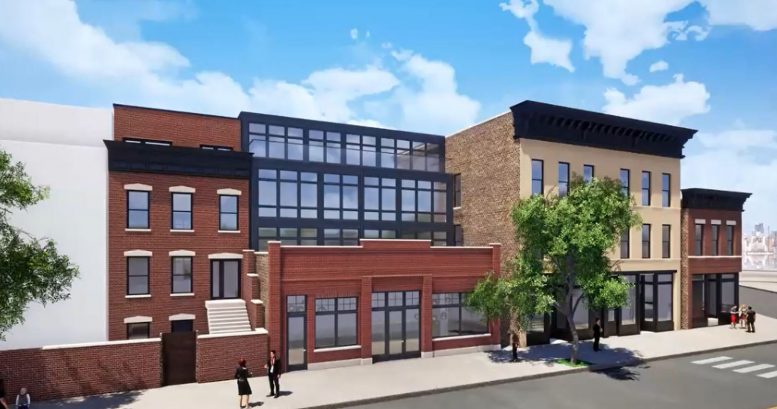 The Permit Review Committee, a secondary committee for the Commission on Chicago Landmarks, has approved the new development at 1810 N Wells Street in Old Town Triangle. The site is located on an interior lot along N Wells Street, between N Lincoln Avenue and W Menomonee Street. The 22, 36, and 73 CTA Routes can be accessed at the Clark and Lincoln bus stop, within a one-minute walk away. The Sedgwick CTA L station, serviced by the Brown and Purple Lines, is an 11-minute walk away. Chicago Development Partners is the developer behind the project. 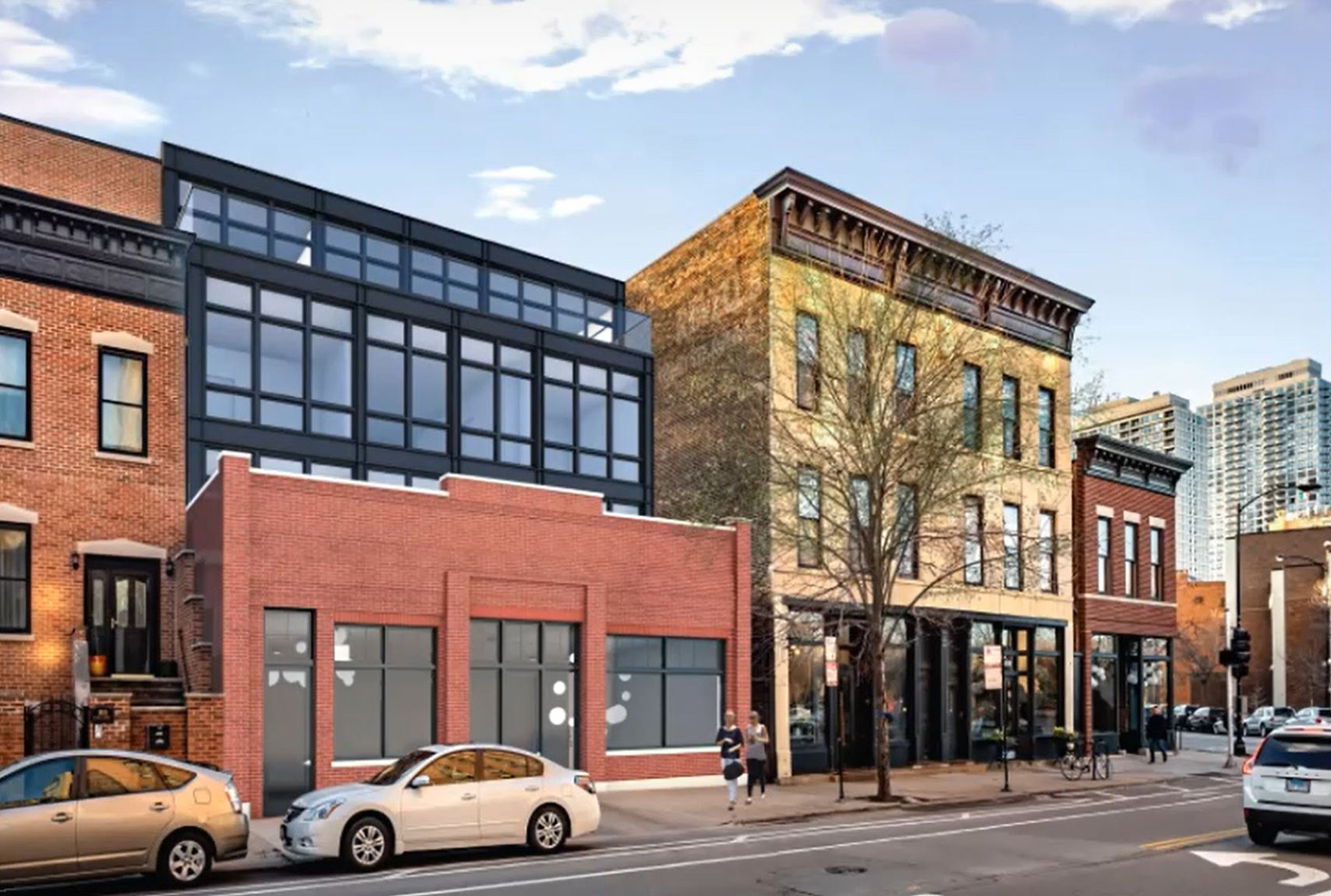 Designed by Pappageorge Haymes, the project looks to carry out a partial demolition of an existing one-story and construct a new three-story rooftop addition, with both residential and retail components. The proposed development will contain four buildings in total, including the one-story garage building at 1810 N Wells Street, a three-story mixed-use structure at 1816-18 N Wells Street with a two-story coach house in the back, and a two-story mixed-use building at 1820 N Wells Street. The entire development will reach 150 feet deep with 80 feet of frontage along N Wells Street. The buildings at 1816-1820 N Wells Street will be fully retained and renovated, including the coach house in the back of the lot. 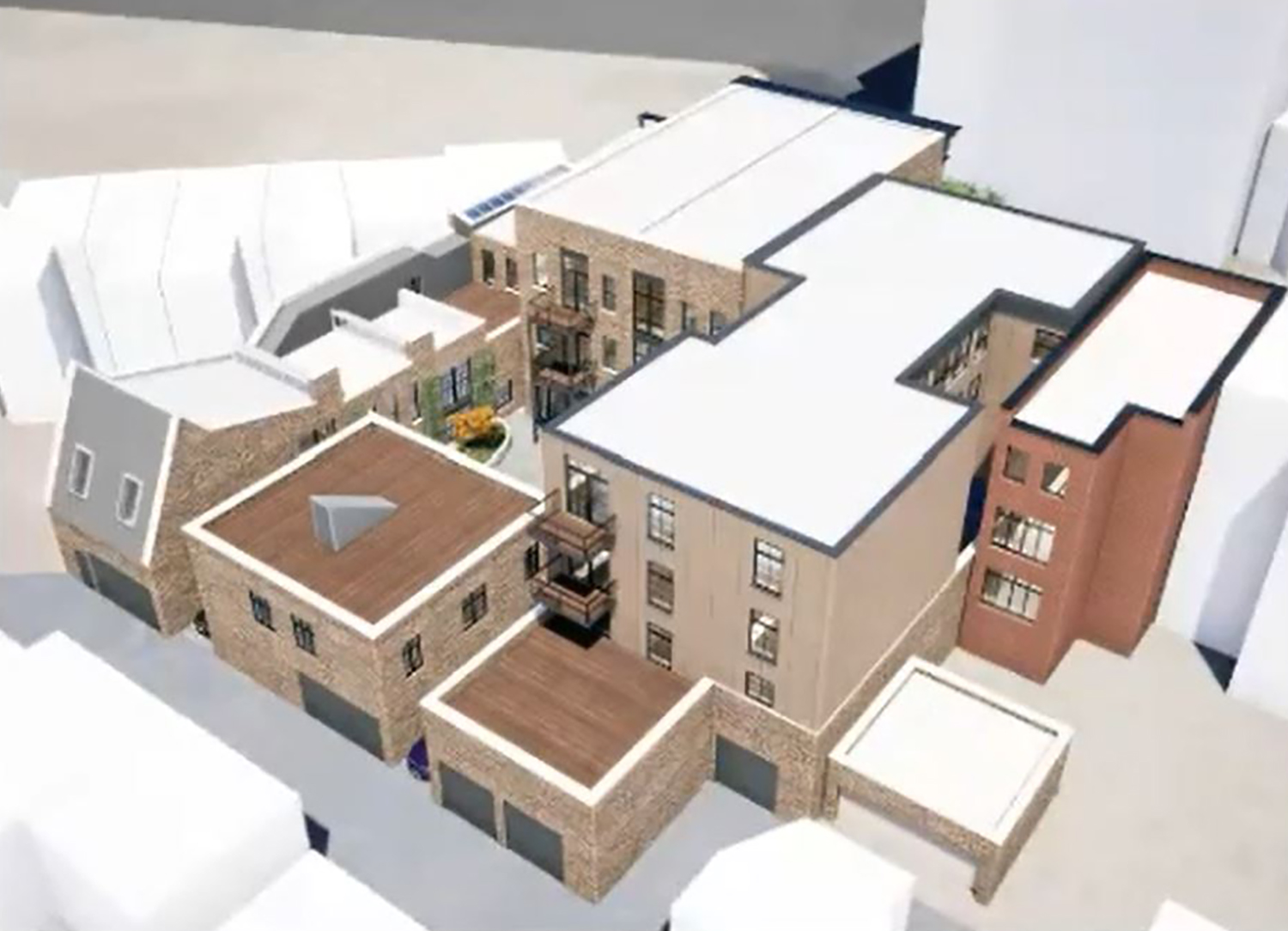 According to the staff report, the building’s second floor was demolished in the 1940s or 1950s, and a new roof structure was built. The face brick was also replaced. These changes were made after 1929, so the current appearance doesn’t reflect the characteristics of the district from its time period of significance. The staff report stated that the building doesn’t have the typical two- through four-story heights of the district, but rather an unusual one-story height. The building’s face brick doesn’t match the district after being altered, and due to the upper level demolition, the roof structure is also new. The alterations made are substantial and cannot be easily reversed. The structure does maintain the street wall and access typical of the district. Per this report, the committee deemed the structure non-contributing, allowing the partial demolition and new construction to move forward. 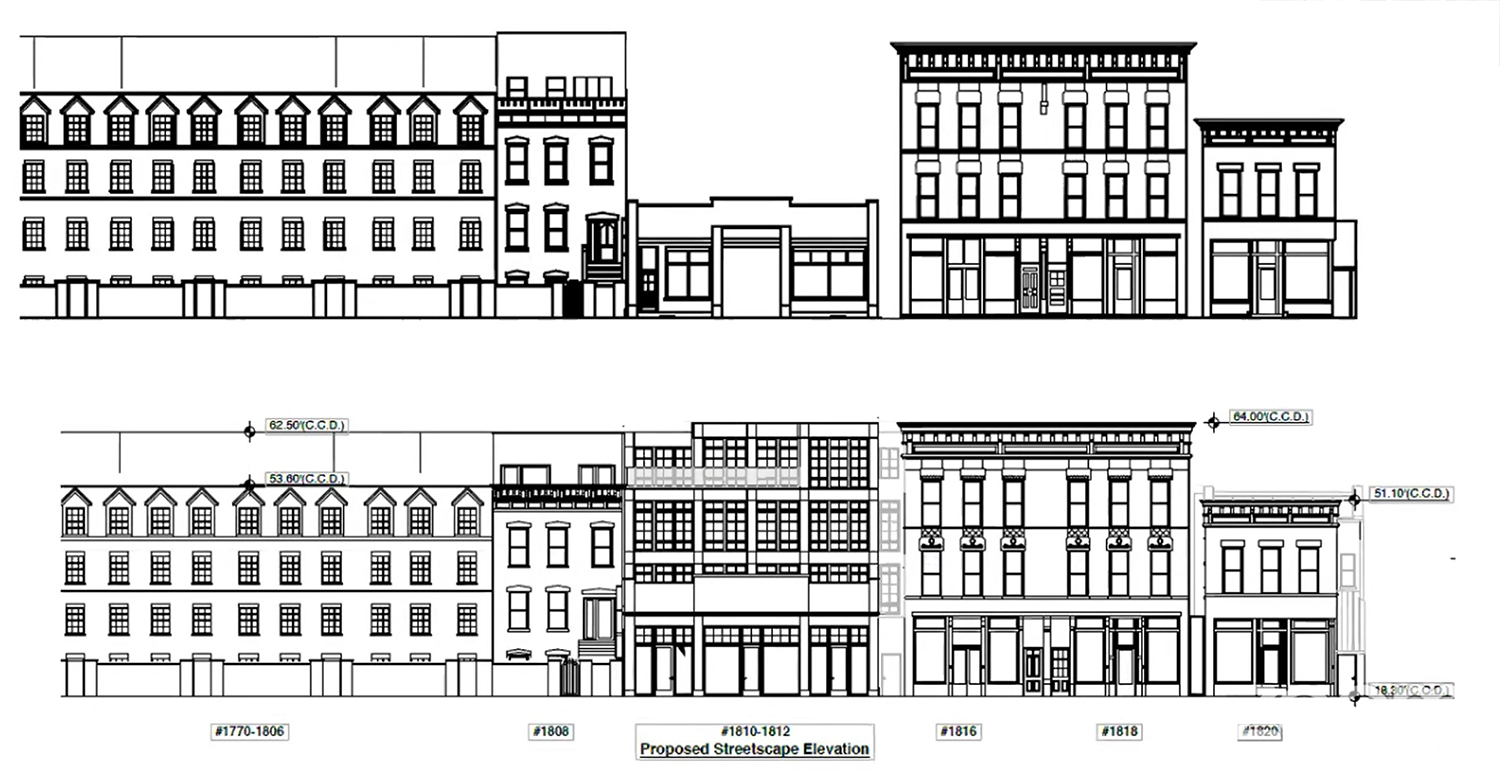 The new structure proposed observes the general scale of the district. At 64 feet tall, its height matches the historic building to the north, and each setback matches the profile of the adjacent building to the north. The setbacks clearly define the new addition and distinguish it from the existing one-story structure. The rooftop addition uses metal piers and spandrels to organize bands of windows. The main piers align with the vertical masonry piers of the one-story building. While the windows aren’t the exact type used in the district, they relate to the vertical orientation of windows common in the historic district. Materials that are proposed for the project are glass and metal, using blackened steel consistent with metal casement windows in the district. The project deliberately stayed well below the allowable zoning to respect the neighborhood context. The new development will allow for the removal of the fire escape on the building at 1816-1818 N Wells Street, improving the character of the street.

With approval from the Permit Review Committee, the developer can move forward with the project. No permits have been filed for the project and no official timeline has been announced.