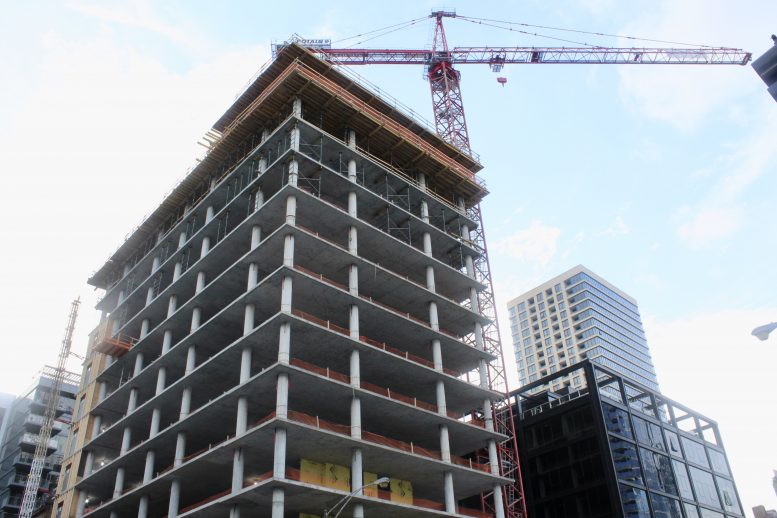 The Bentham at 146 W Erie Street, at the corner of W Erie Street and N LaSalle Drive. Captured 8/09 by Jack Crawford

Construction has reached the 13th floor of the 15-story Bentham development at 146 W Erie Street in River North. Located at the intersection of W Erie Street and N LaSalle Drive, the site sits near a wide range of eating and entertainment options, including Chicago’s flagship McDonald’s restaurant and a Hard Rock Cafe. Sedgwick Development is both the building’s developer and designer.

Designs for the high-rise include a primarily glass curtain wall for the tower’s facade, ample balcony space, and some additional masonry as a complementary facade choice for the base.

Curbed reported last year that the Sedgwick Development-backed project would contain 31 units, with prices beginning at $1.3 million. An additional 53 parking spots and ground-level retail would occupy its base. 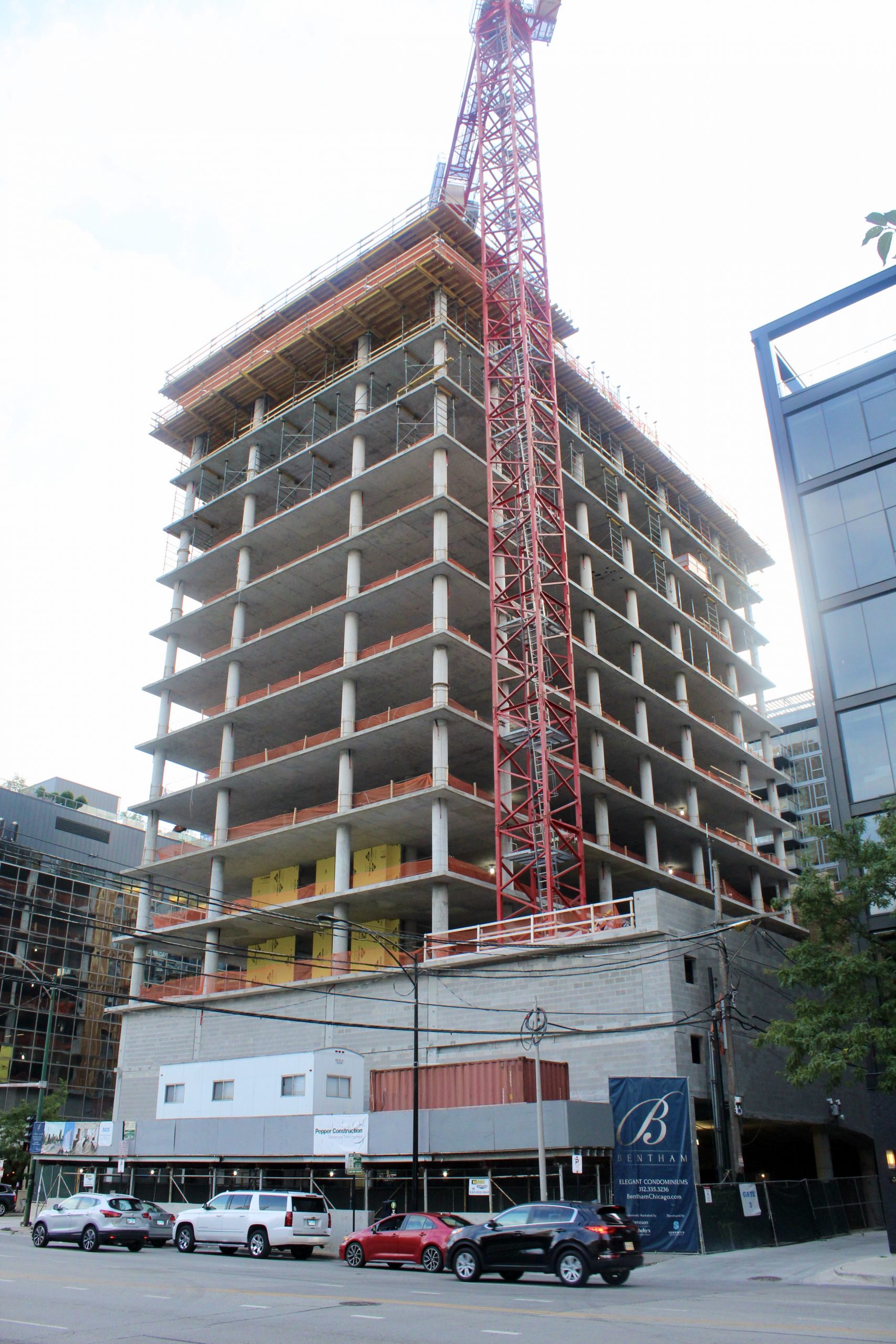 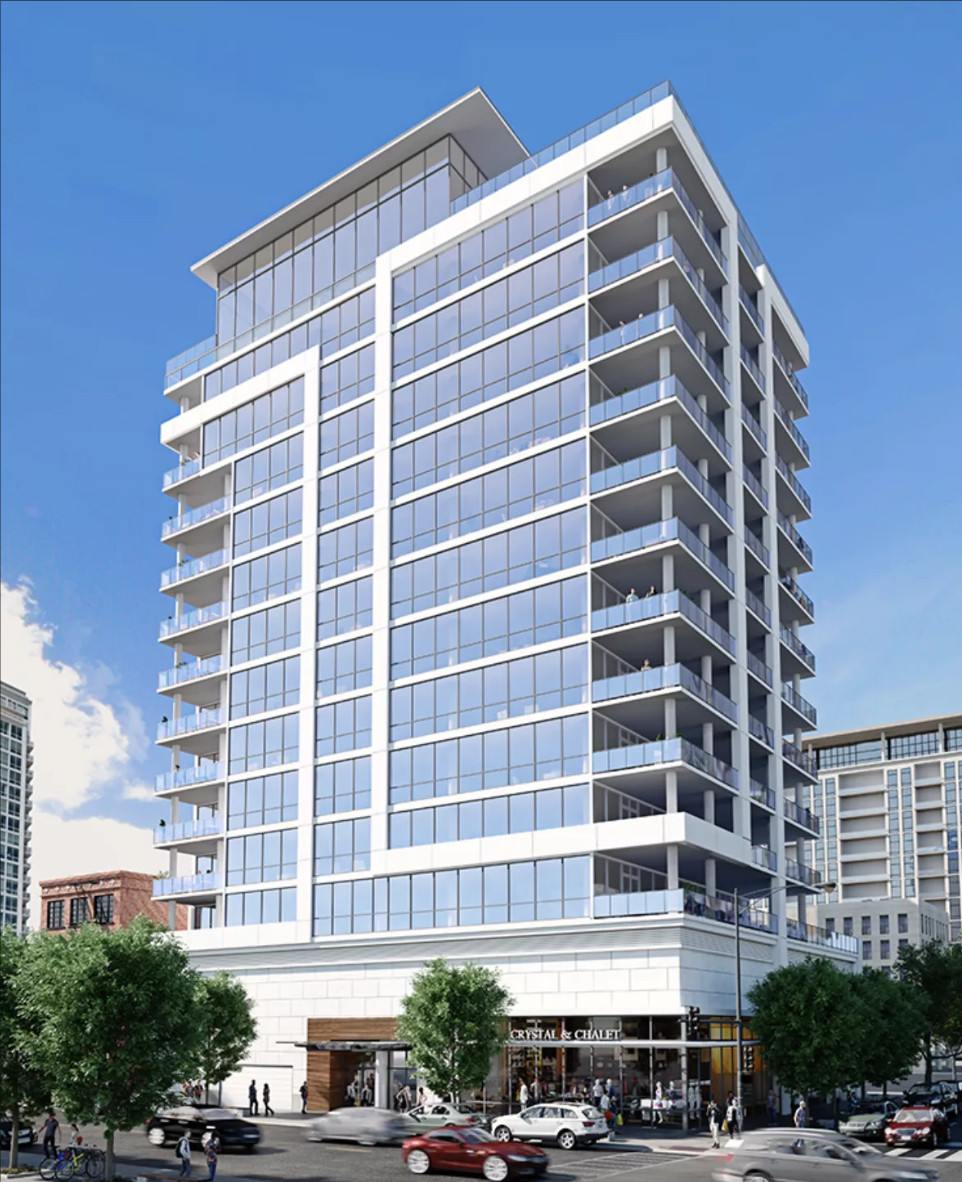 Rendering of The Bentham at 146 W Erie Street. Rendering courtesy of Sedgwick Developments

Accessible transportation options include the 156 bus route running through nearby LaSalle & Huron and LaSalle & Erie stops, less than a minute’s walk each. Slightly further routes include Route 37 at Wells & Ontario and Route 22 at Clark & Huron. The CTA L is accessible from the above-ground Chicago Station, a five-minute walk northwest, and the below-ground Chicago Subway Station, a nine-minute walk northeast.

The project, which has been subject to delays since the demolition of a former auto shop in 2017, has no listed completion date. Given The Bentham’s near topping out, a full opening in early next spring is likely.