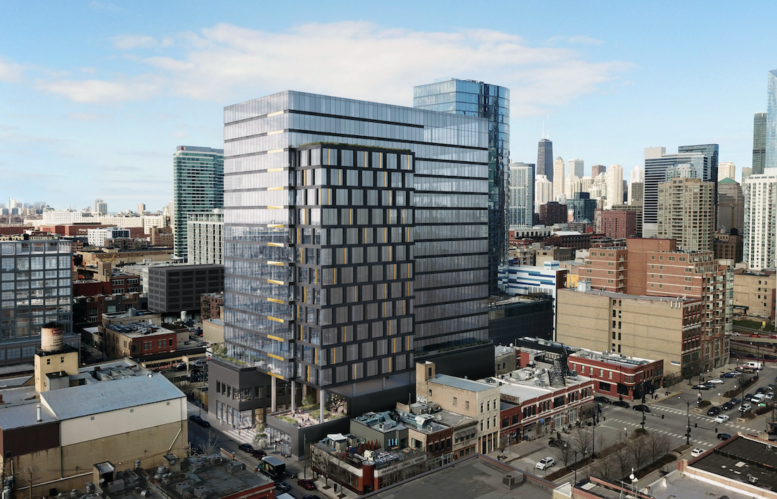 YIMBY stopped by 167 North Green Street earlier this month to check up on the new 17-story, 725,000-square-foot office development in West Loop. The site is located less than two blocks south of Fulton Market‘s central spine, which has seen a number of high-profile projects recently, many of which also contain office space. 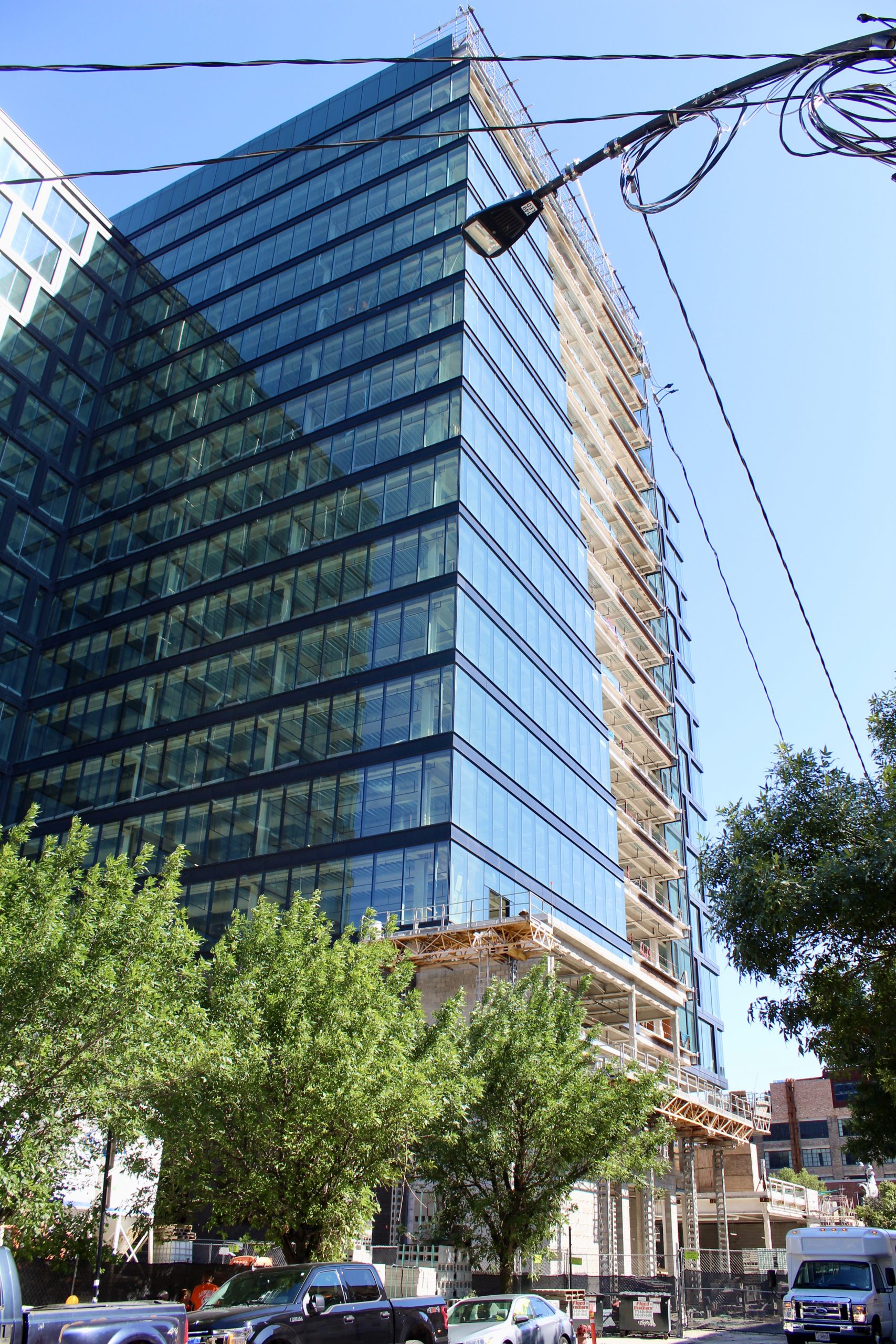 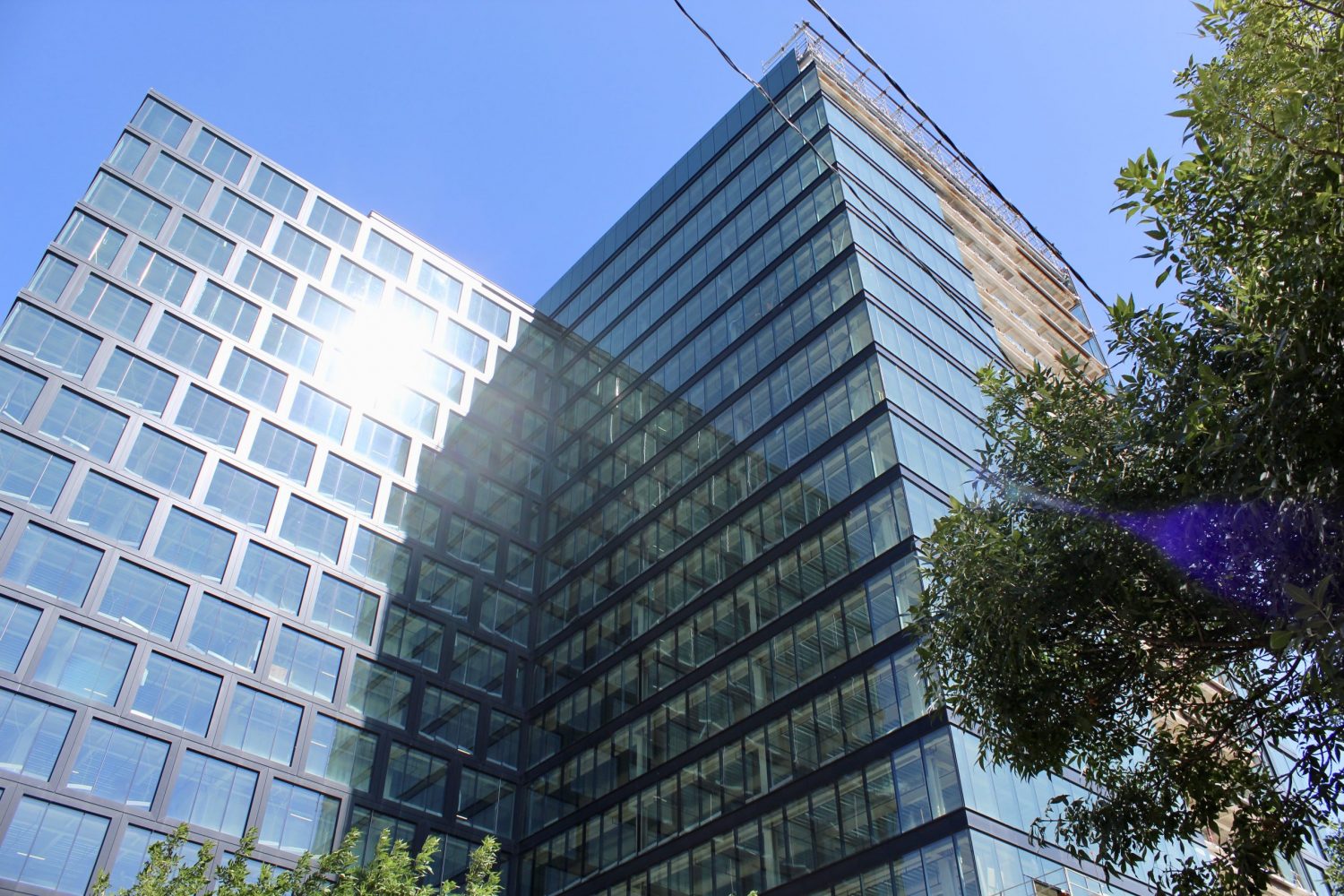 Co-developers Shapack Partners and Focus plan for fifteen large floor plates cantilevering over a series of shorter new and existing structures, in addition to the main building’s access. The intricacies of the project’s base create a two-story labyrinth of retail and public passages in between. According to Curbed, these outside passageways, called the “Mews,” add a layer of intricacy to the design of the development’s base. The Mews provide access to new and existing buildings, courtyards, columns, and a high-clearance space where temporary “pop-up” retail can be added. In addition to the office and retail space, parking will include 129 spots within the base. 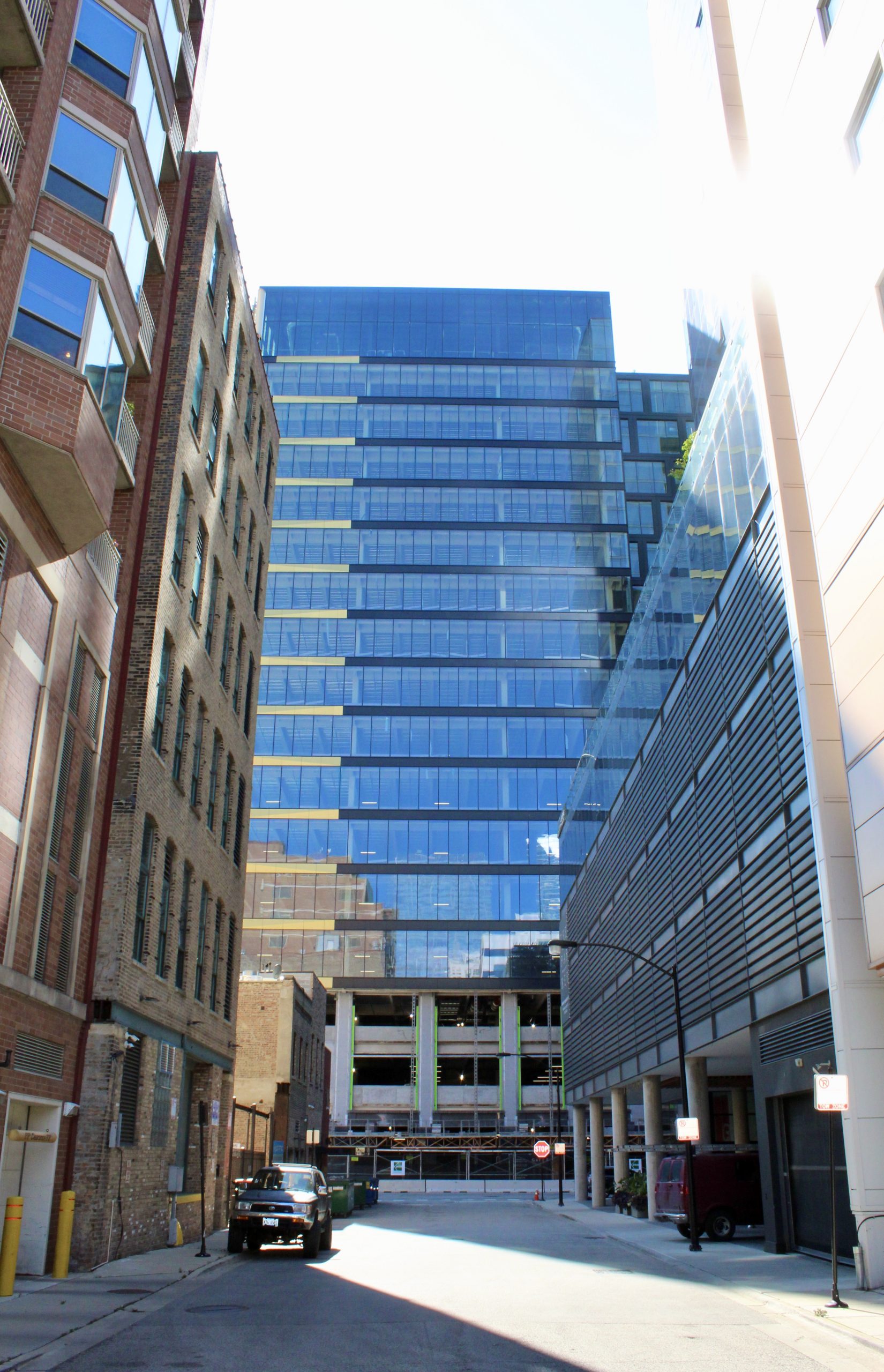 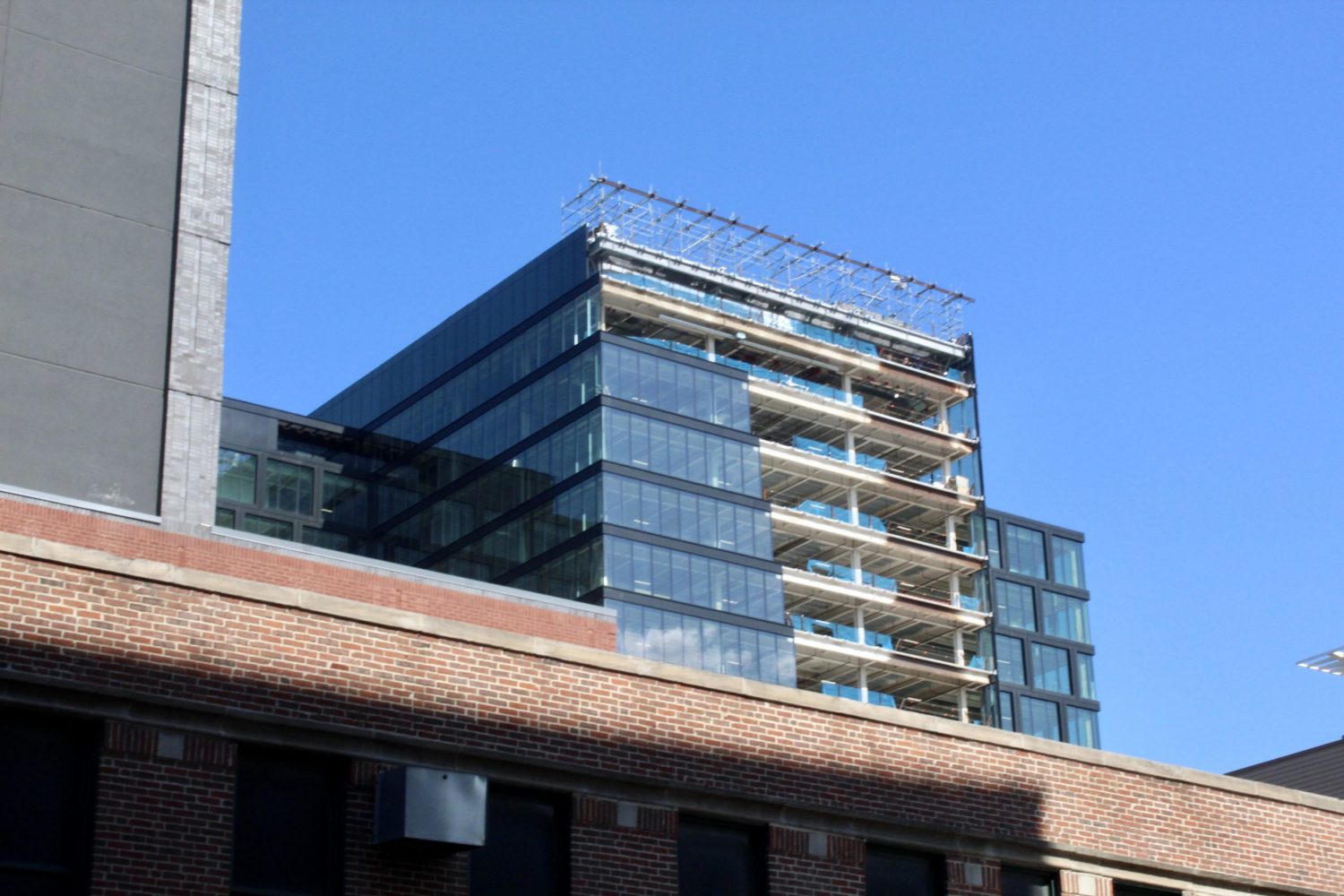 Designed by Gensler, the building’s main facade includes a curtain wall of large floor-to-ceiling windows with dark metallic floor slips between. The secondary and more pronounced portion of the facade is similar, but also includes horizontal dividers, appearing as thick metal frames surrounding the windows on all sides. 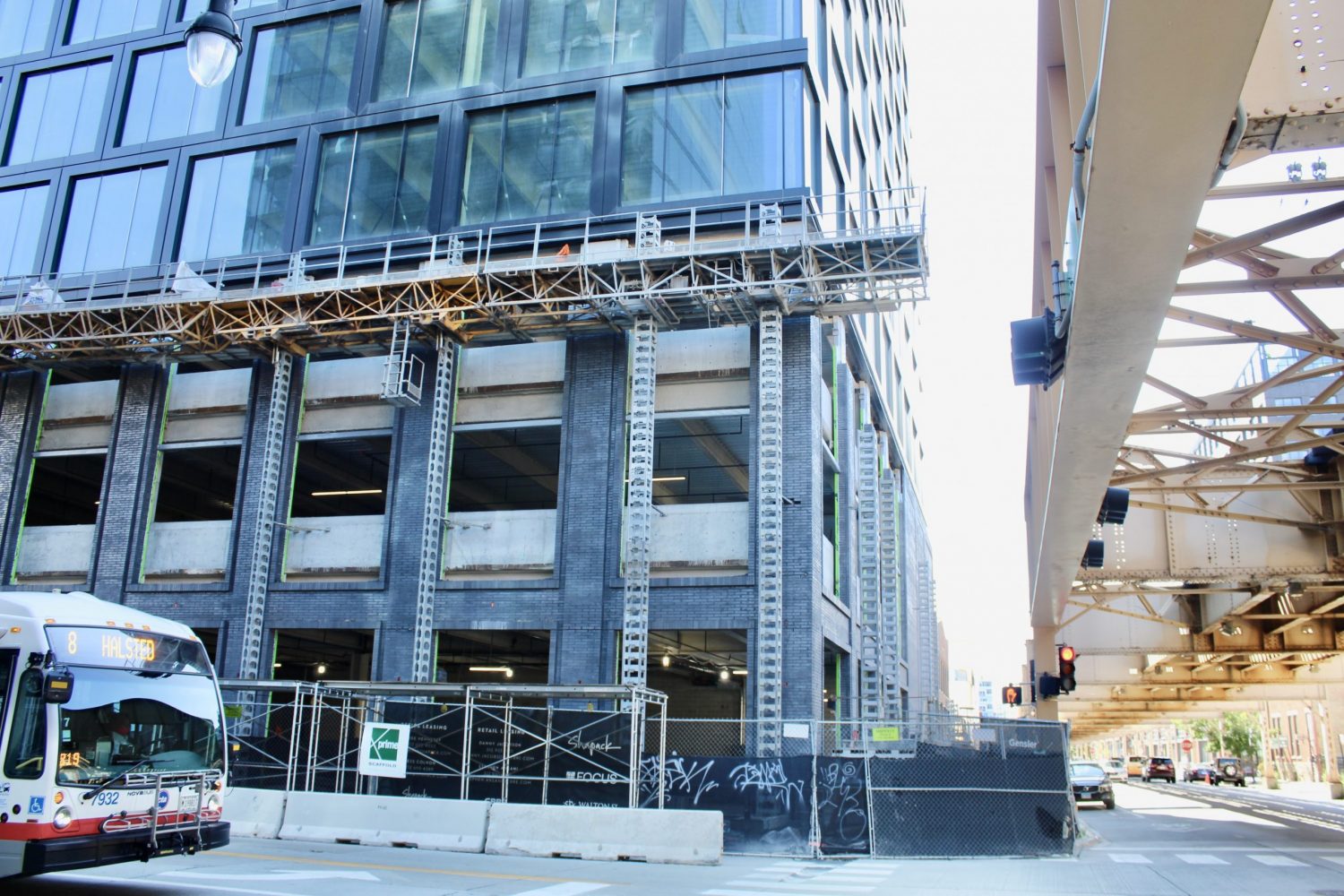 The base of 167 N Green Street, facing west with CTA rail on right. Photo by Jack Crawford

Occupants will have access to multiple types of nearby transportation. Bus route 8’s Halsted & Lake stop is a two-minute walk northwest, while the nearest CTA L station is a four-minute walk west to Morgan station, serviced by both the Green and Pink Lines. Divvy also has multiple bike stations near the property, the closest is a two-minute walk south to the corner of N Green Street and W Washington Street.

With most of the exterior work wrapping up, construction seems on pace for the building’s opening date later this year.