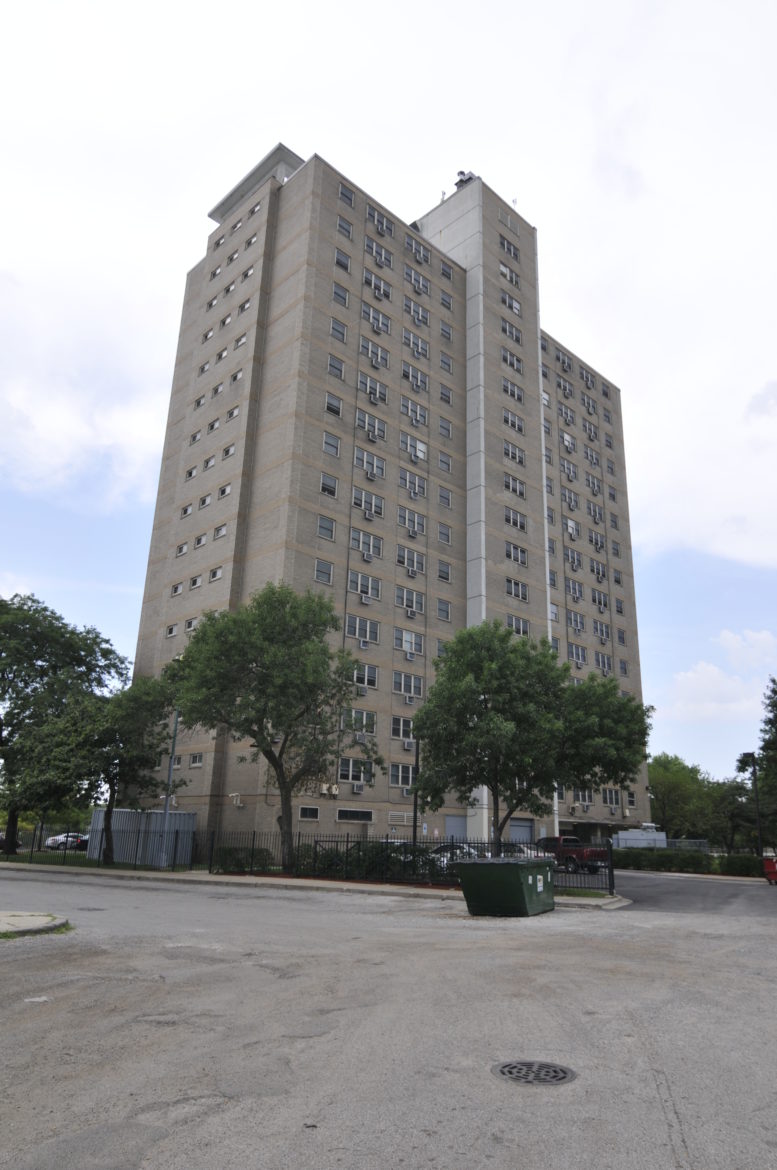 View of Irene McCoy Gaines Apartments via the CHA website

The City of Chicago has awarded further funding to both the Albany Terrace Apartments and the Irene McCoy Gaines Apartments. The Albany Terrace Apartments is located at 3030 W 21st Place in the South Lawndale community and yields 350 units in a 17-story tower, including a total of 32 mobility-accessible units and 37 sensory adaptable units in a senior living complex that was originally built in 1974. The 17-story Irene McCoy Gaines Apartments were constructed in 1964 and named in honor of the first African American woman to run for a seat in the Illinois Legislature. The senior living property is located at 3700 W Congress Parkway in East Garfield Park and is composed of 151 studio and one-bedroom apartments including 30 ADA-accessible units. According to the decision, both buildings are receiving the funding to contribute towards critical systems upgrades garnered by way of a financial proposal that was approved by City Council on Friday of last week.

According to the press release, the decision allows for the City to reallocate “up to $100 million of unused tax-exempt bond volume cap to the Chicago Housing Authority (CHA) which will issue the bonds to rehabilitate and preserve the two existing senior buildings.”

The project currently has an expected cost of roughly $190 million and will include the aforementioned system improvements as well as interior upgrades. Following the improvements there is hope the buildings will be transformed into dynamically updated complexes with the necessary amenities to adequately care for “the next generation of low-income seniors.”

Total funding for the project will include the tax-exempt bonds as well as an expected $74.6 million in 4 percent tax credit equity. Additional funding will involve a $31 million mortgage, a $76.5 million loan from the CHA, $3.5 million in interim income, a $3.6 million deferred developer fee, and a reported $618,000 returned from a previously held rate lock deposit.