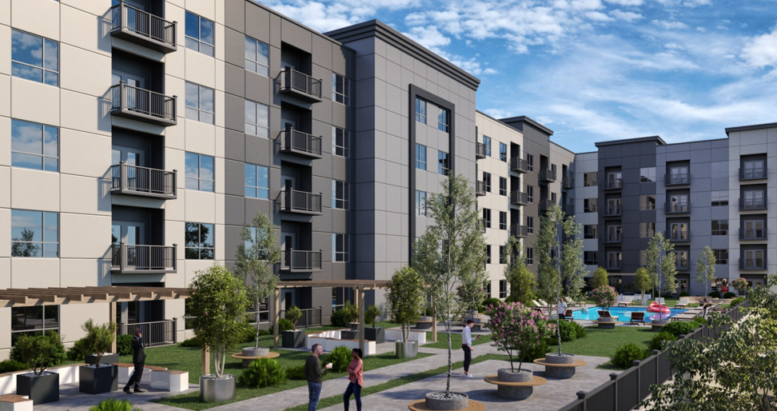 An upcoming development just outside of Chicago is leading the way towards innovative green development. Named Eco Terra, the planned construction consists of a seven-story, 348-unit mixed-use apartment complex. The project was initially named “Garden Station” and is now under construction. This construction has distinguished itself as the largest project in the country to earn key passive house and net zero certifications.

The project is being built by Burr Ridge-based Hawthorne Development Corporation and will use approximately 40 to 60 percent less energy than conventional buildings of a similar scope through an array of sustainability features. The project aims to showcase the ability to combine green buildings with modern amenities such as an on-site fitness center, swimming pool, theater, dog park, dog grooming station, and We Work spaces on each floor.

Eco Terra is being built to PHIUS (Passive House Institute US) standards for energy efficiency. PHIUS metrics are notoriously difficult to achieve in new construction. The requirements include Net-Zero Energy Use and Net-Zero Carbon certifications and would require that all energy be produced on-site and that Lithium Ion batteries replace gas.

The project will also reduce energy use through features such as solar energy, water-saving plumbing fixtures, triple pane windows, LEDs throughout, a variable refrigerant flow that is 30 percent more efficient than conventional HVAC systems, and heat recovery ventilation that reduces heating and cooling demands, and more features that have yet to be announced.