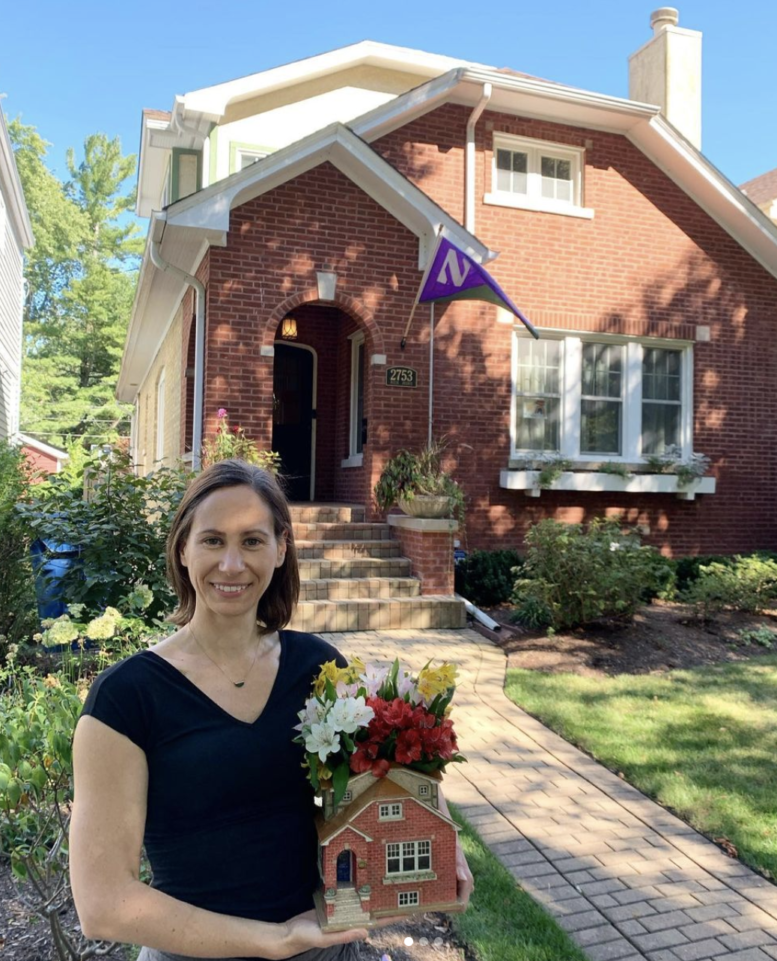 Sculptor Katie Lauffenburger with one of her creations

A local sculptor from the Ravenswood neighborhood is gaining city-wide attention for her quirky and precise replicas. Dubbed by some in the arts community as “the Bungalow Lady,” Katie Lauffenburger has been turning heads and stealing hearts with her unique constructions. Lauffenburger crafts from the freshly founded Wonder City Studio where she is building one-of-a-kind 10-inch replicas of Chicago homes.

Each of these sculptures is constructed from slabs of clay and then carved and modeled based on pictures. Though Lauffenburger studied animation at the School of the Art Institute of Chicago, she only recently began selling art full-time after leaving a career in tech. The Ravenswood sculptor is adjusting quite well to the career change and is currently fully booked out. She reportedly has a three-month waitlist of customers paying upwards of $5,000 per home. 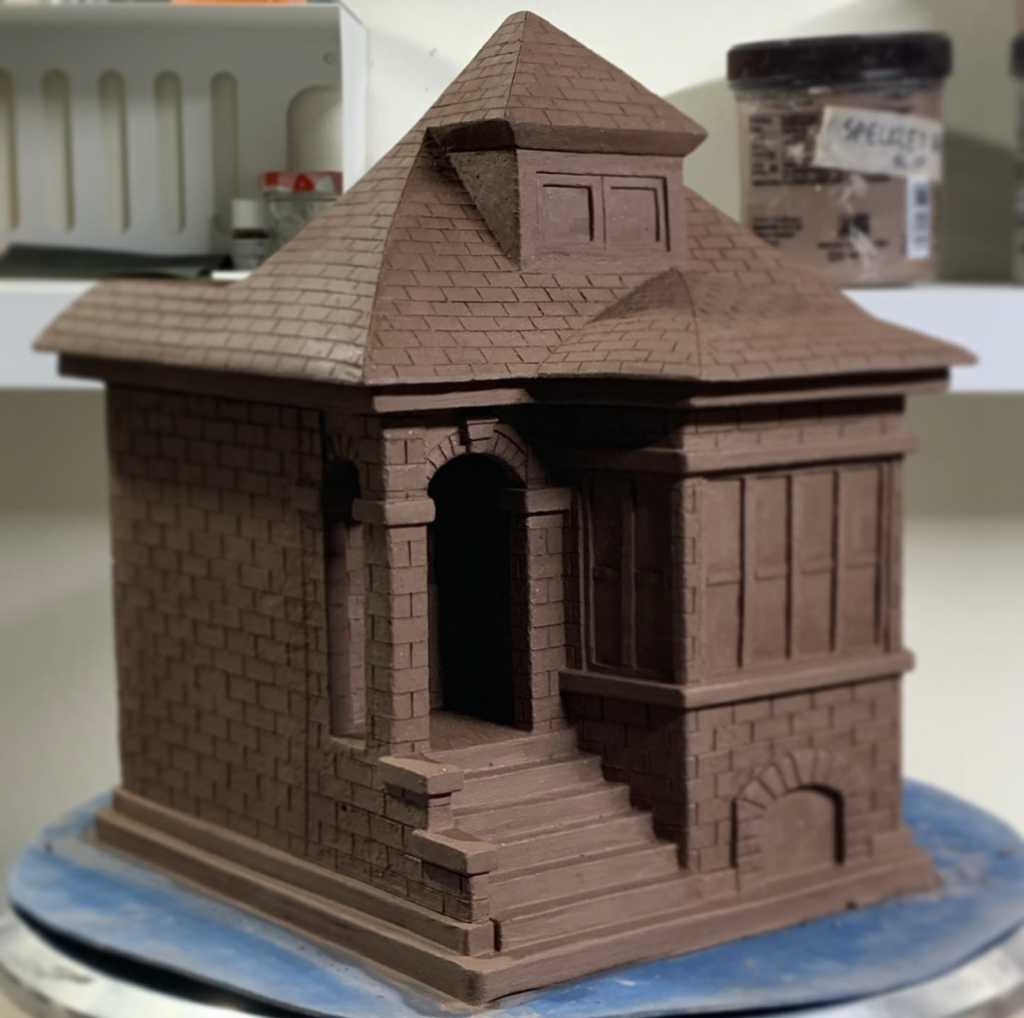 Lauffenburger runs Wonder City Studio with her husband Phil Thompson where they both make art that honors Chicago’s unique architecture. Thompson draws and illustrates renderings of homes throughout Chicago. The couple’s studio tagline is “Architecture & the city, illustrated.” Due to the addition of Lauffenburger’s sculptures the studio is now a multi-media production. 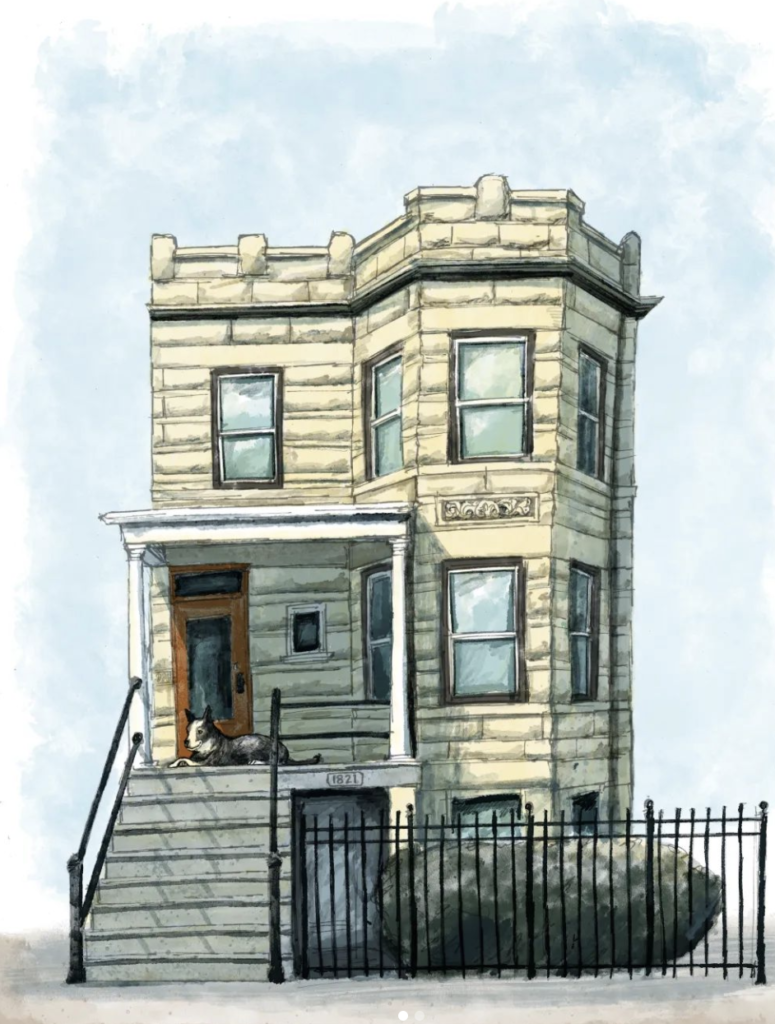 According to their Instagram page, the couple chose the name “Wonder City” for their studio after coming across the nickname for Chicago in an old book. “Wonder City” is a little-used nickname for Chicago. The couple believes the book may have been written to be released for the World’s Fair in 1893, and they have purchased the first edition to celebrate the nickname’s possible origin and learn more about what they describe as a then “up-and-coming city.” They aim to share the “sense of wonder of the architecture and history of the city around us, and we want to inspire others to feel the same way about their own city, neighborhood, home.”