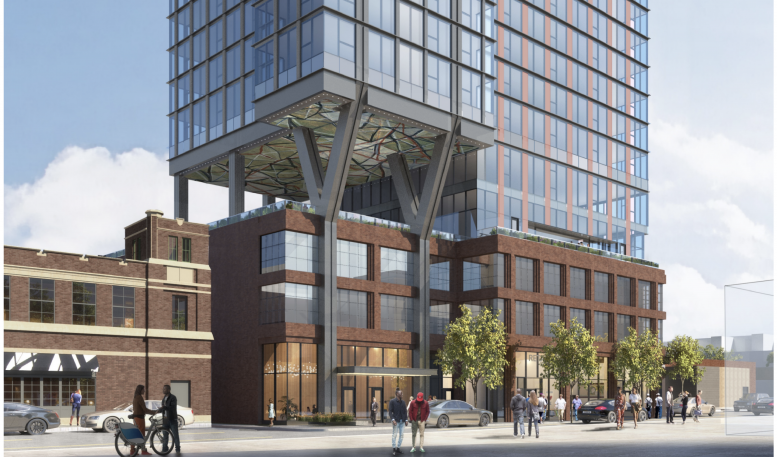 With a demolition permit approved this past Wednesday, equipment can be seen at the future site of 160 N Morgan Street, a 29-story mixed-use high rise planned for West Loop’s Fulton Market District. Developed by Sterling Bay, this 350-foot-tall tower will be replacing a former one-story masonry building, which had previously served as a drive-through commercial venue. 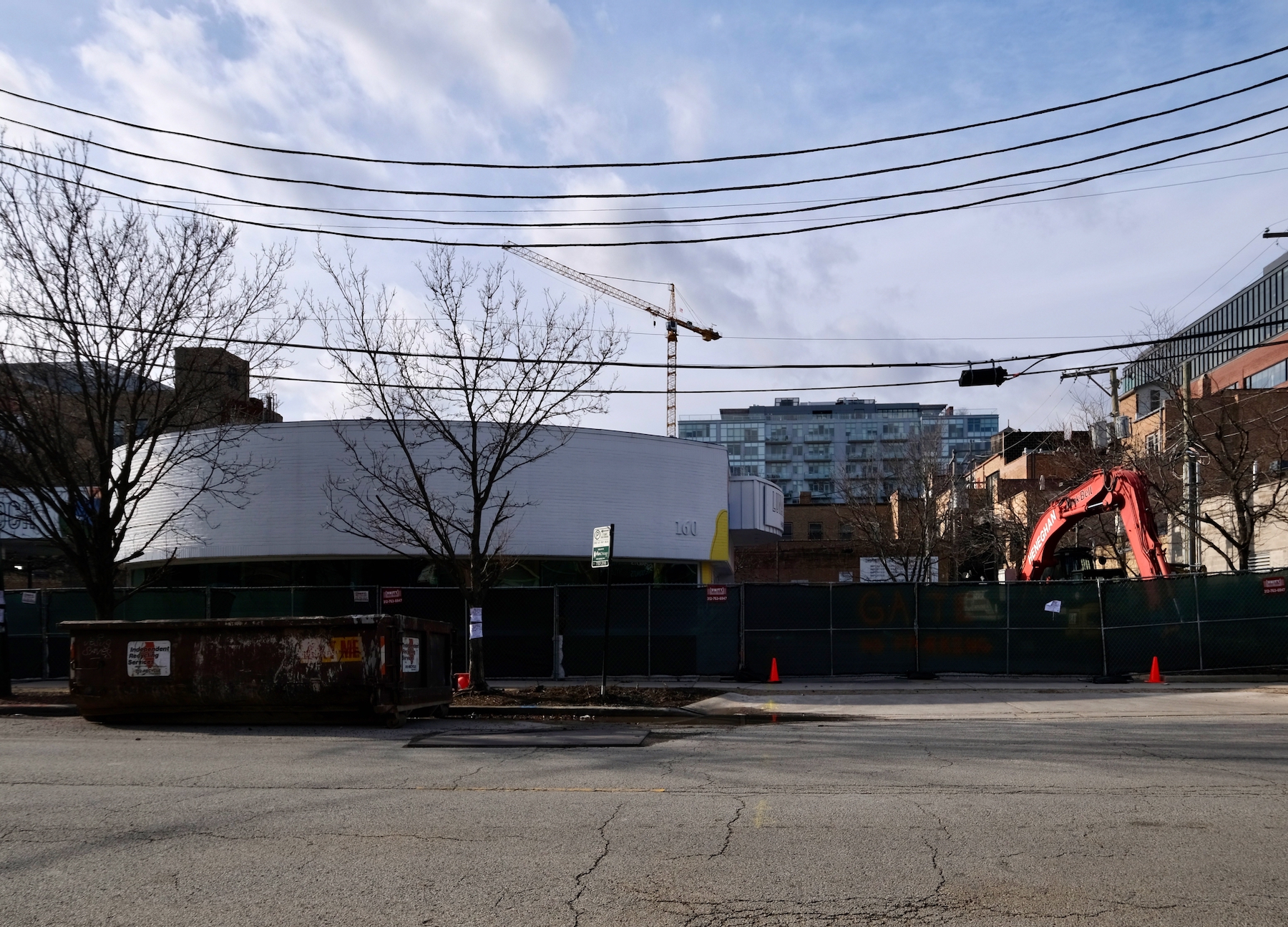 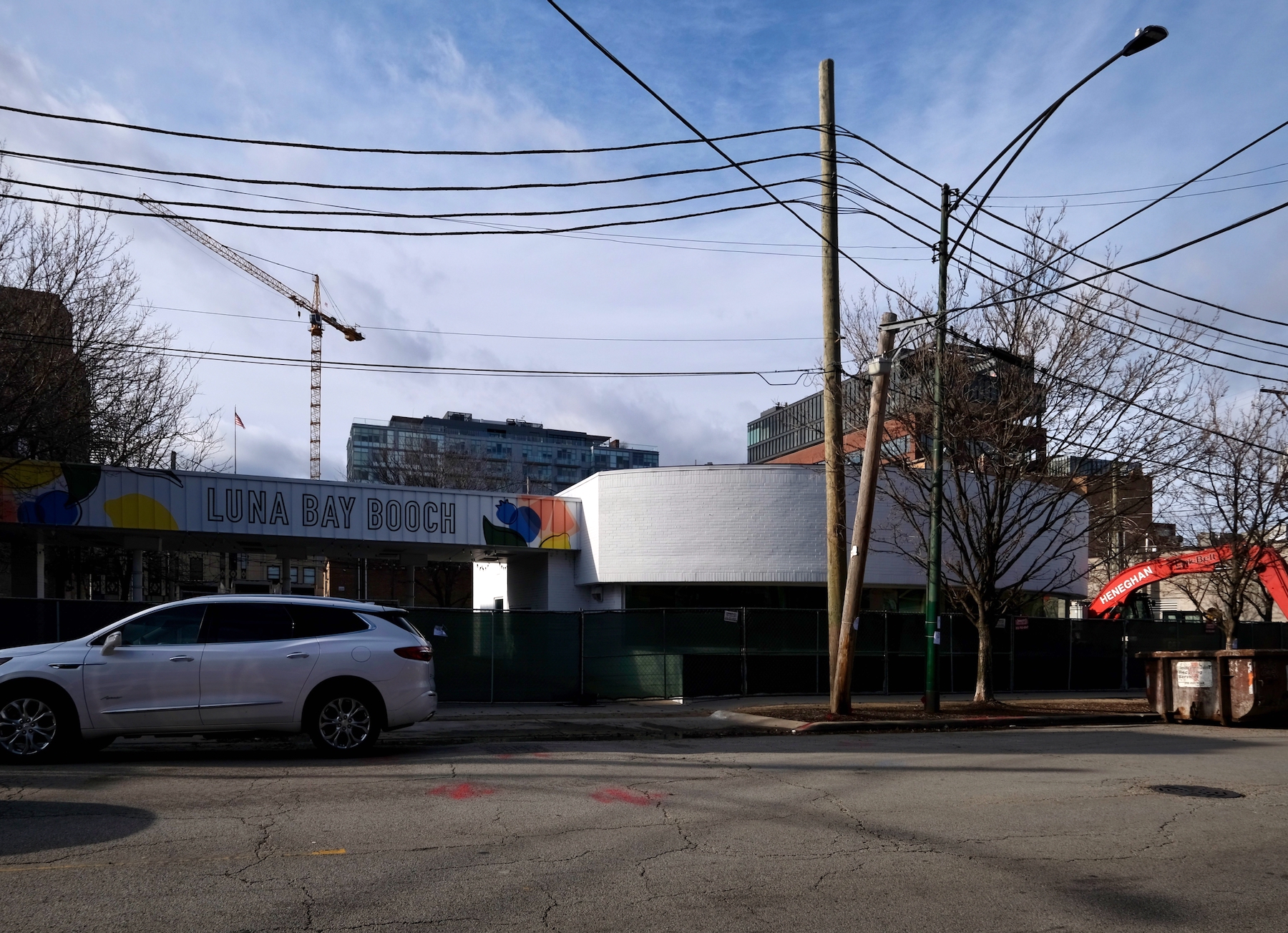 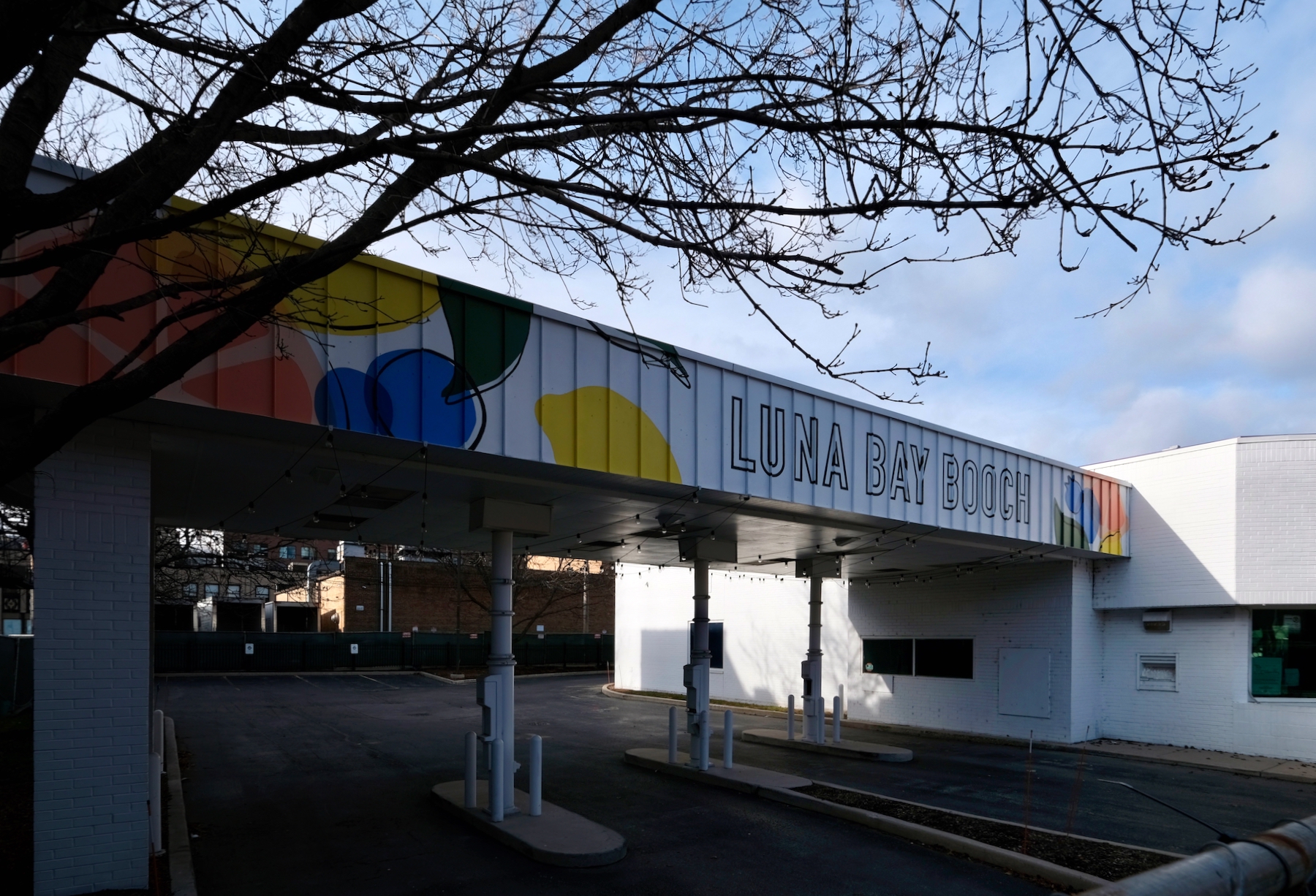 The much taller replacing structure will yield retail on the first two floors and a total of 282 rental units, comprised of studios, convertibles, one-, two-, and three-bedroom layouts. Under ARO requirements, 28 of the on-site units, or 10 percent of total, will be affordable. As noted in a recent Urbanize article, Sterling Bay will contribute $5.26 million to fund a sustainable mixed-income project known as Solar Lofts, located at 2548 S Federal Street in South Loop. Sterling Bay will also contribute $2 million to the neighborhood opportunity fund. 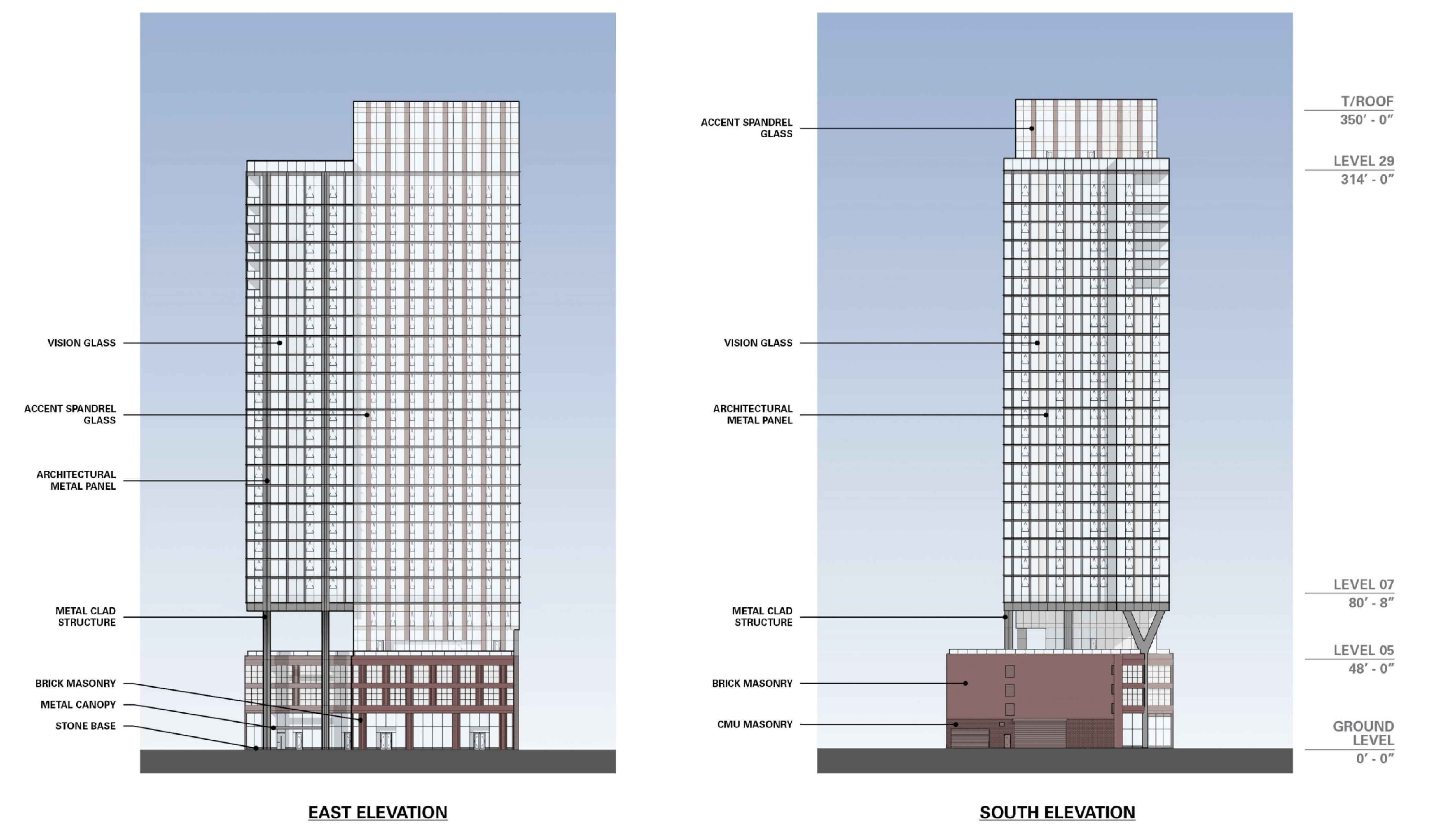 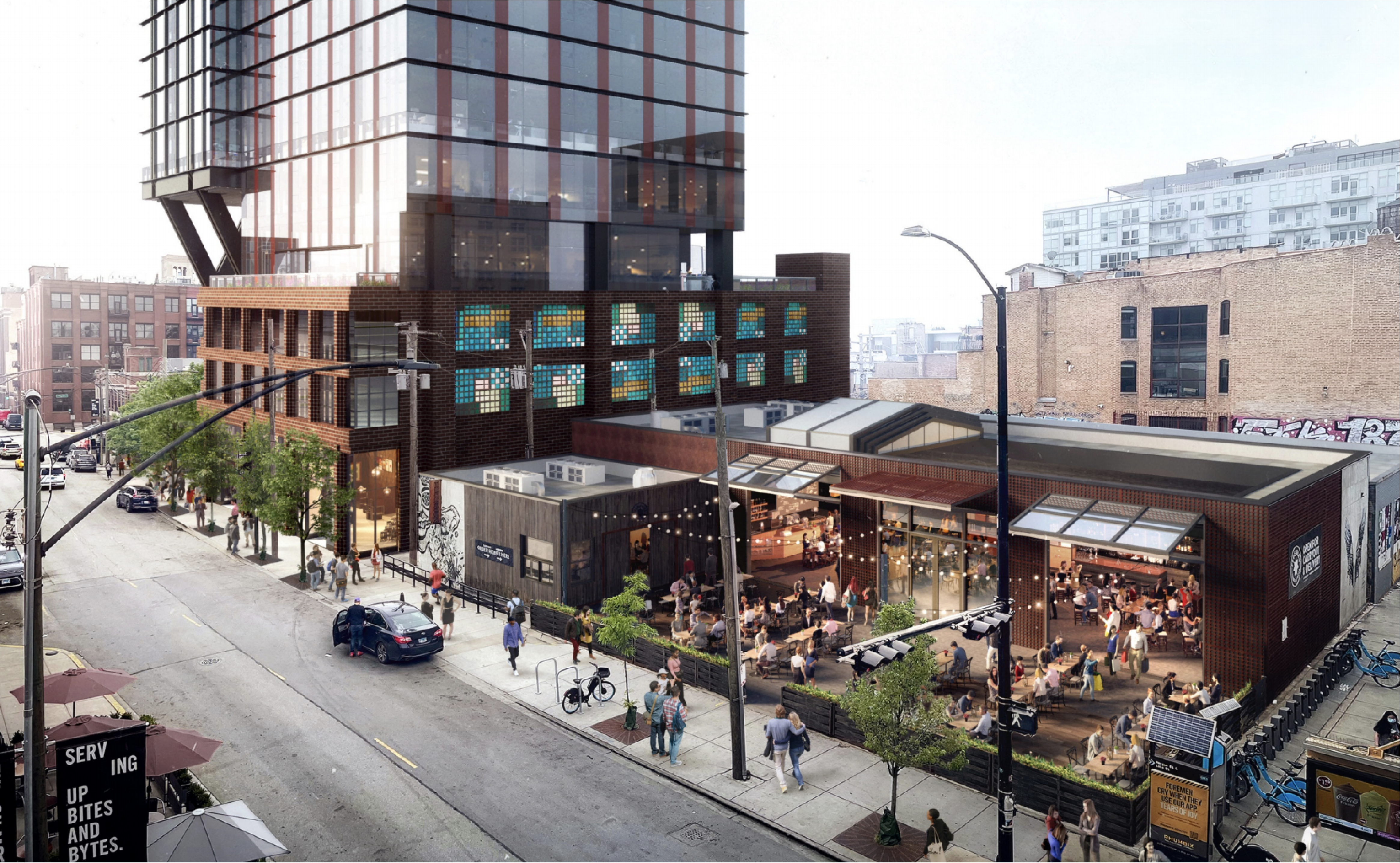 Amenities comprise of an expansive fifth-floor outdoor deck, as well as a rooftop pool deck with sweeping city views. 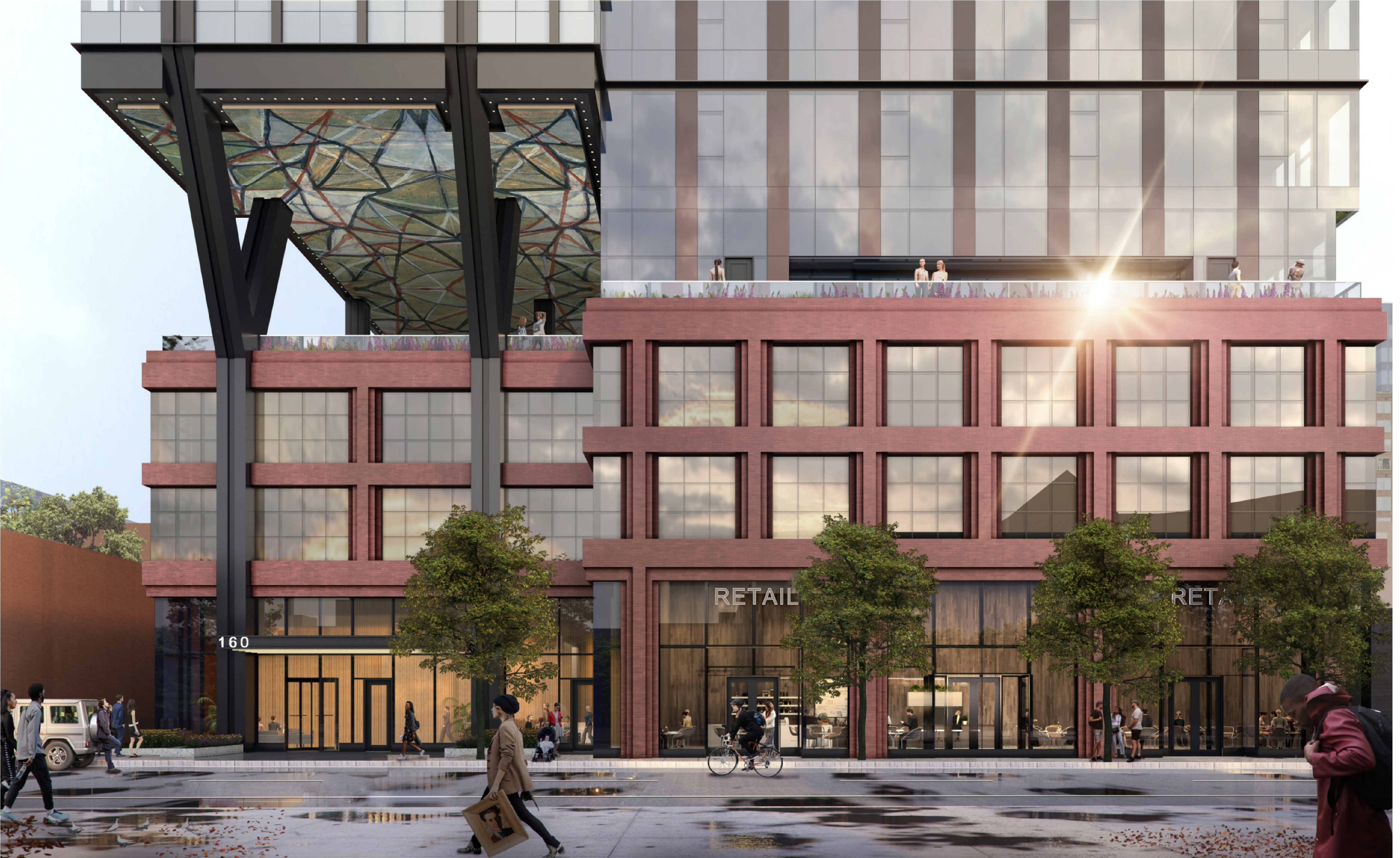 With bKL Architecture as its design architect, the new tower will complement the surrounding streetscape the use of face brick along the four-story podium. The upper residential floors, meanwhile, will integrate a glass and dark metal curtain wall. The south half of the tower will cantilever over the aforementioned amenity deck and the sidewalk below, propped up by a mix of I- and Y-shaped beams. 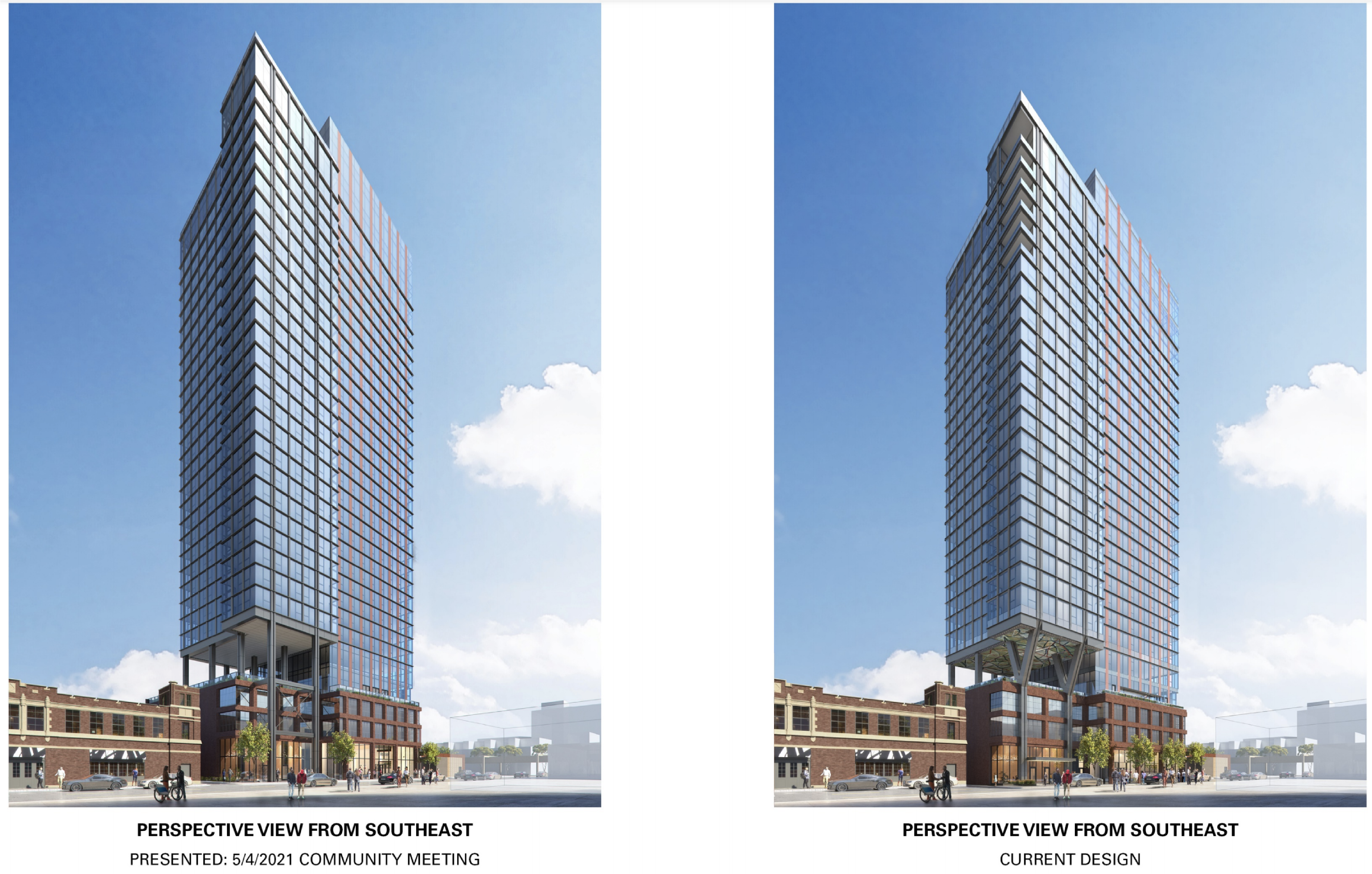 The design has undergone modifications since its inception. The height has been reduced from 33 stories and 380 feet to 29 stories and 350 feet. Other changes include substituting two Y-beams in place of I-beams, a decorative ceiling on the underside of the overhang, a new mural on the north side of the building, as well as balconies on the upper six floors. 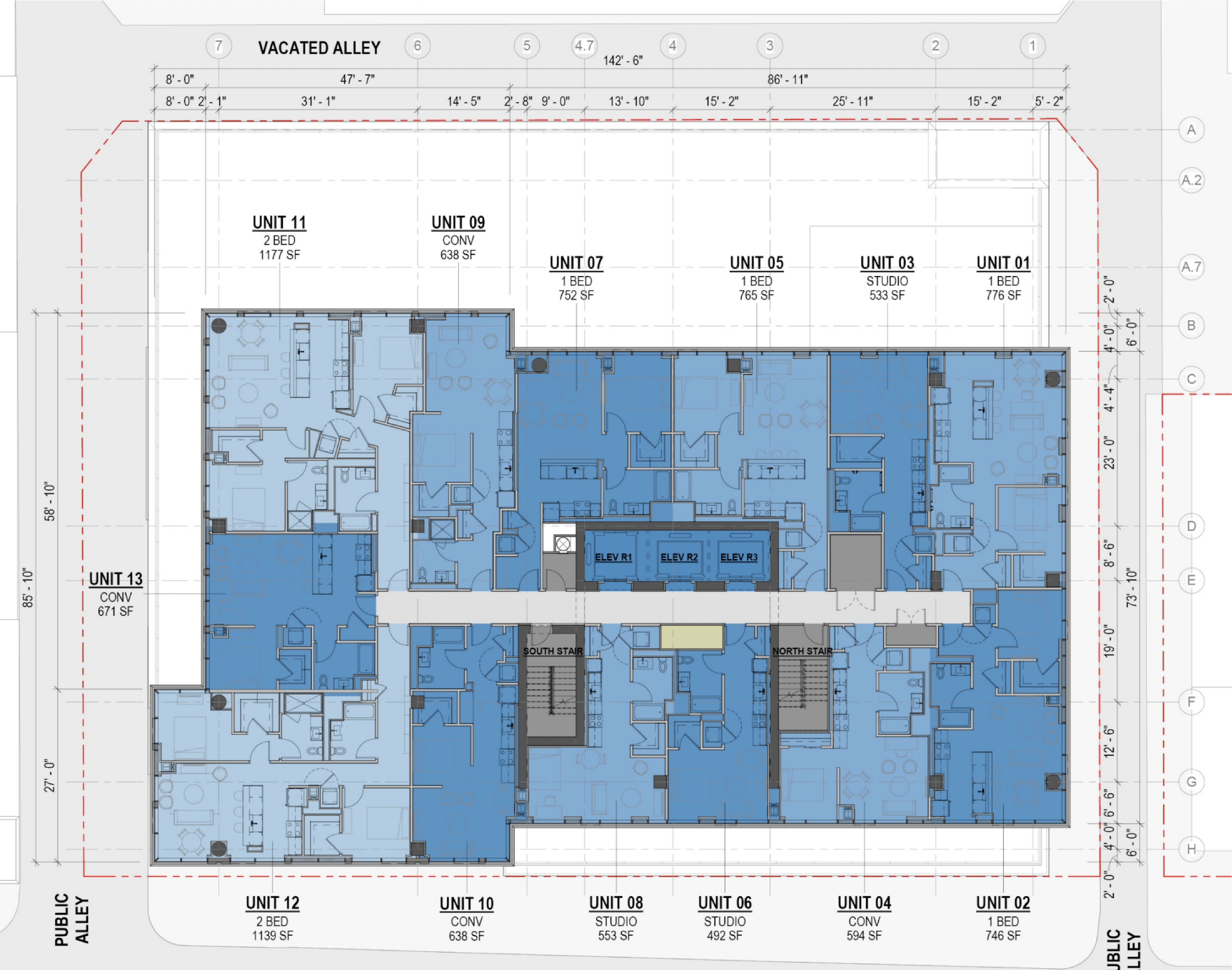 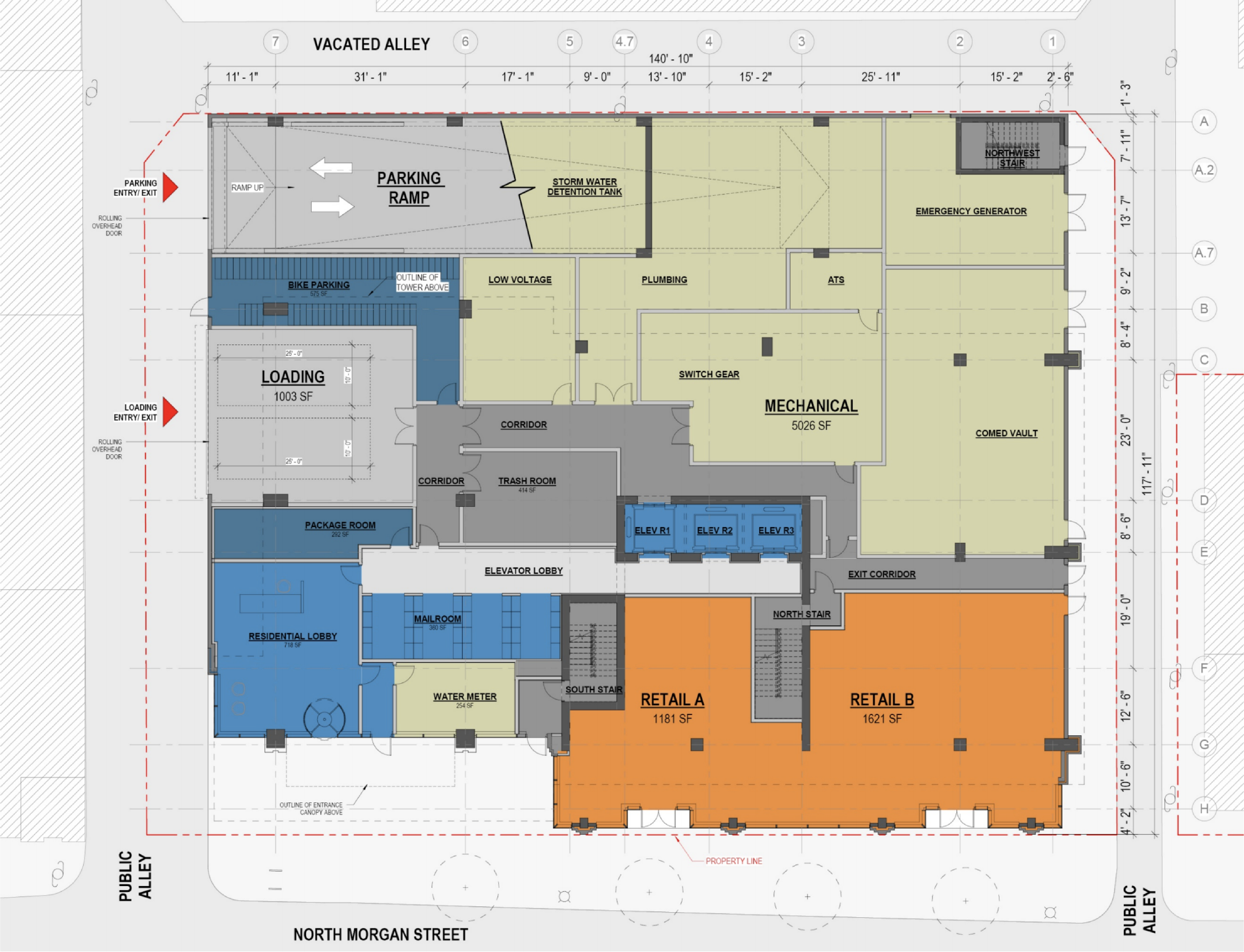 There will be a total of 89 parking spaces and storage for 153 bikes. The site is also closely connected to Chicago’s public transit network, with the CTA L’s Morgan station offering Green and Pink Line service just several paces to the north. Bus stops can be found for Route 20, situated a five-minute walk south at Madison & Morgan. To the east are additional bus stops for Route 8, which line multiple intersections along Halsted. 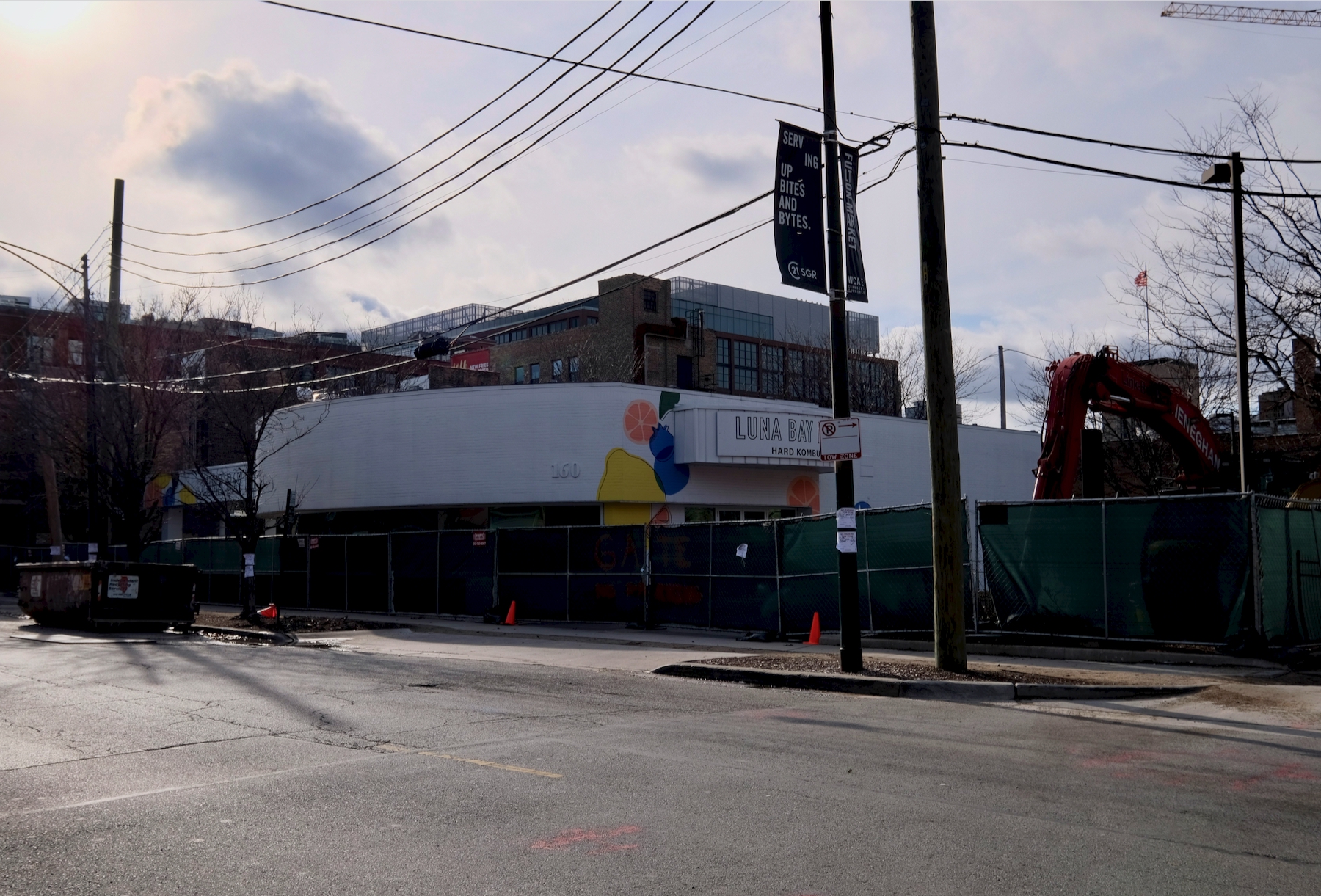 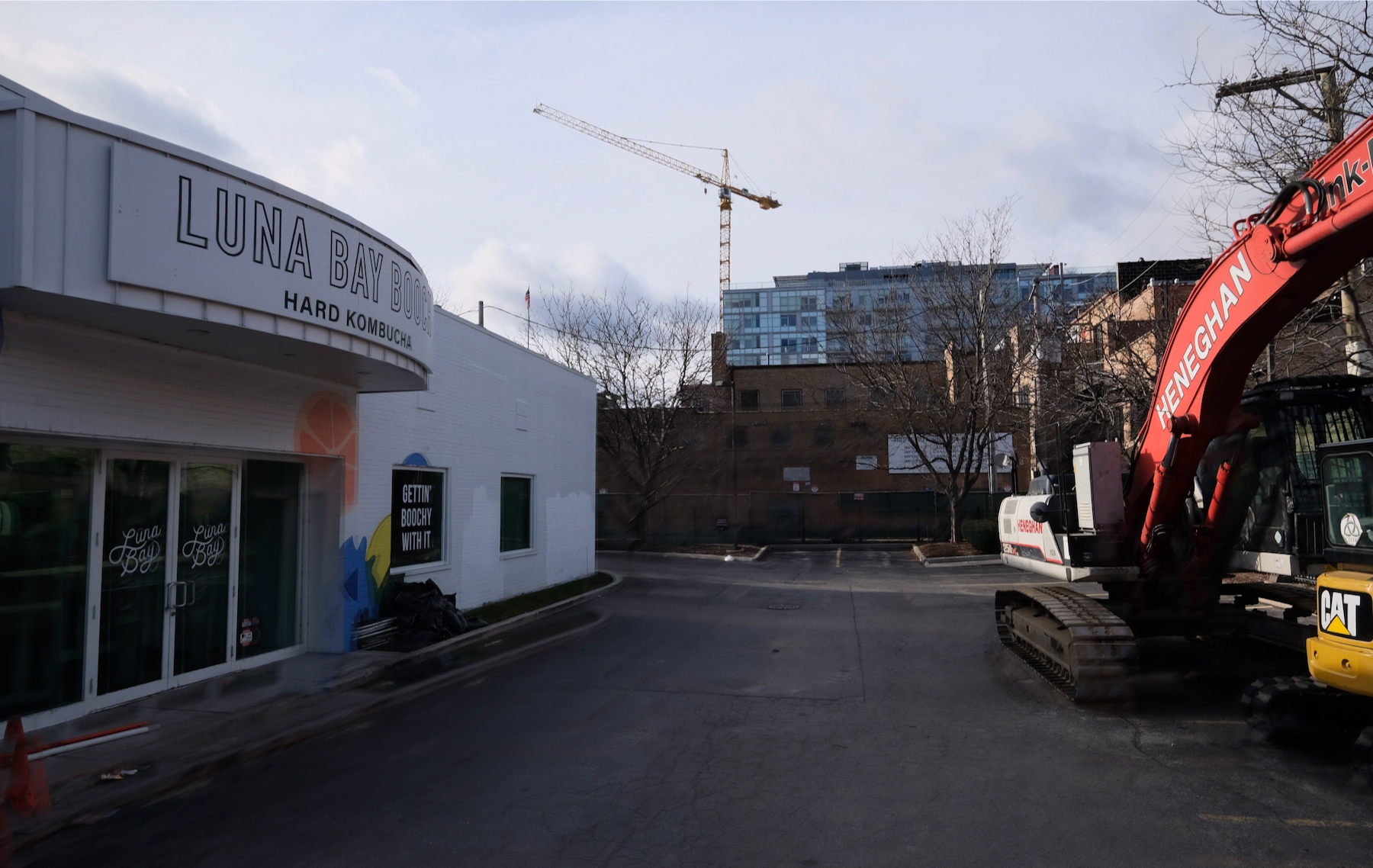 The 160 N Morgan tower will be nearly 60 feet taller than the recently-commenced 160 N Elizabeth, and would rank as #13 in Chicago YIMBY’s countdown were it under construction currently. The sheer number of new buildings at various stages of development in Fulton Market solidifies the district as Chicago’s most rapidly densifying neighborhood.

Heneghan Wrecking Company is serving as the demolition contractor. As of now, caisson permits have been filed but not yet issued. Given its expected construction timeline of 24 months, move-ins should be ready by 2024.