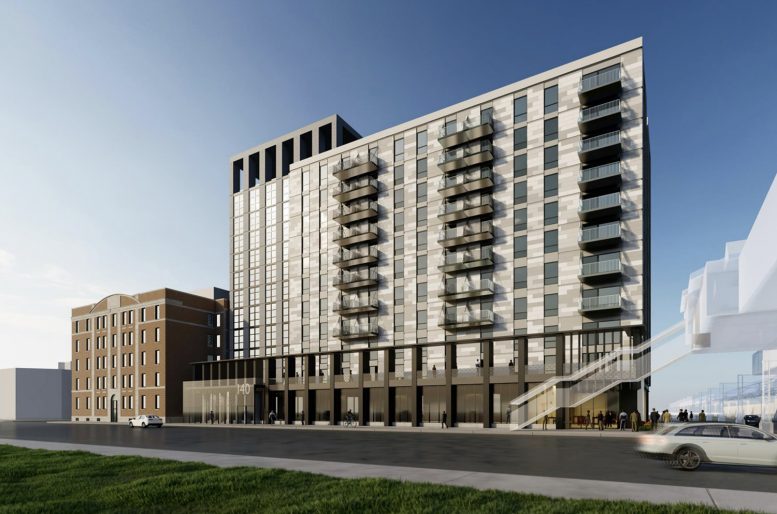 Just south of the CTA L’s Ashland station, fencing can be seen around a three-story midcentury building, which upon its imminent demolition will be replaced by a new 12-story mixed-use building. This 154-foot-tall project by Marquette Companies will integrate with a five-story 1920’s-era building at the south end of the block. The 140 N Ashland Avenue property previously housed the Women’s Treatment Center, whose operations are currently downsizing and prompted the organization to relocate. 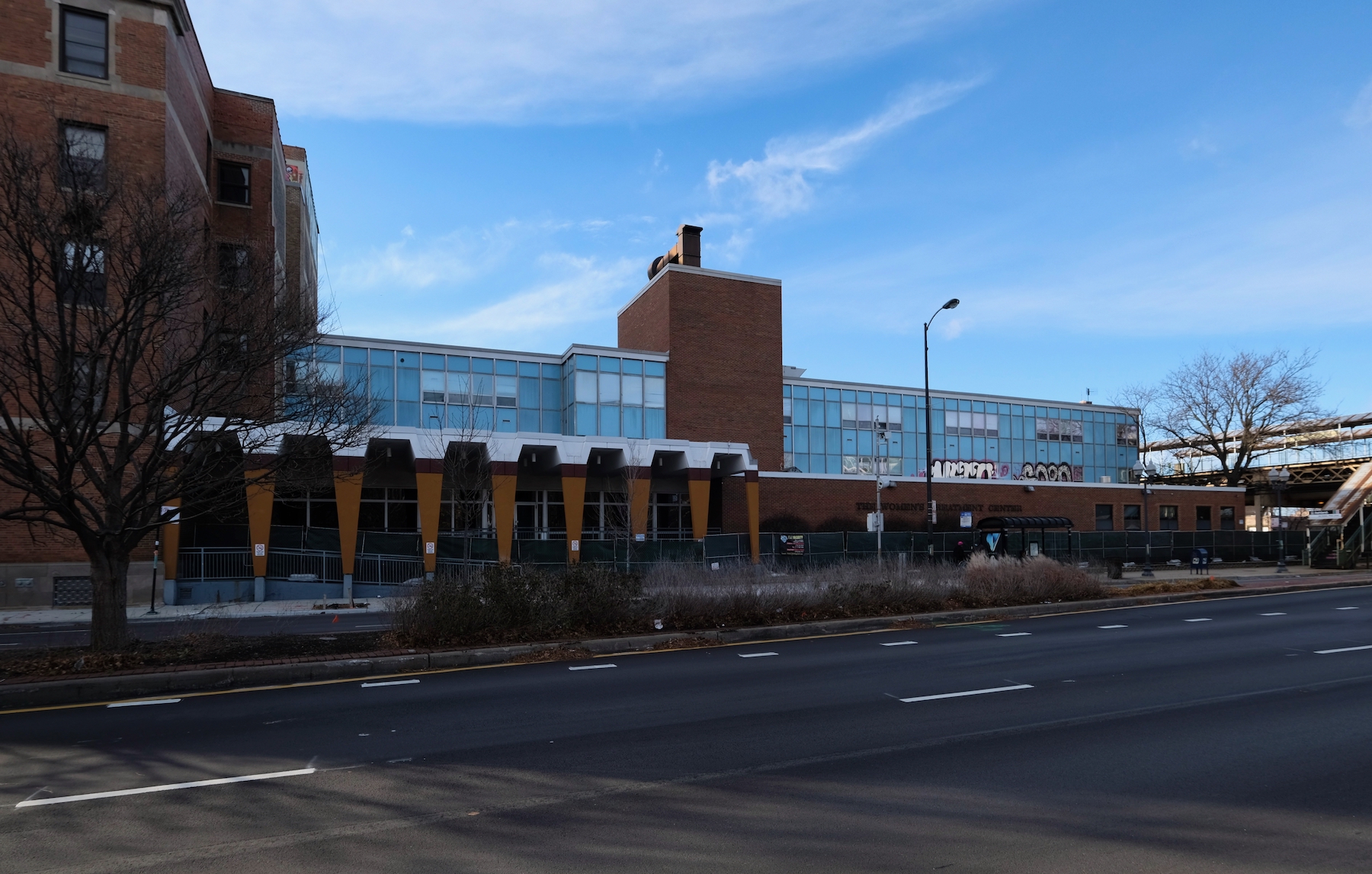 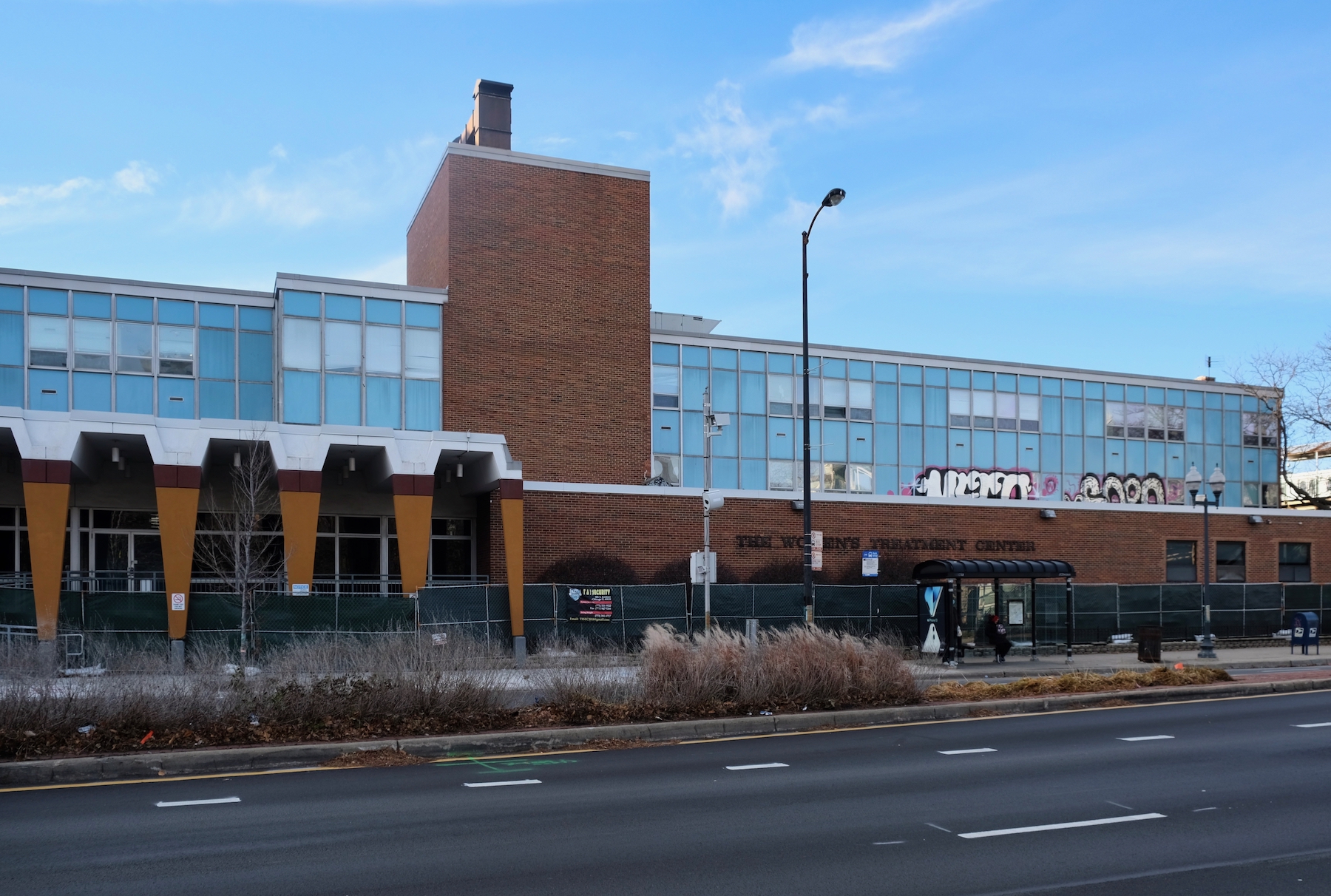 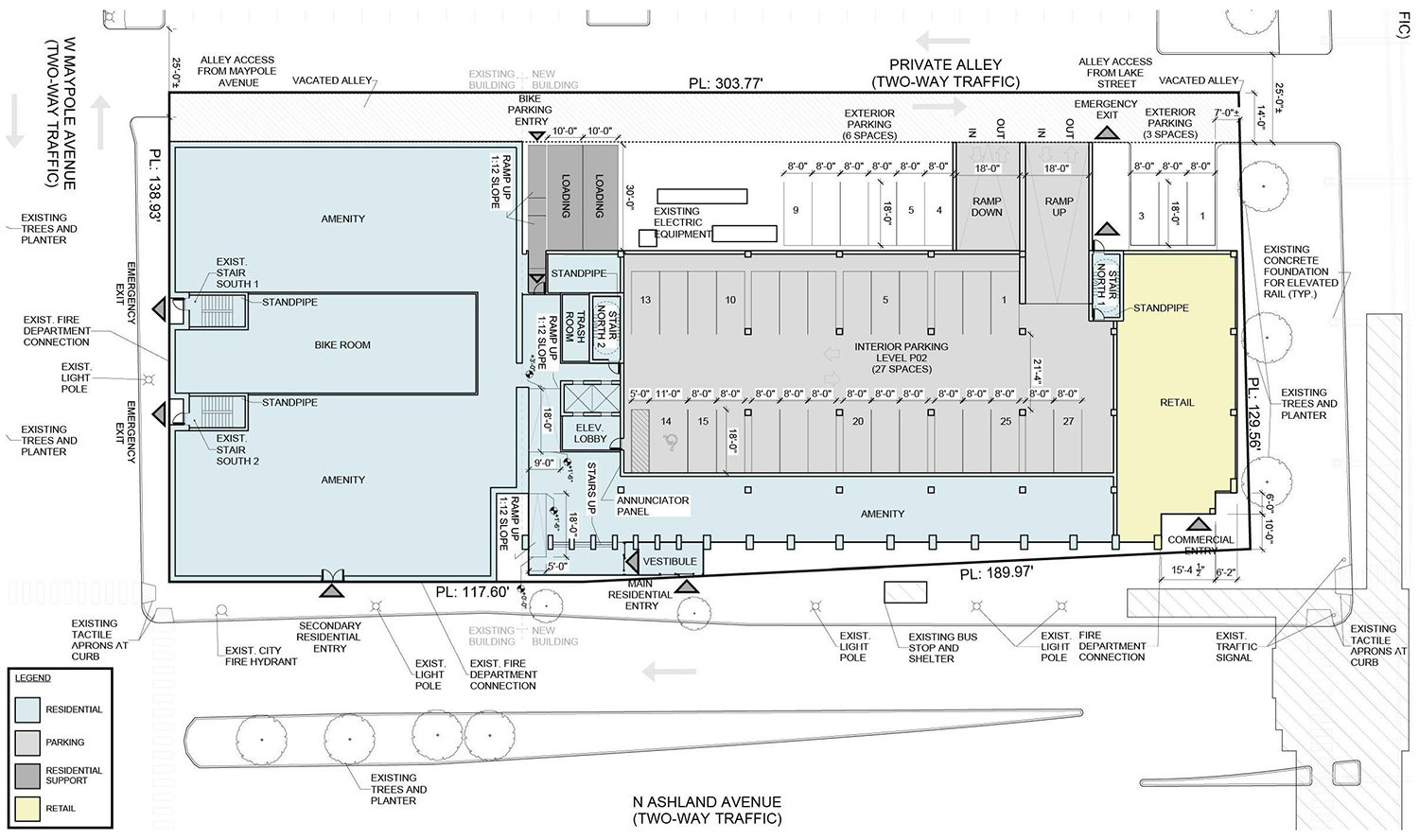 In addition to ground-floor retail, the new construction will provide 210 dwelling units on the upper floors. These rentals will range from studios through three-bedroom units, some of which will occupy the mechanical penthouse atop the existing five-story brick building. There will be various amenity spaces on the ground floor, such as lounge and co-working space. The 12th floor will also house an additional indoor/outdoor amenity deck. 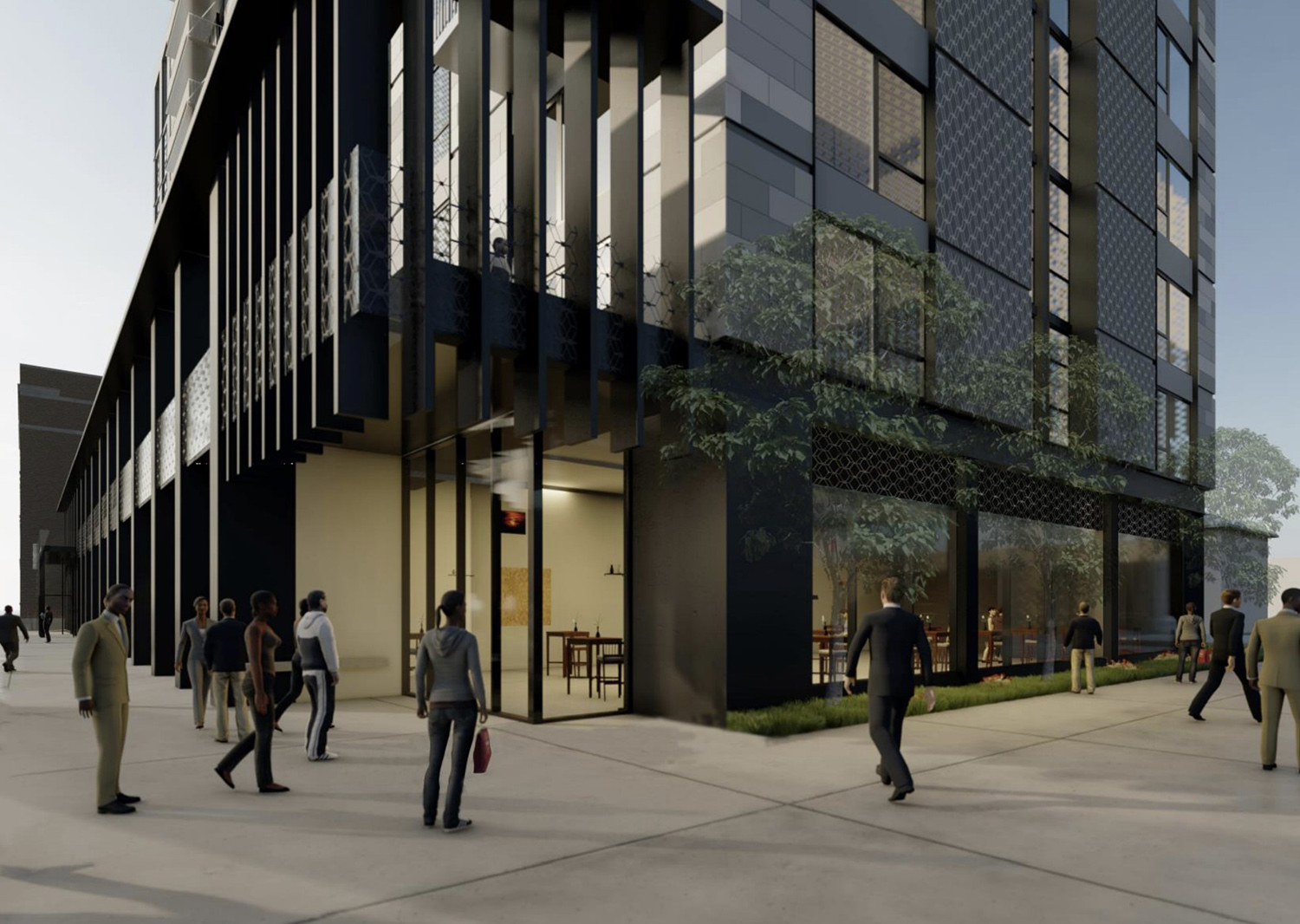 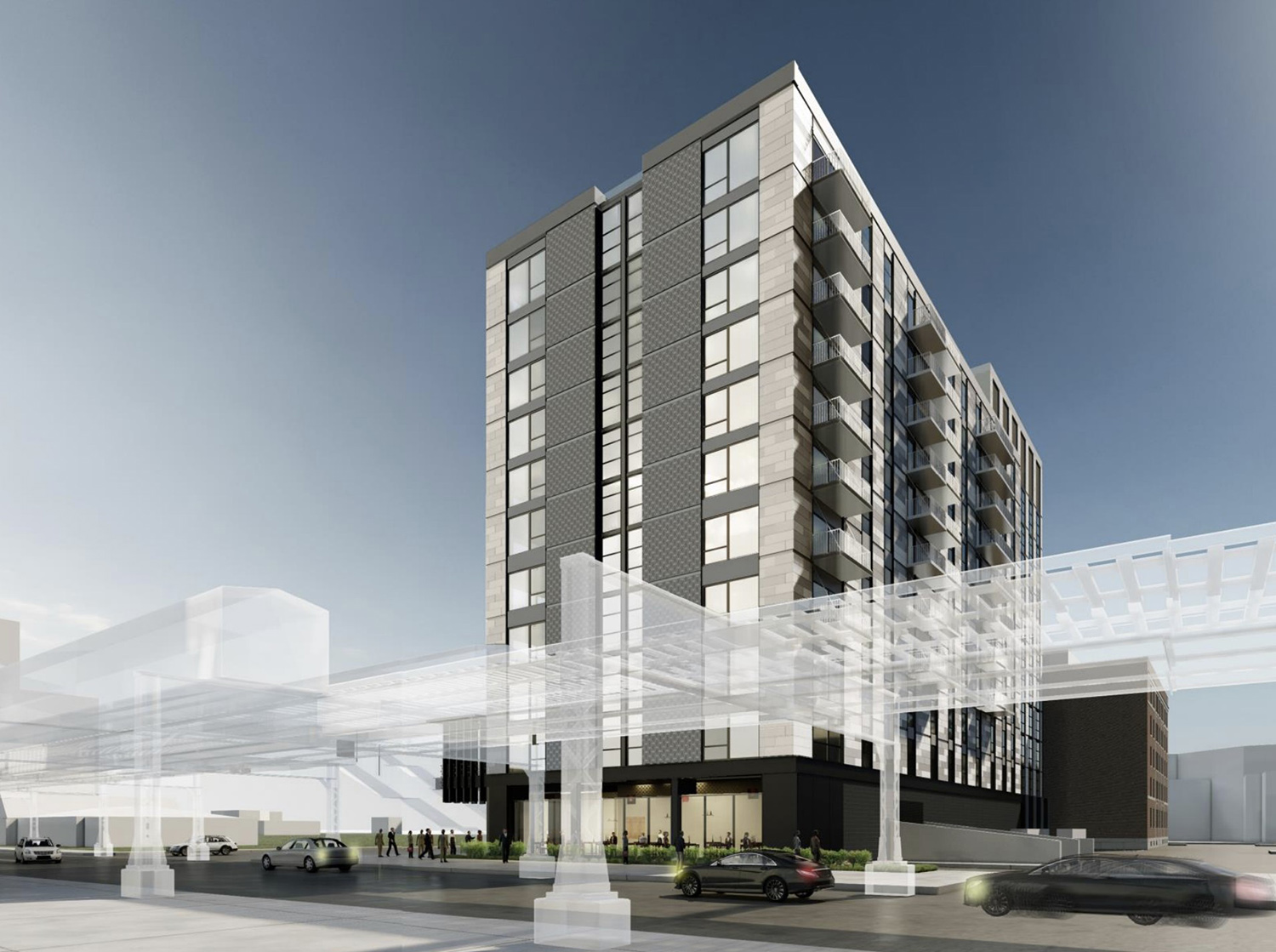 Designed by Brininstool + Lynch, the massing of the new 12-story portion will involve a two-story rectangular podium topped by a 10-story tower. The facade involves a mix of glass, metal paneling, and fiber cement panels of three different lighter gray tones, nodding to the limestone cladding on its prohibition-era neighbor. 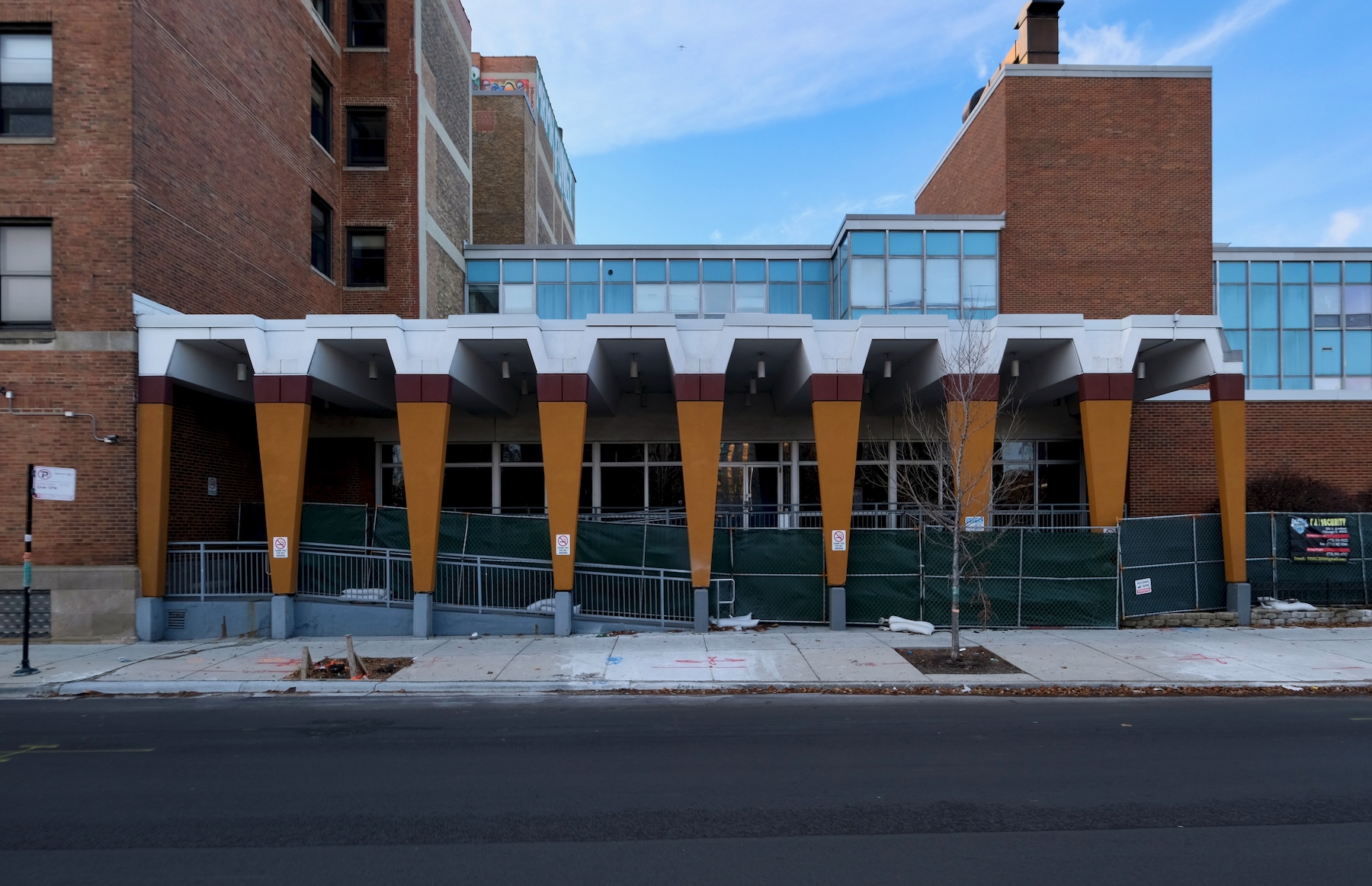 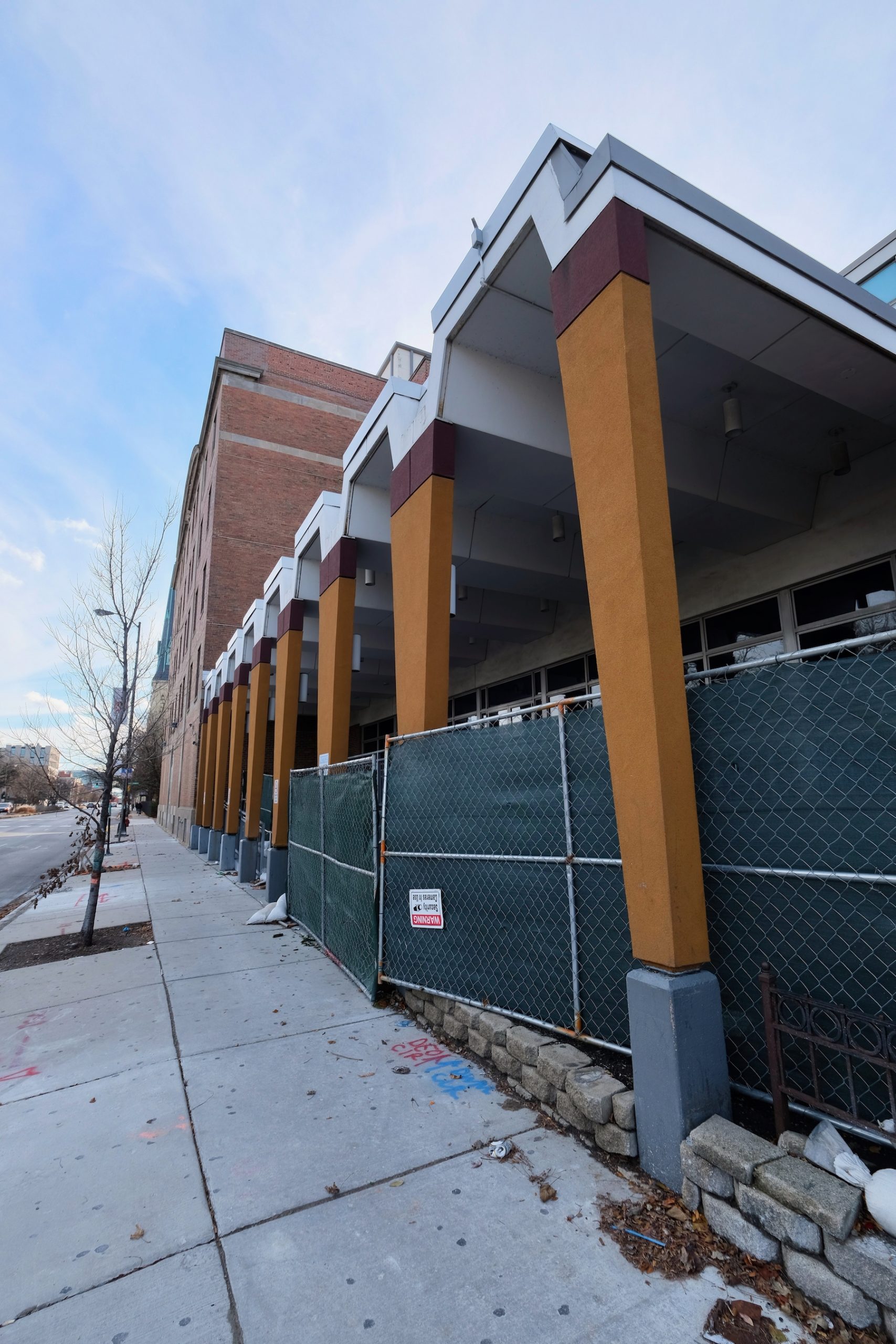 The development will meet ARO affordability requirements with 15 percent affordable housing, totaling 32 units. Of these units, 21 will be on site and the remaining 11 units off site. Sustainability will also be a key component, set to surpass the energy code baseline via the use of green roofs, electric vehicle charging stations, and ensuring the diversion of 80 percent construction waste in the upcoming building process. More indirect factors will include a CTA digital display and its close proximity to transit. 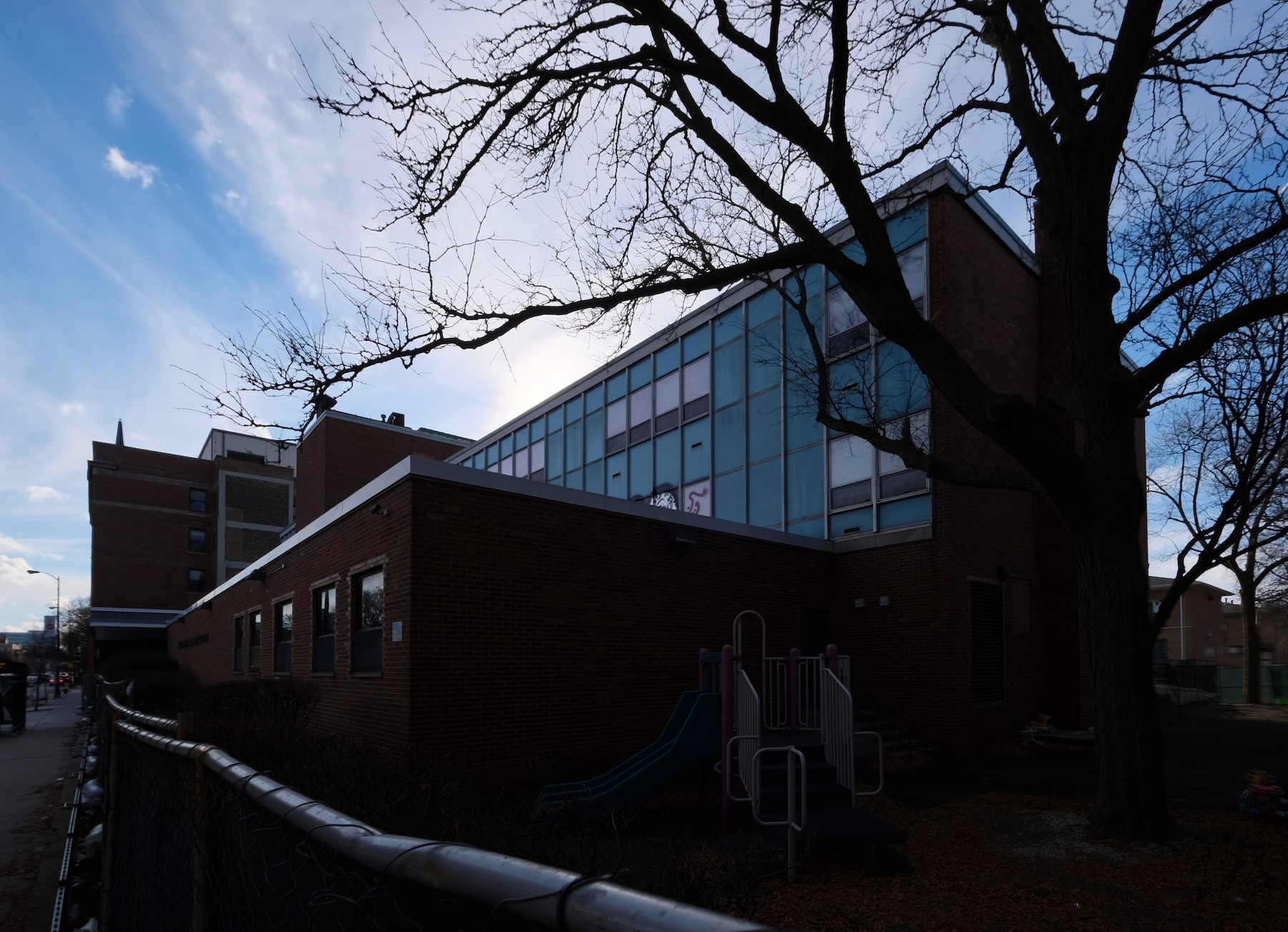 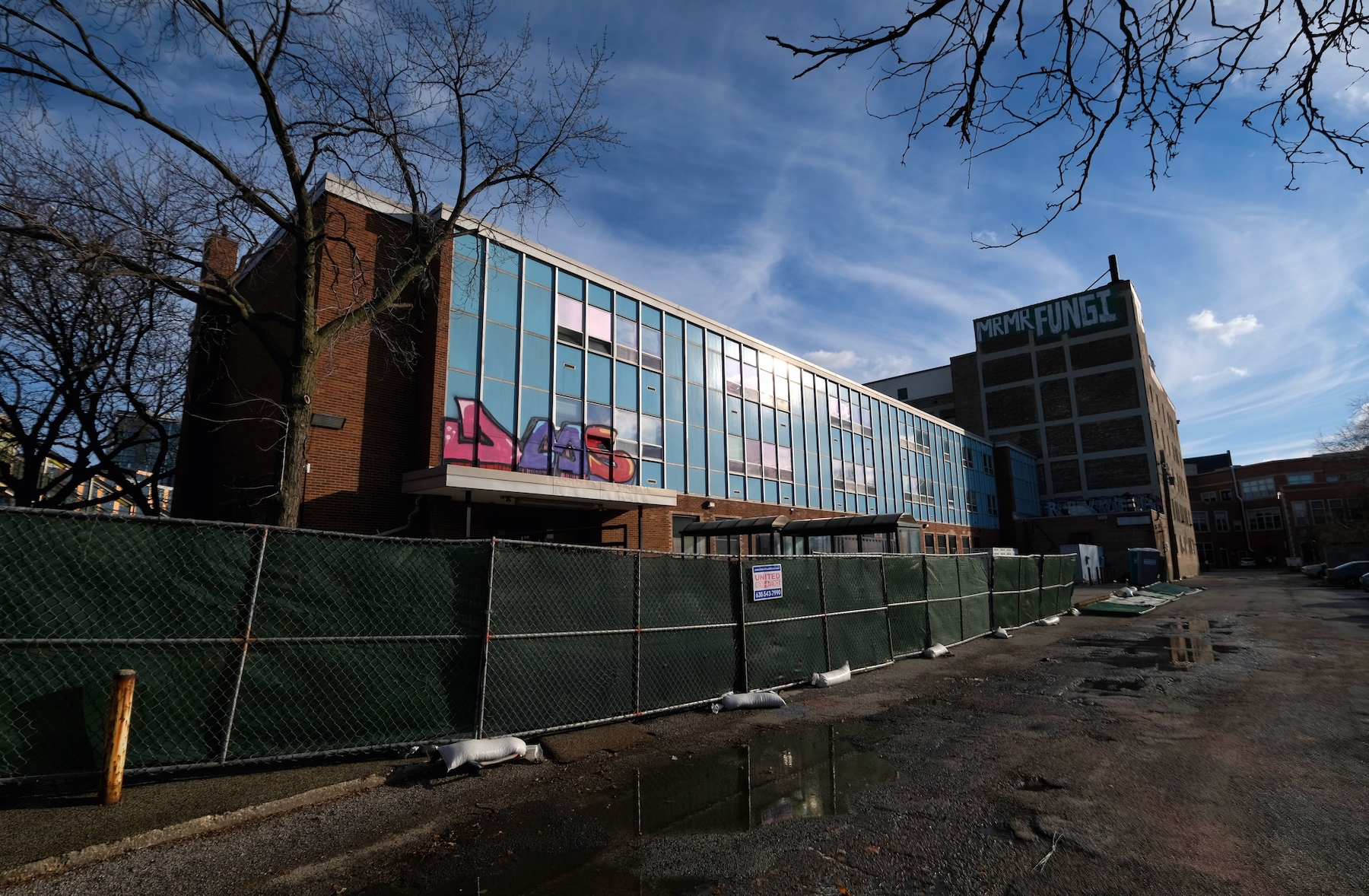