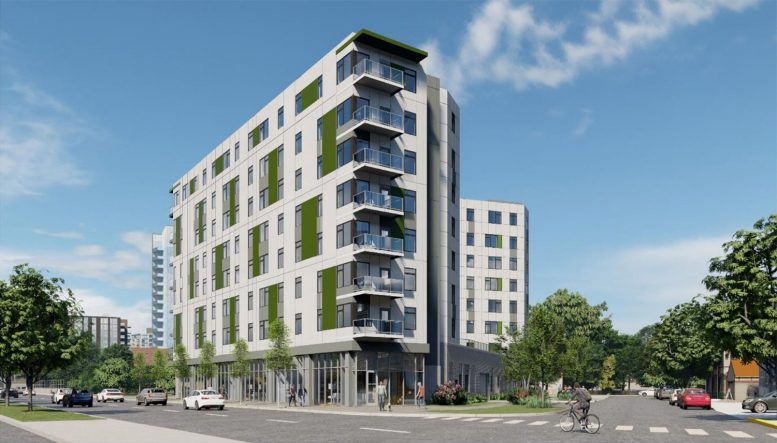 Structural work has reached the fifth floor for an eight-story mixed-use project known as Inspire West Town, developed by Bond Companies. Located at 1140 W Erie Street in West Town, the project’s scope involves ground-floor retail, 113 apartment units, and various amenities. Six of the 113 units will be affordable, while another 17 off-site affordable units will be subsidized by the developer. 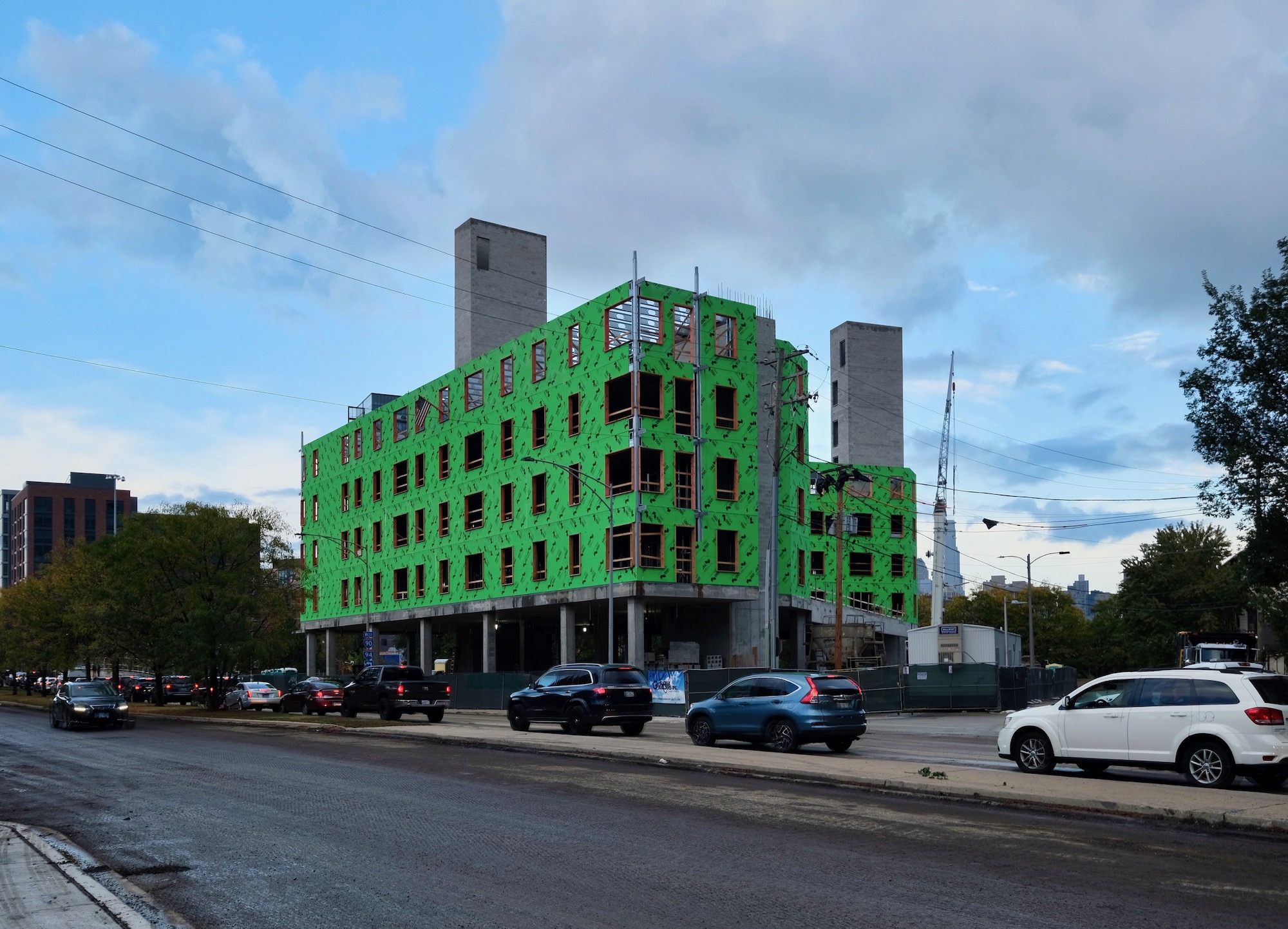 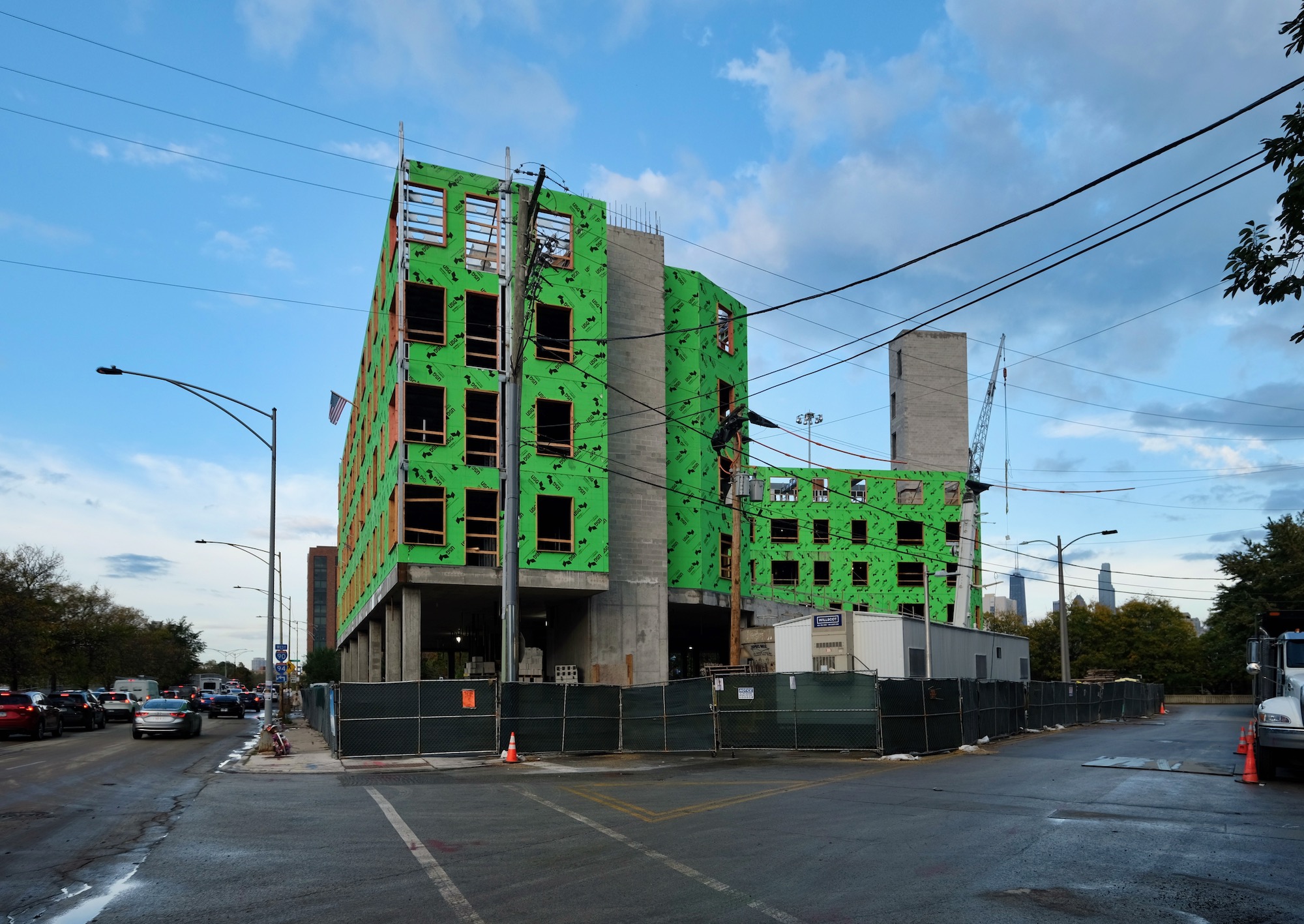 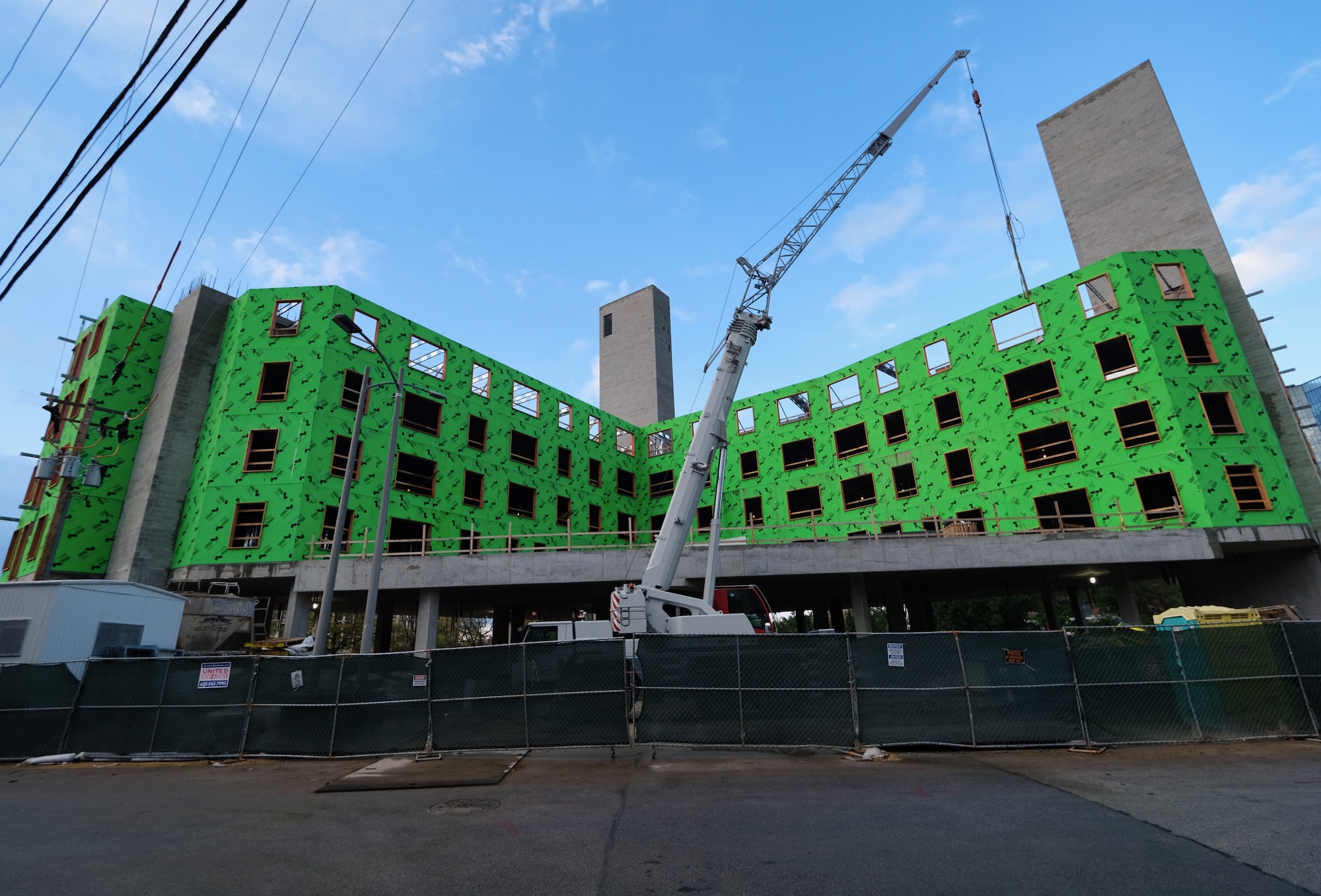 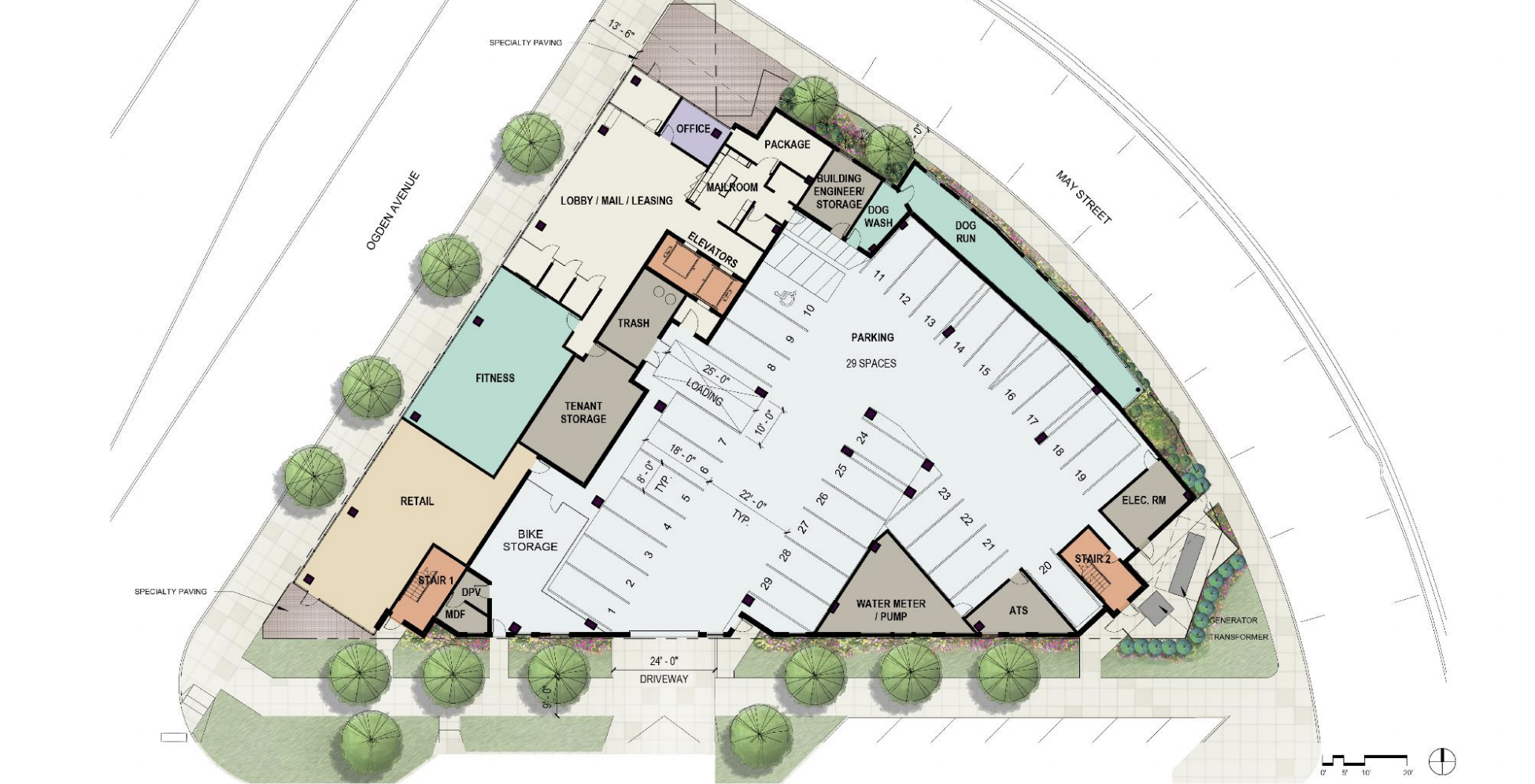 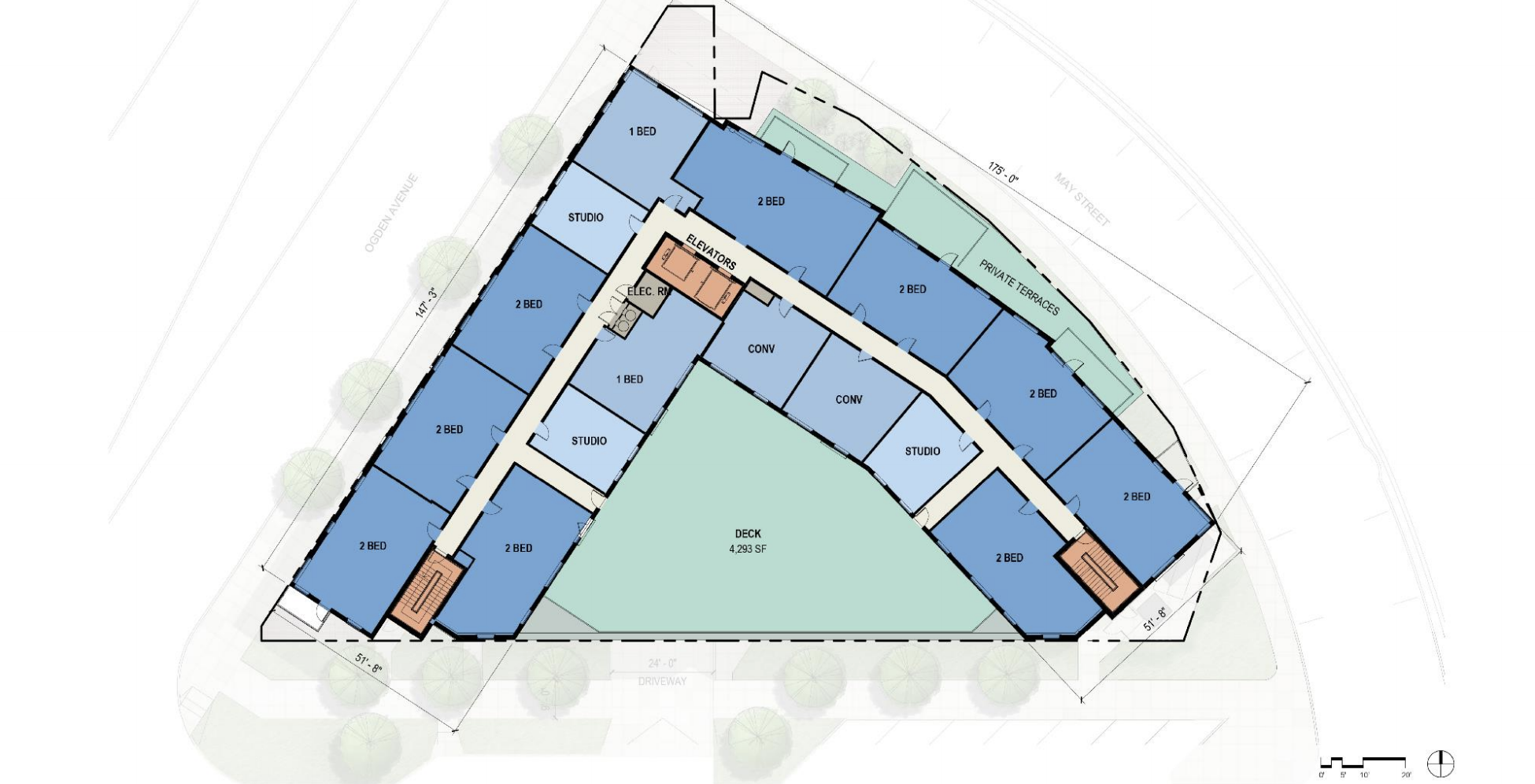 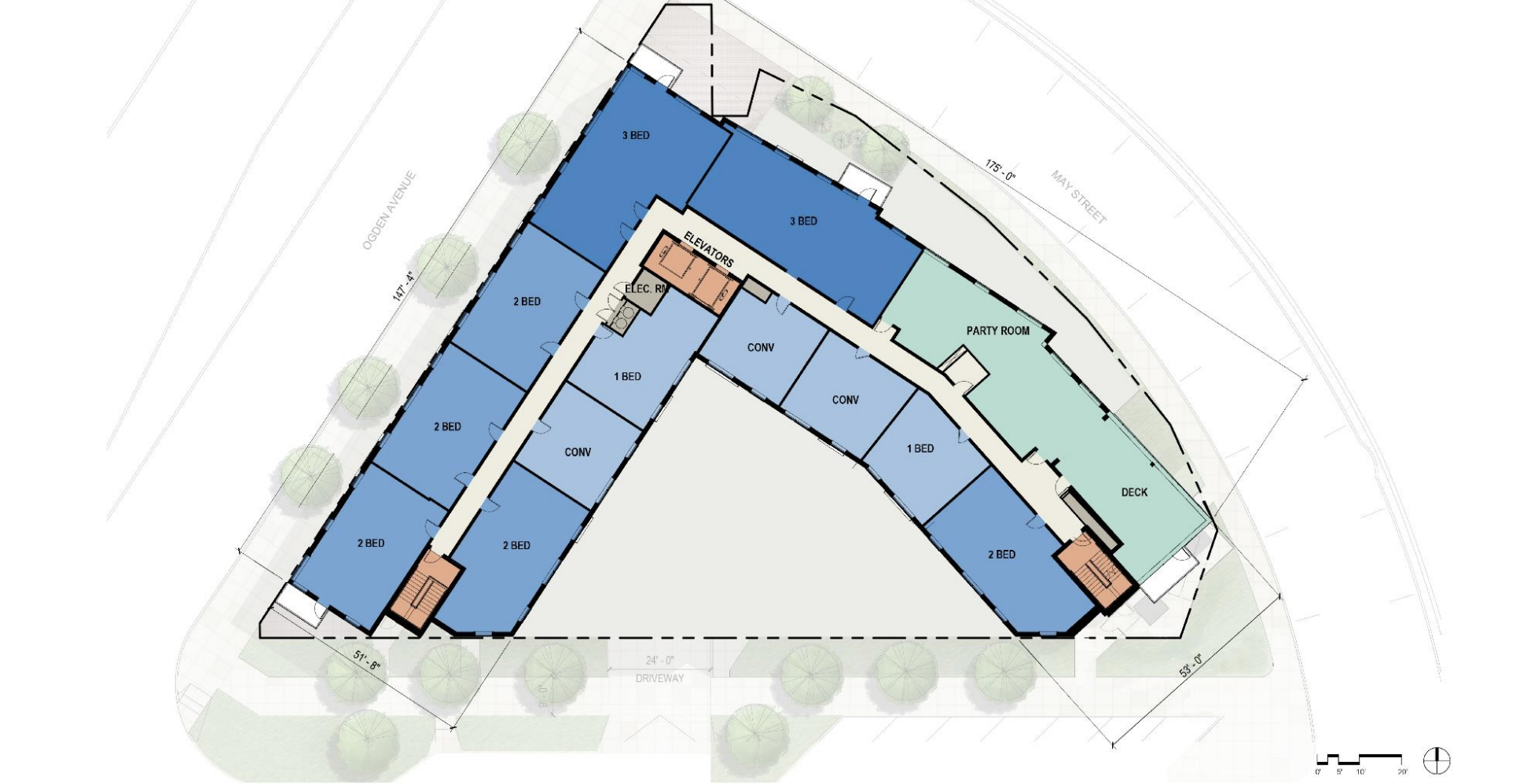 Apartments will range from studios up through two-bedroom residences, and will come with amenities such as a fitness center, a dog run and spa, and a rooftop deck with dramatic skyline views. On the second floor will be an additional 4,300-square-foot deck. 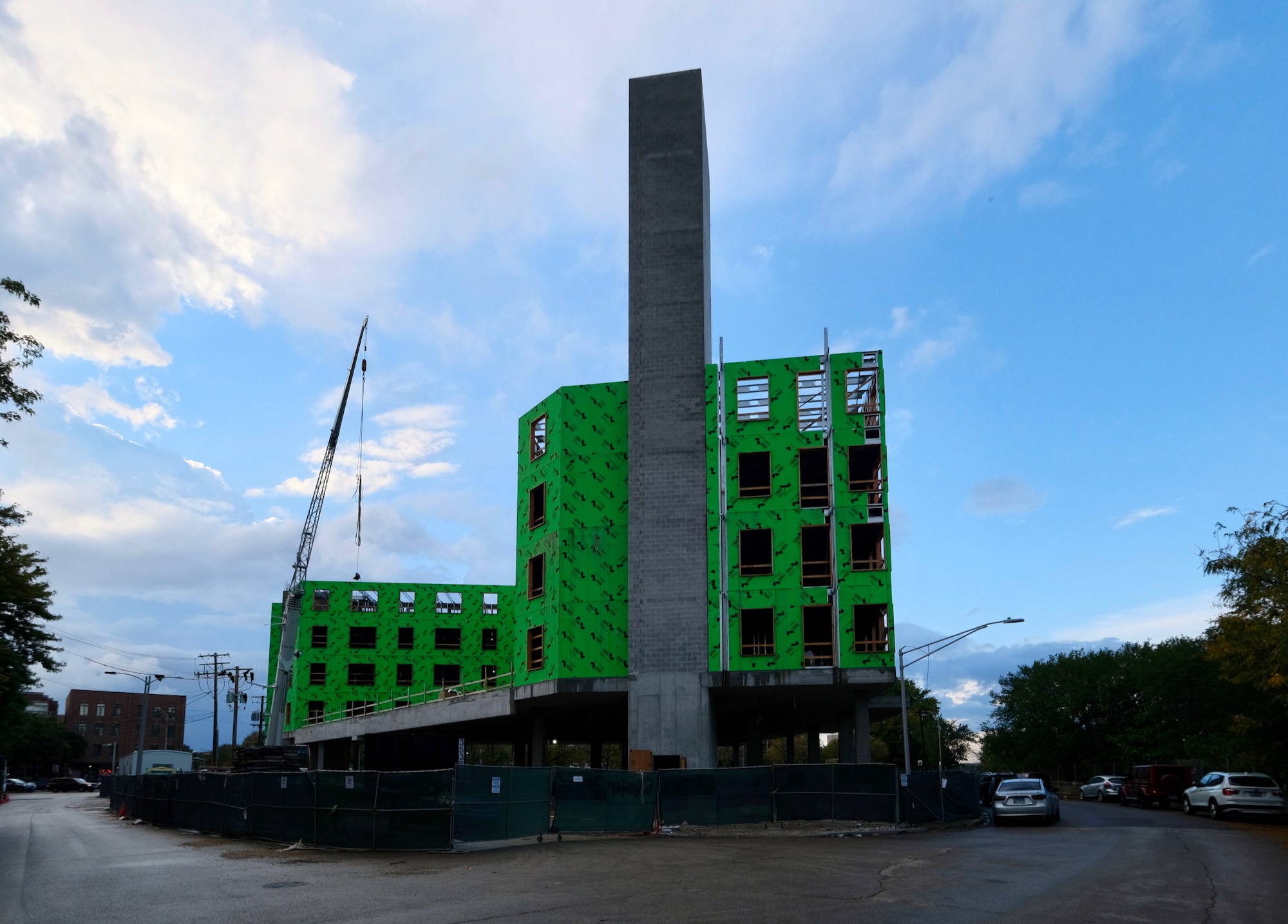 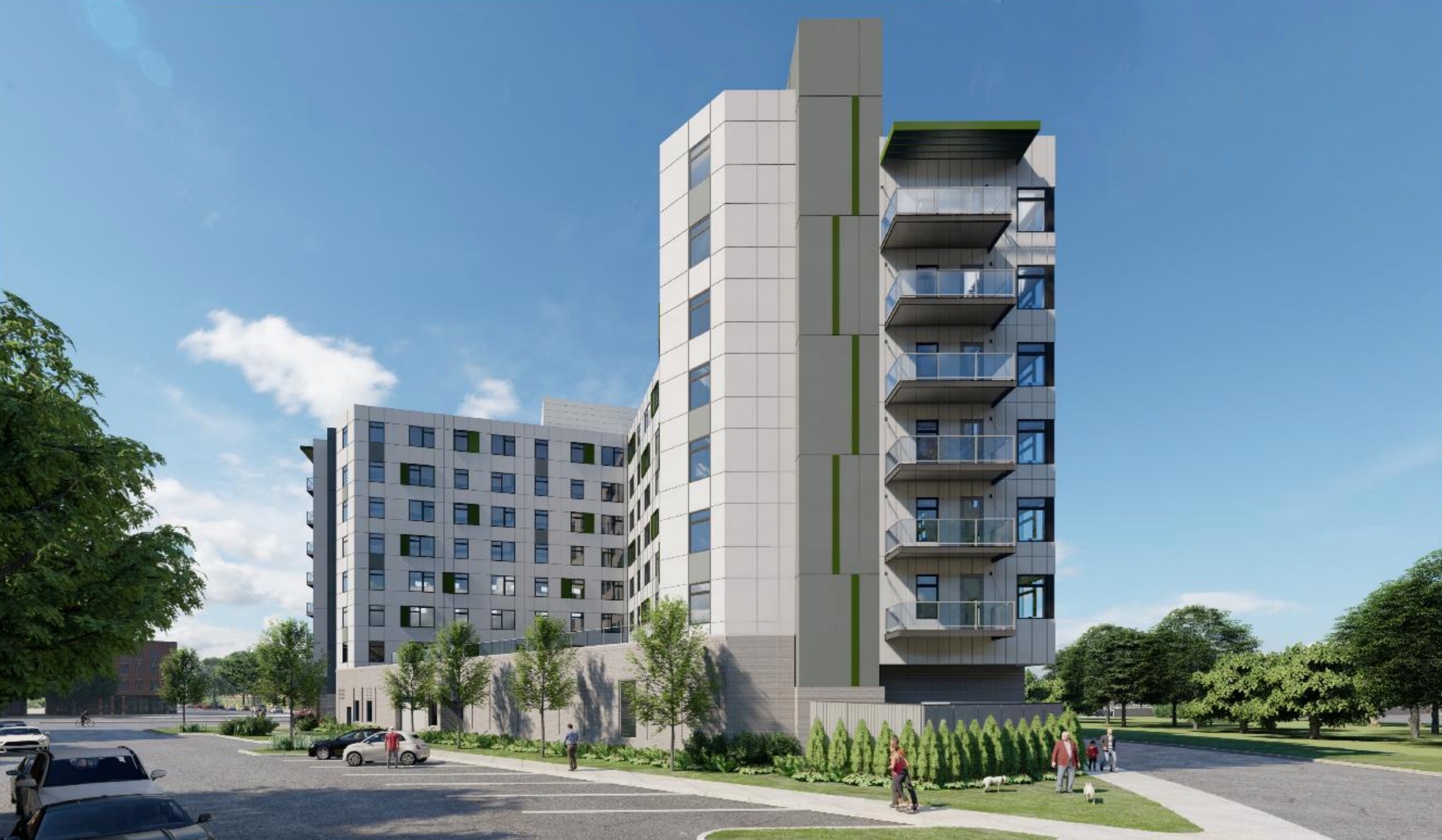 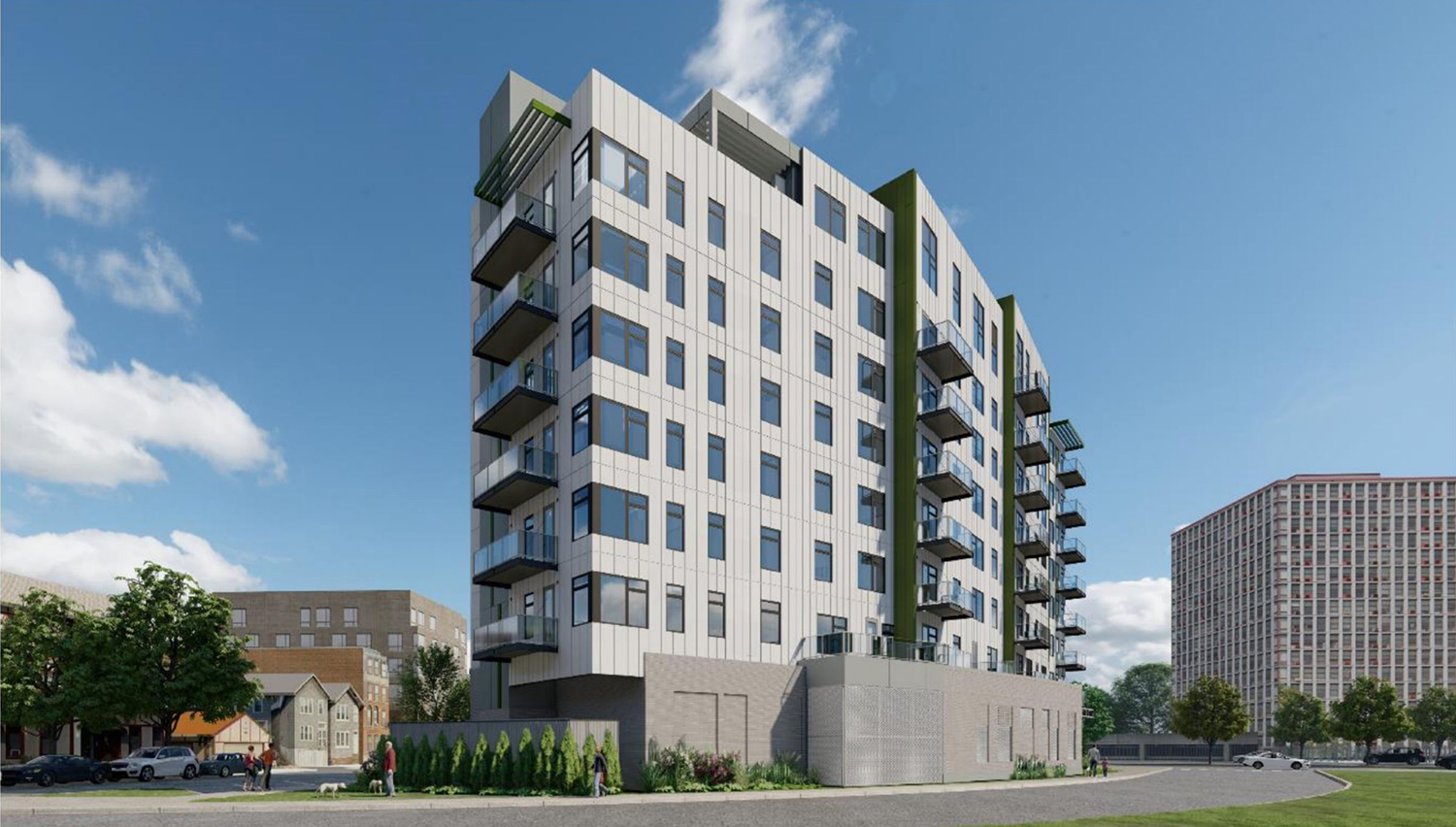 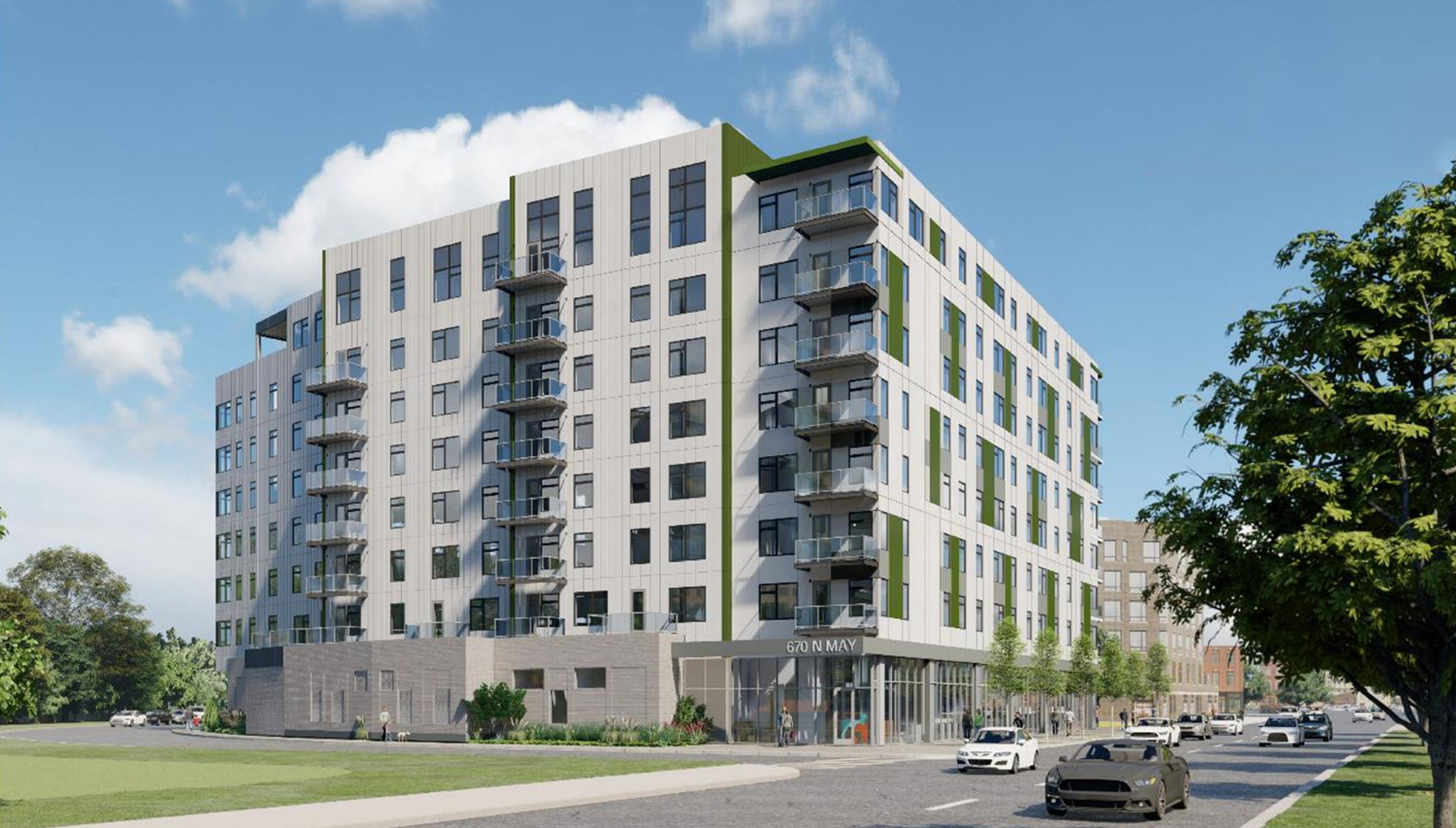 Fitzgerald Associates is the project architect. The shape of the podium is triangular to fit in line with the irregular lot shape. The upper portion of the massing involves a V-shape that is oriented around the second-floor deck. The facade, meanwhile, entails a combination of stone and brick around the first floor, then metal panels of various colors enclosing the upper floors. 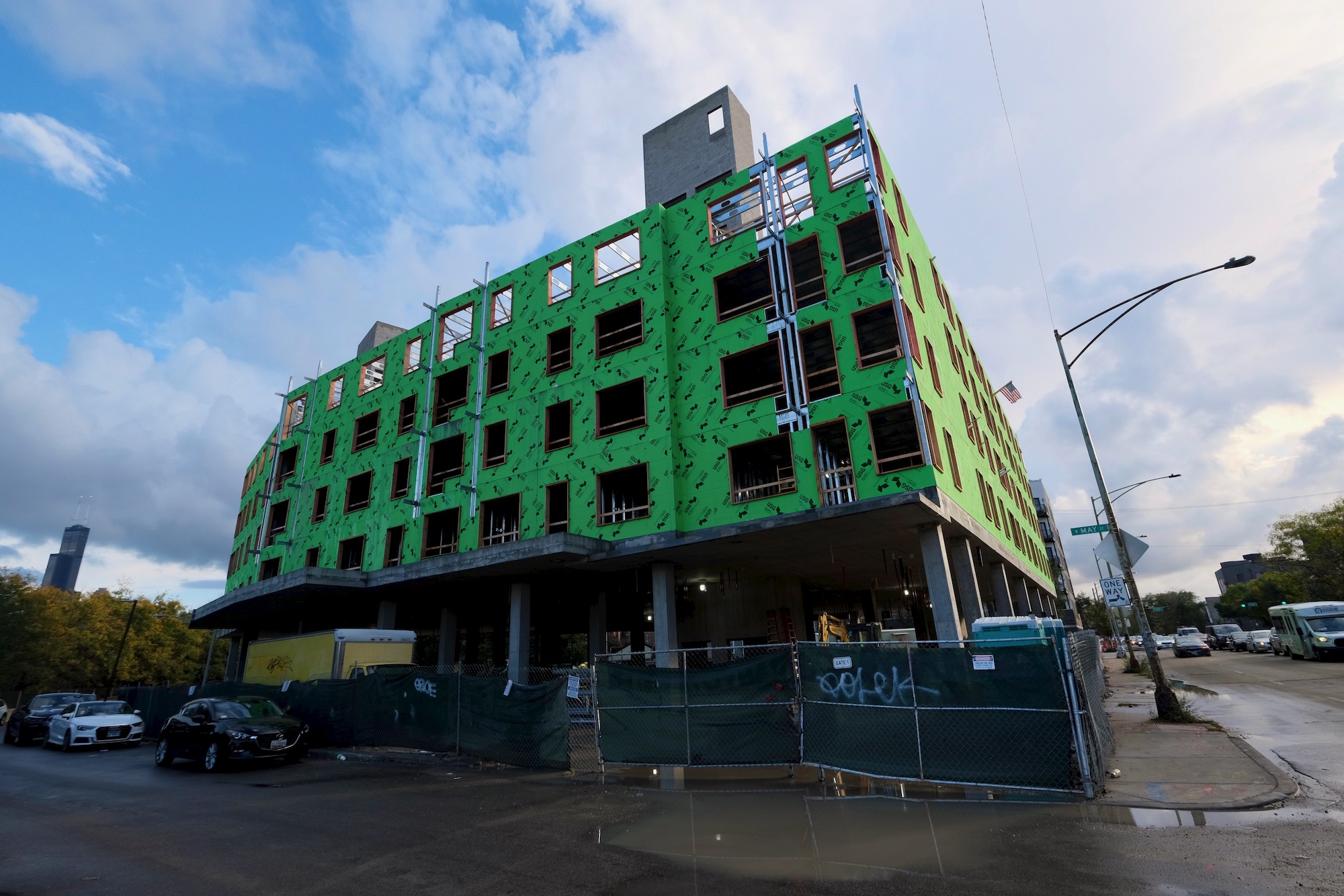 While only 23 off-street parking spaces will be provided, the transit-oriented Development will offer 86 bike spaces and a wealth of public transit options in the immediate vicinity. Closest bus service includes stops for Route 65 via a four-minute walk northwest to Grand & Racine. Additional stops for Routes 56 and 67 can be found via a six-minute walk northeast to Milwaukee, Ogden, & Chicago. This intersection also accommodates the CTA L, with the Blue Line at Chicago subway station directly underneath. 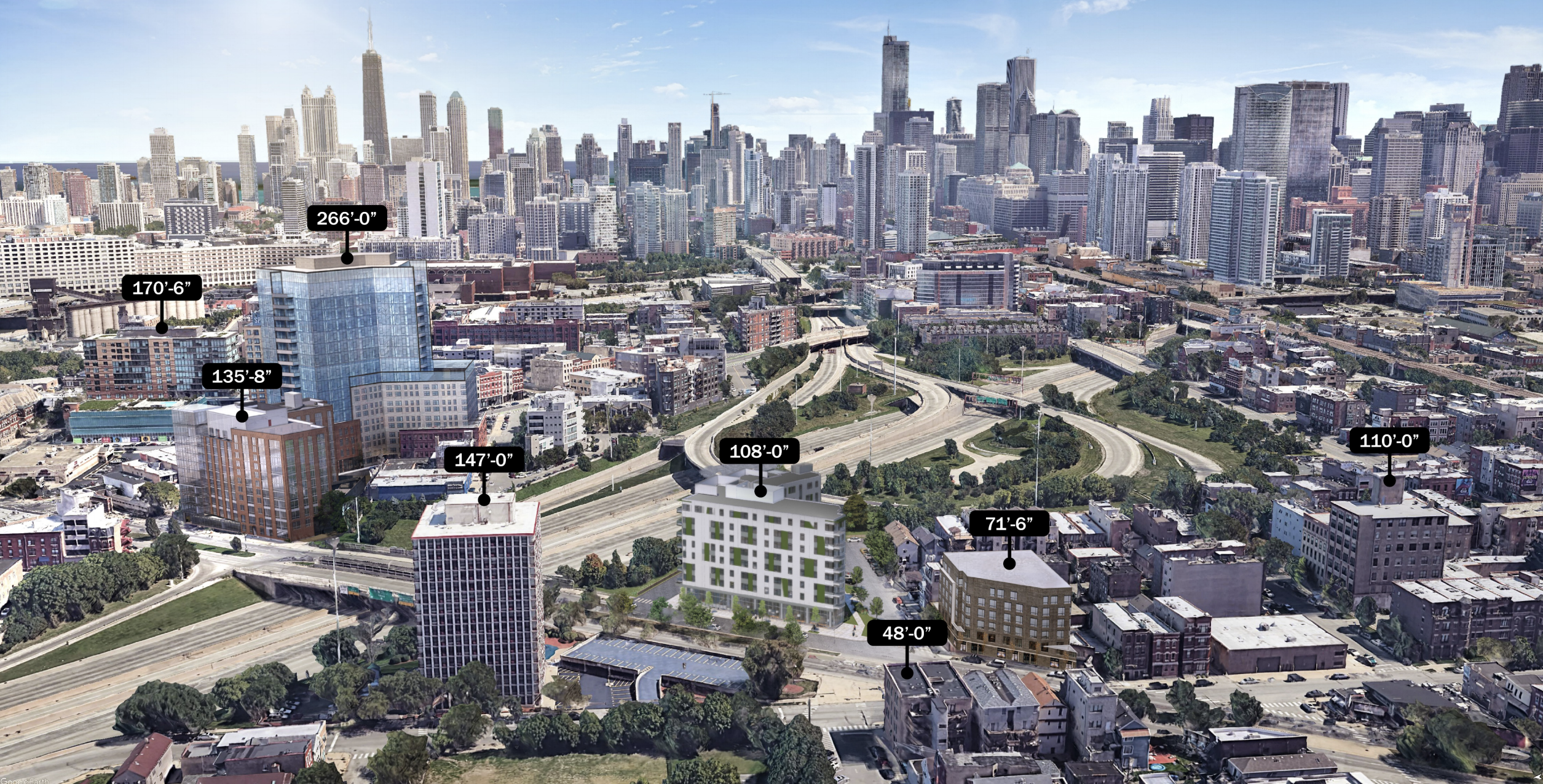 Inspire West Town is another development to add to the increasing density of the neighborhood, rising in tandem alongside other significant projects such as the nearly completed Nevele22 or the recently completed Avenir. 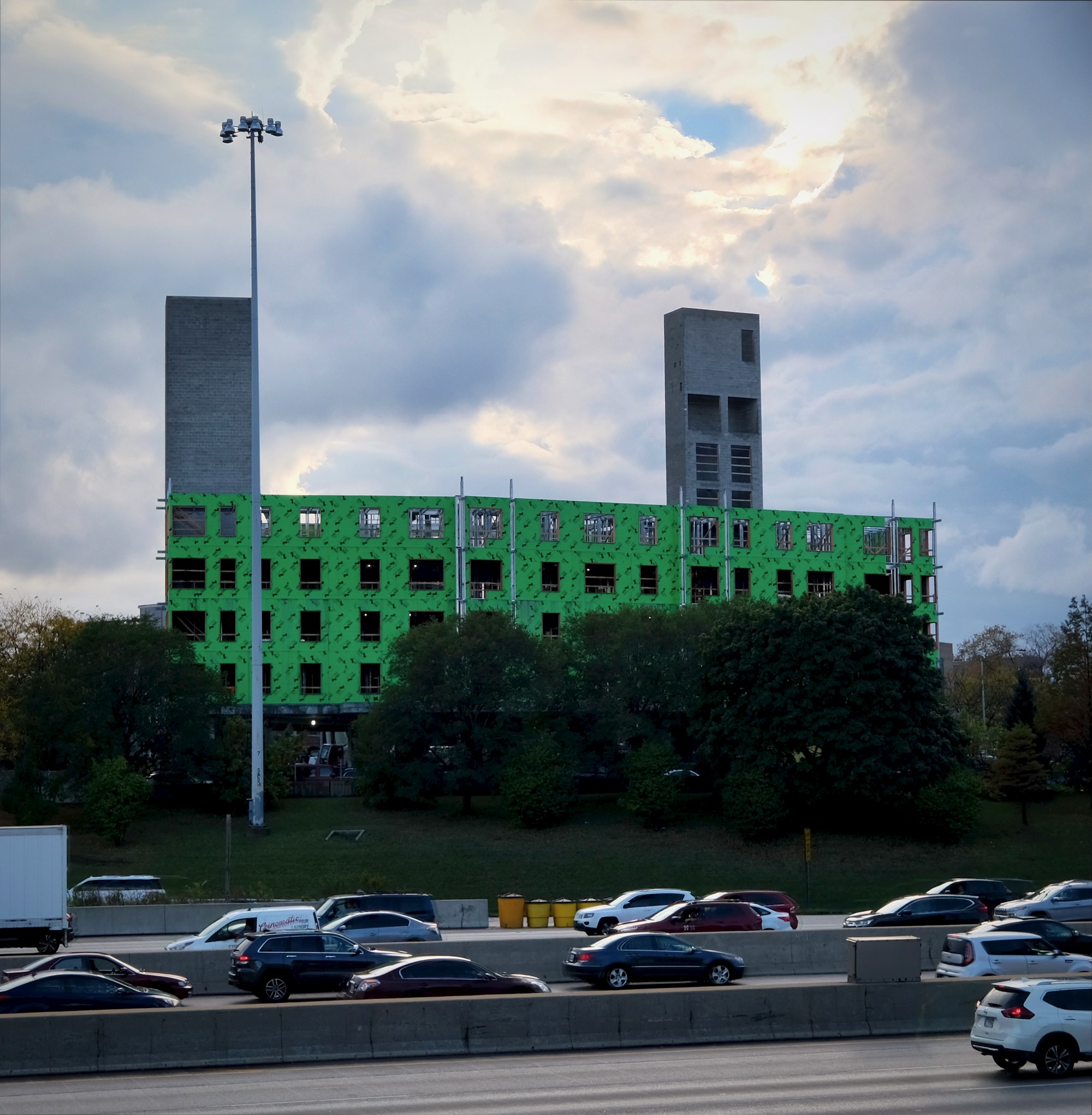 With a price tag of $40 million, Global Builders is the general contractor. Construction and move-ins have been penned for 2022.