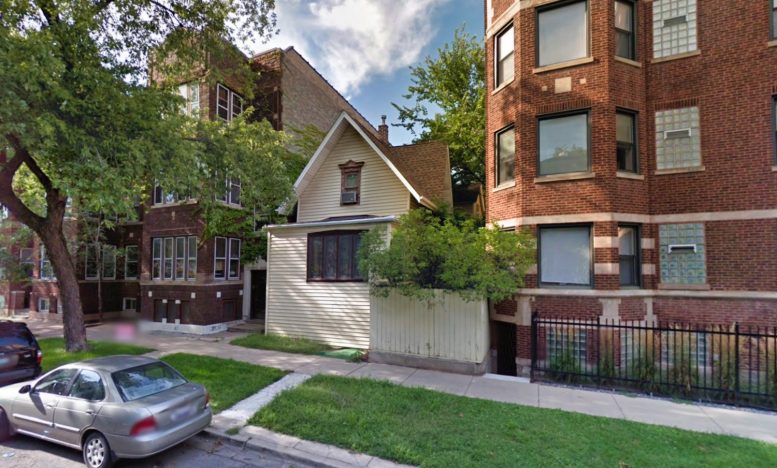 Construction permits have been issued for a three-story residential building at 1462 W Winnemac Avenue in Uptown. Yuliya Bednarchuk is the filing owner, whose plans include three total units, a rear terrace on the first level, a rear deck with stairs at the second and third floors, and a detached three-car garage with a rooftop deck. The new development is set to replace a two-story frame residence.

John Hanna of Hanna Architects is the listed architect of record. No drawings or renderings have yet been revealed, though multiple masonry contractors may indicate a stone or brick facade.

Nearest bus transit includes north and southbound stops for Route 22 at the intersection of Clark & Winnemac, less than a minute walk west. Additional stops for Routes 92 and 50 lie within a five-minute walk northwest. Other slightly further bus routes in the area consist of 146 to the northeast, 36 to the east, and 81 to the south.

Those looking to board the CTA L will find service for the Red Line via a nine-minute walk east. Brown Line service can be found at Damen station via a 22-minute walk southwest.

A dense collection of retail and dining lies along the nearby N Clark Street, while park space includes Chase Park within a nine-minute walk south.

Star Development Corp is the general contractor behind the $876,500 project. A completion timeline is not yet known.