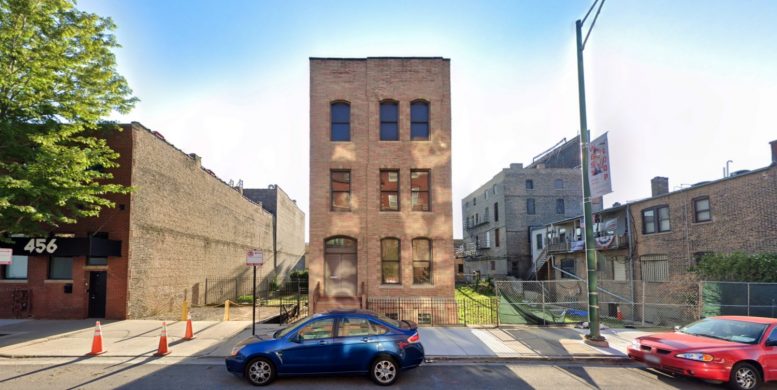 Demolition permits were recently issued for a three-story masonry building at 462 N Morgan Street in West Town. Filed under the owner Baby Grand LLC, no plans have been published as to what will replace the multi-unit residential structure. However, the parcel is currently zoned for M2-2 Light Industry District, which allows for moderate manufacturing, warehouses, and freight and recycling facilities. M2-2 also permits a floor area ratio of 2.2, so that any new development may have up to 2.2 times the square footage as the containing lot. Currently it is unclear if the owner plans to apply for an amendment to change the designation.

As far as nearby points of interest, various stores, restaurants, and bars span the nearby Milwaukee Avenue both to the northwest and southeast, while the Fulton Market corridor is available within a six-minute walk south.

Alliance Demolition Services is serving as the wrecking contractor. No completion timeline for any replacement development has not yet been revealed.