Construction permits have been issued for a two-story Buddhist cultural center located at 2251 S Wentworth Avenue in Chinatown.

The project will be owner-occupied by Kho Kuan Chow, whose plans for the new structure include a gift shop, small display room, and garage at ground level, while the second floor will house a larger display room, break room, and kitchen. The building will also come with a basement and elevator. The property was previously occupied by a two-story masonry building, which received demolition permits in May 2020. The owners previously planned and received permits for a four-story brick building, with a height that has since been reduced to two floors unless additional funding is raised. 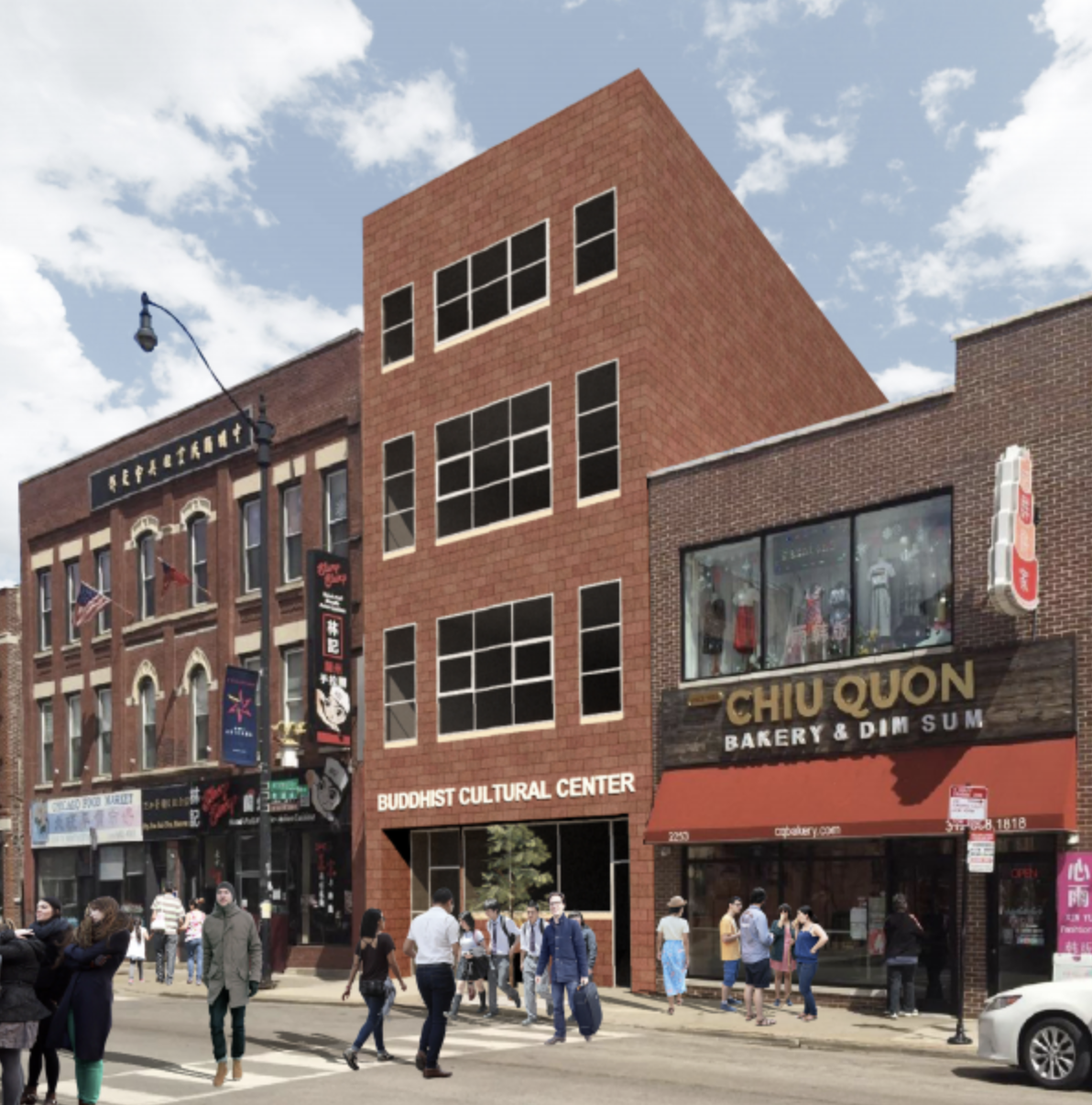 Lei-Hoo Mak of Mak Architects is the listed architect of record. While no drawings or renderings have yet been publicly released for the current two-floor iteration, multiple masonry contractors and the prior design suggest that the current plans will also involve a brick facade.

Nearest bus transit comprises of north and southbound stops for Route 24, available via a minute-walk south. Additional service within a 10-minute walking radius includes stops for Routes 21 and 62 to the north, Route 29 to the east, and Route 44 to the west. The two closest CTA L stations, meanwhile, are the Red Line at Cermak-Chinatown station is a four-minute walk northeast and the Green Line at Cermak-McCormick Place station is an eight-minute walk northeast.

The property lies along the main thoroughfare within the Chinatown neighborhood, with a dense collection of shops and retail both toward the north and south.

Interstate Mechanical and Construction is the general contractor for the project, whose full completion timeline is not yet known.