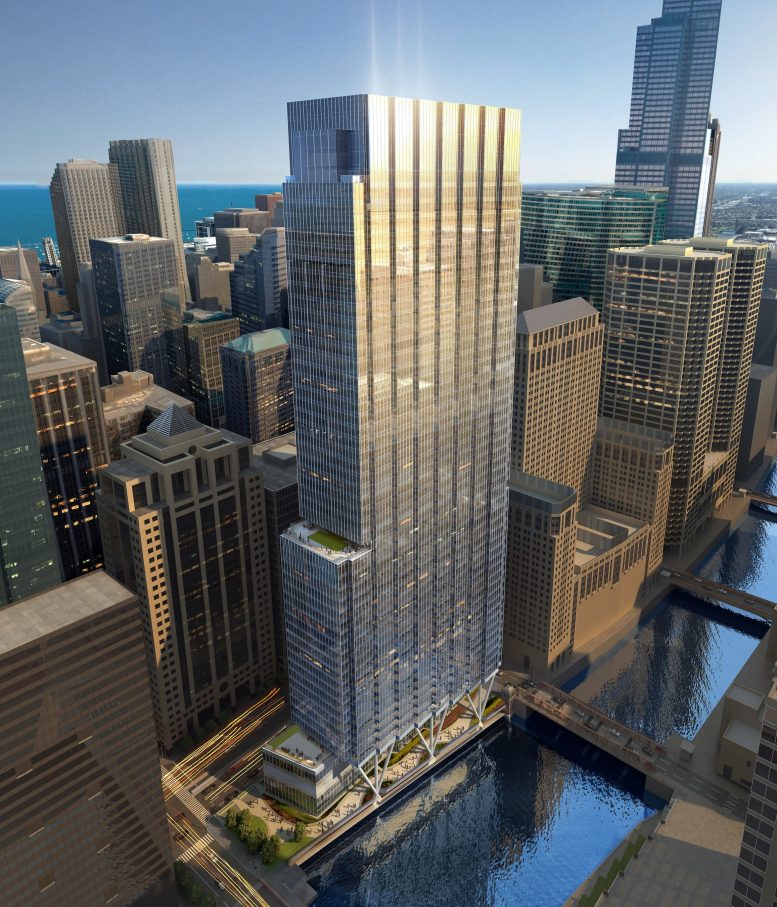 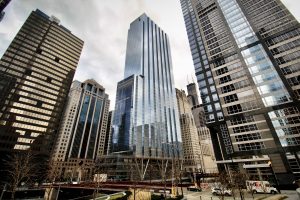 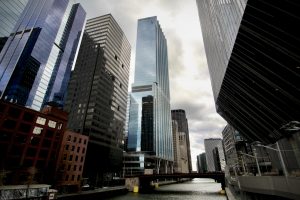 The project is a joint venture between Howard Hughes Corporation and Riverside Investment & Development, who have planned more than 1.5 million square feet of rentable square feet. Floor plate sizes range from 26,000 to 30,000 square feet, fitting Class A office requirements. Amenities include a fitness center on the 23rd and 24th floors, a conference center on the third floor, and multiple terrace spaces. A top-floor penthouse level also includes a private two-story atrium and private rooftop deck, both offering expansive city views. Near the base, the building offers a grand 40-foot-tall lobby with green space within, as well as a 45-foot-wide planted riverwalk along its western side. Parking will include 110 below-grade spaces. 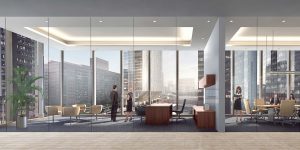 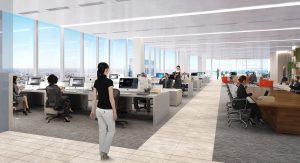 Bank of America is the anchor tenant, having pre-leased 500,000 square feet according to a 2017 article by Curbed. The financial institution also secured naming rights and features their logo near the crown. 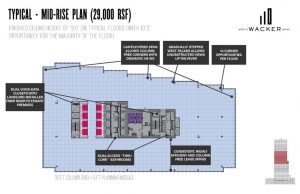 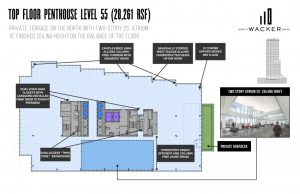 Goettsch Partners is the architect, whose building incorporates an angled footprint to fit to the narrow trapezoidal plot. The tower’s western face utilizes a series of five-foot setbacks, creating a serrated floor plan that allows for multiple corner offices with views of the river. Three truss-shaped structural elements also line the western base portion, helping to support the tower as it hangs over the recessed riverwalk. The facade utilizes a glass and aluminum curtainwall spanning nearly the full height. 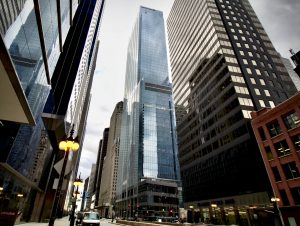 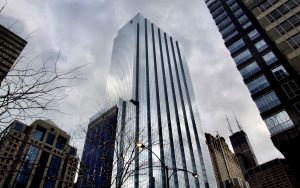 Multiple CTA buses can be found in close proximity, including Route 125 at the adjacent corner of Wacker & Randolph. Within a two-block radius are Routes 37 to the east, 20, 56, 60, 124, 157, and J14 to the southeast, and 120 to the west across the river. All CTA L lines are within easy reach, with the nearest service two blocks east at Washington/Wells, which is serviced by the Brown, Orange, Pink, and Purple lines. 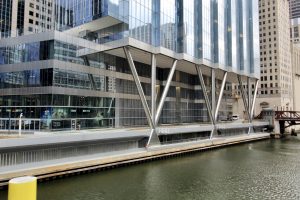 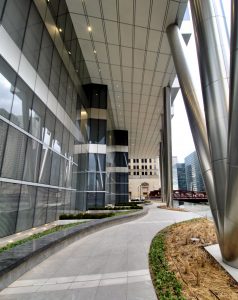 Beyond the on-site riverwalk promenade, multiple outdoor areas are closely accessible to tenants, including the River Point Park, and the western edge of the Chicago Riverwalk.

Clark Construction is the general contractor for the nearly $800 million project, while CBRE is the office brokerage firm for the leasing. Construction is now complete, with tenant build-outs and occupancy underway.