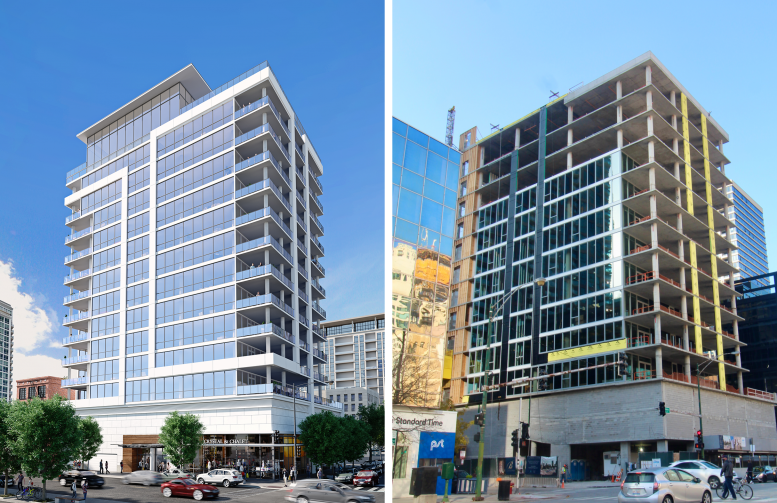 Exterior work is well underway at the 15-story Bentham Chicago, located near the center of the River North neighborhood. Designed and developed by Sedgwick Development, the 172-foot-tall building at 146 W Erie Street will house retail in its base and 31 condominium units above. 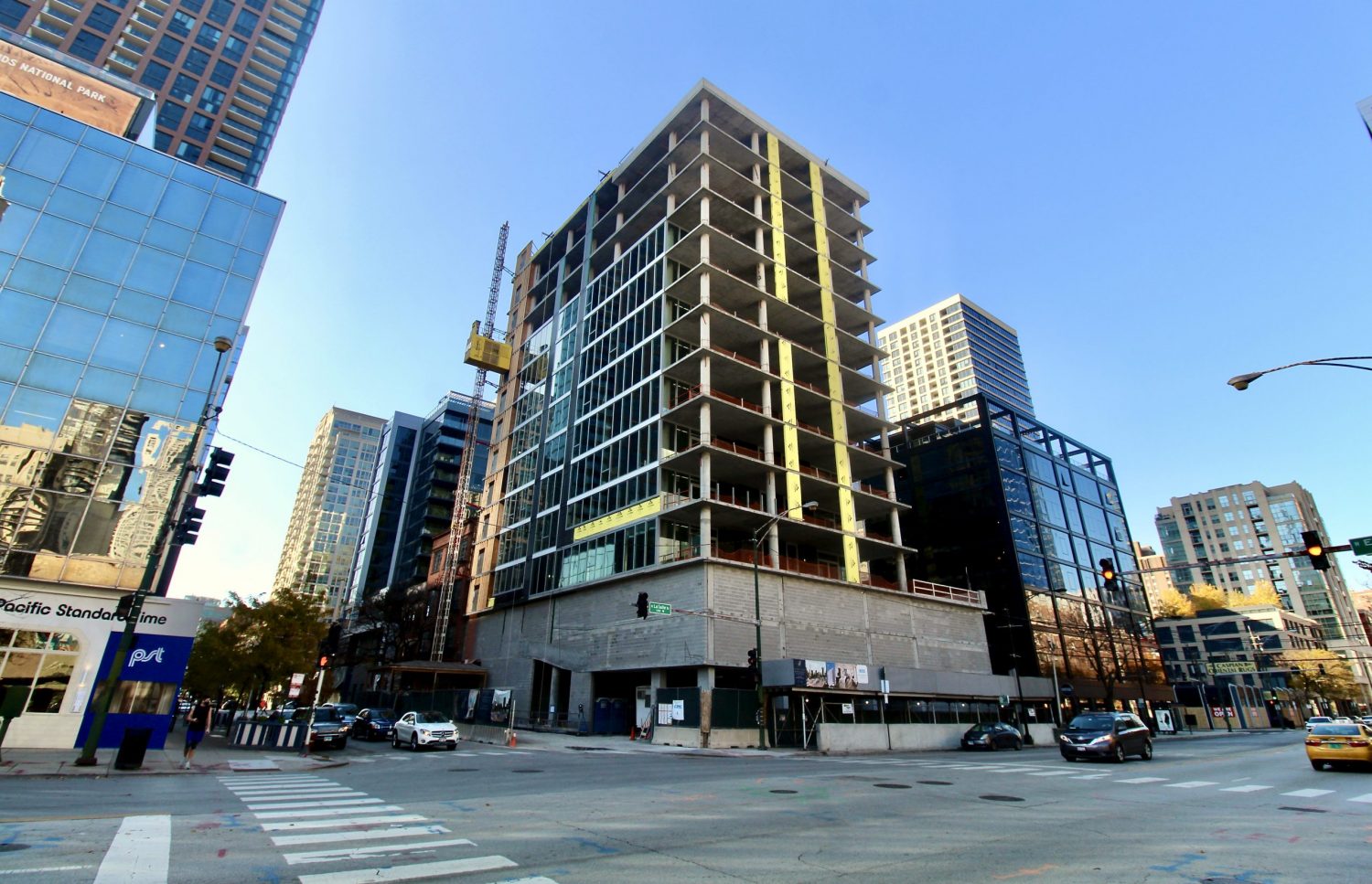 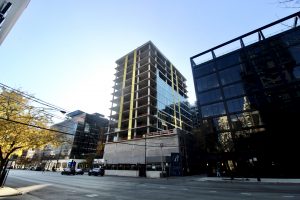 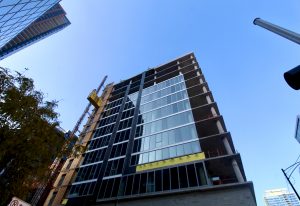 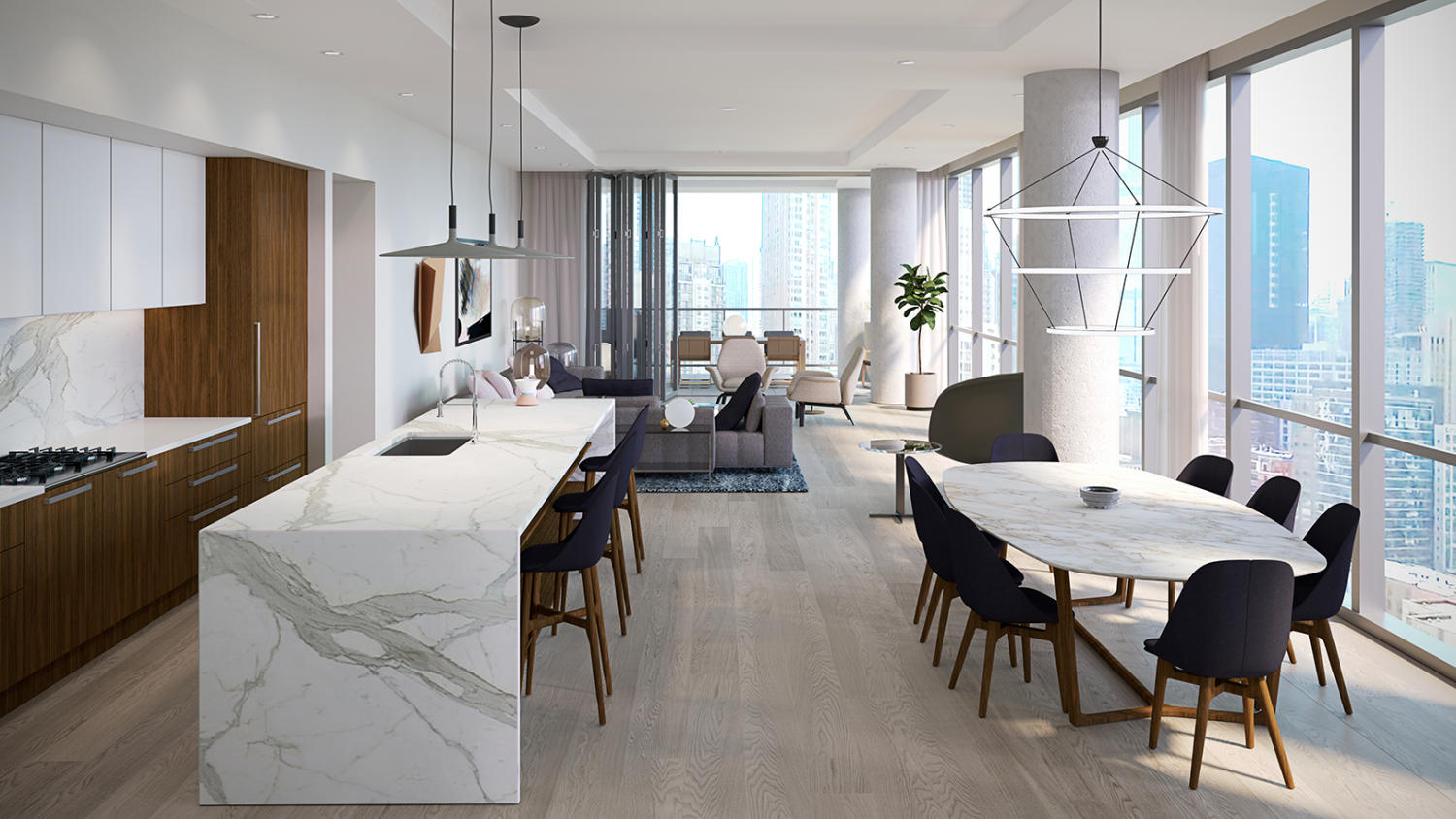 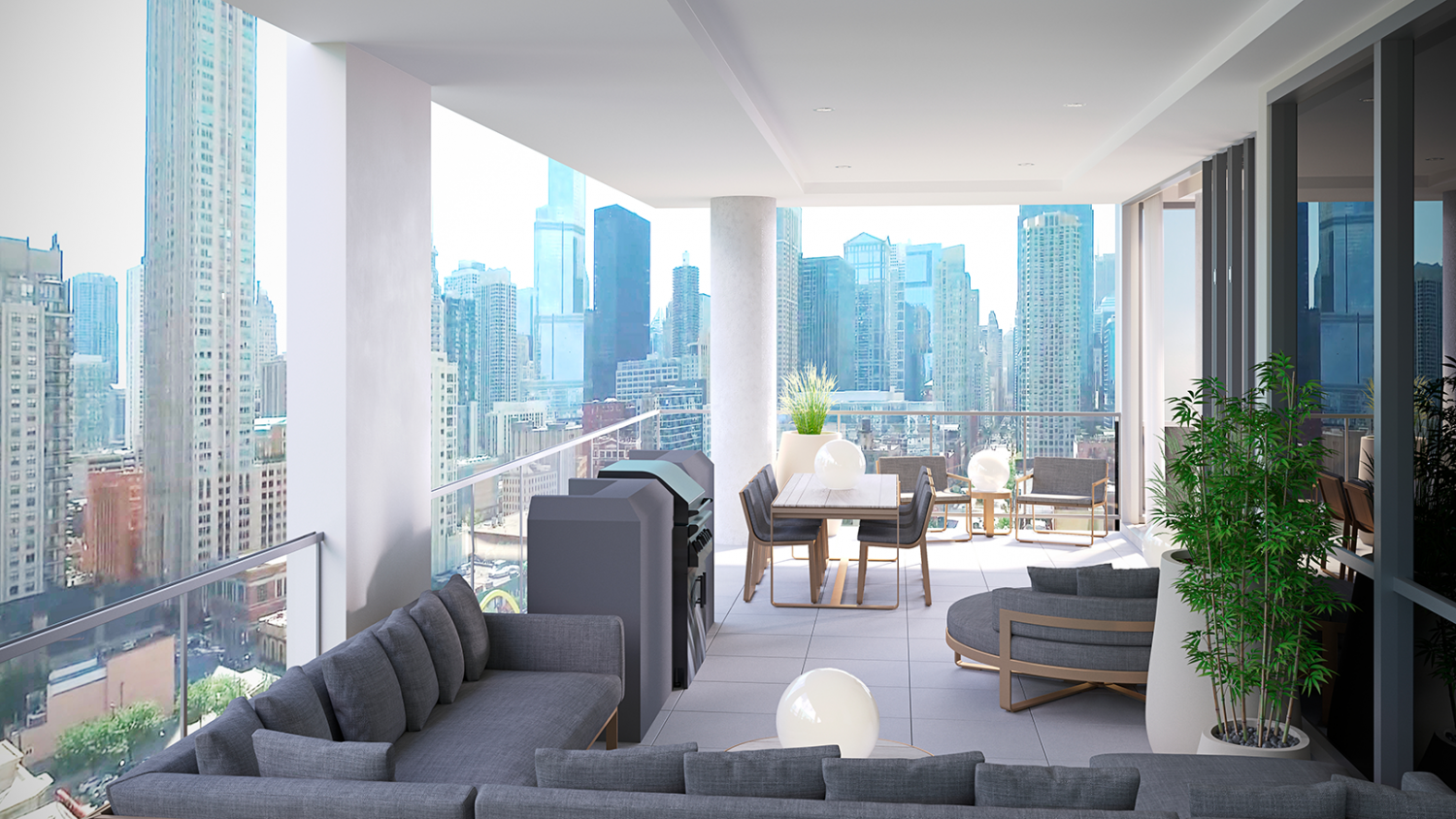 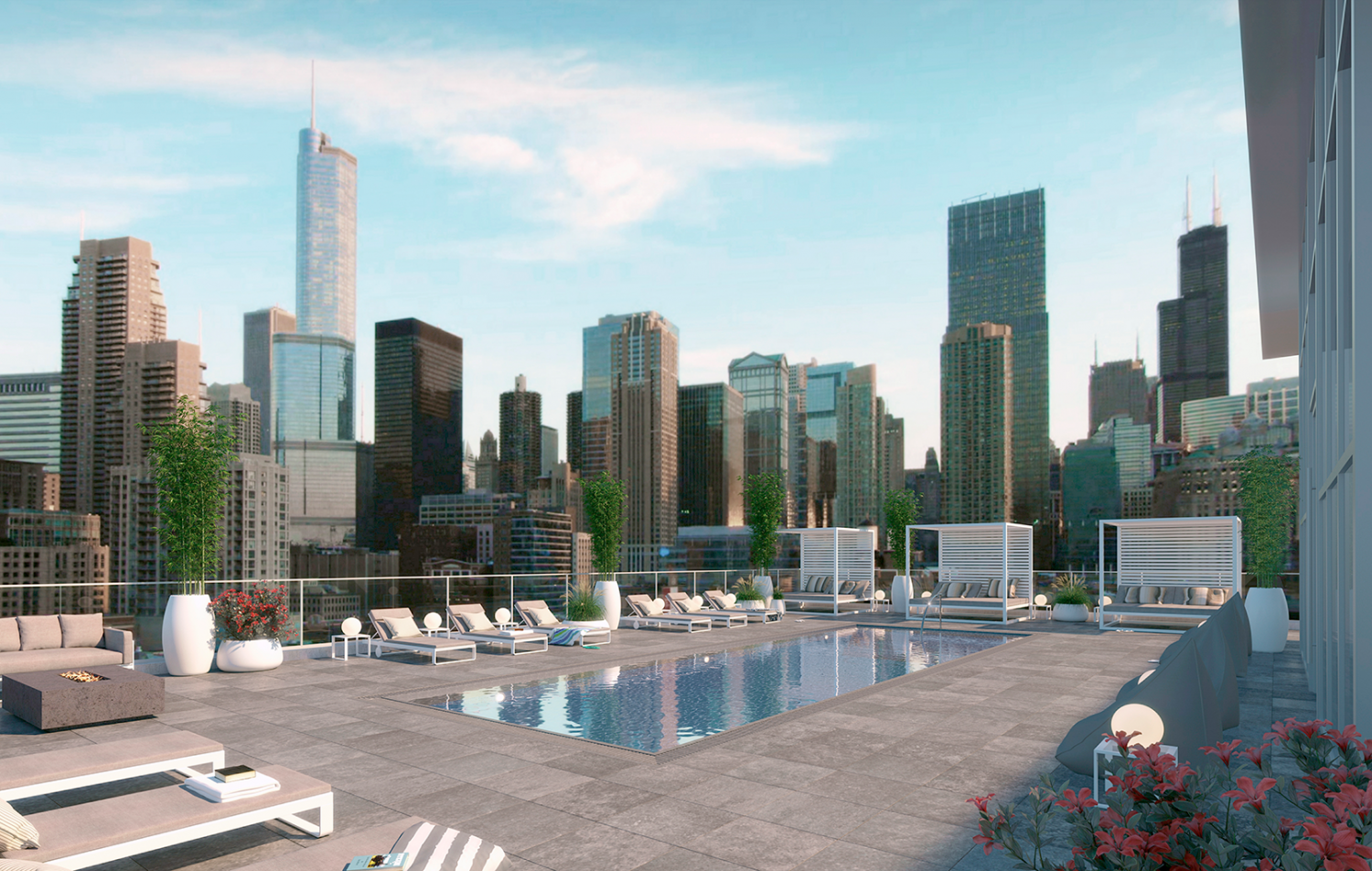 Building amenities include a large roof deck with a pool and fire pits, a fitness center, and a connected lounge and catering kitchen. Parking will include 53 spaces located within the building’s podium in addition to bike storage. 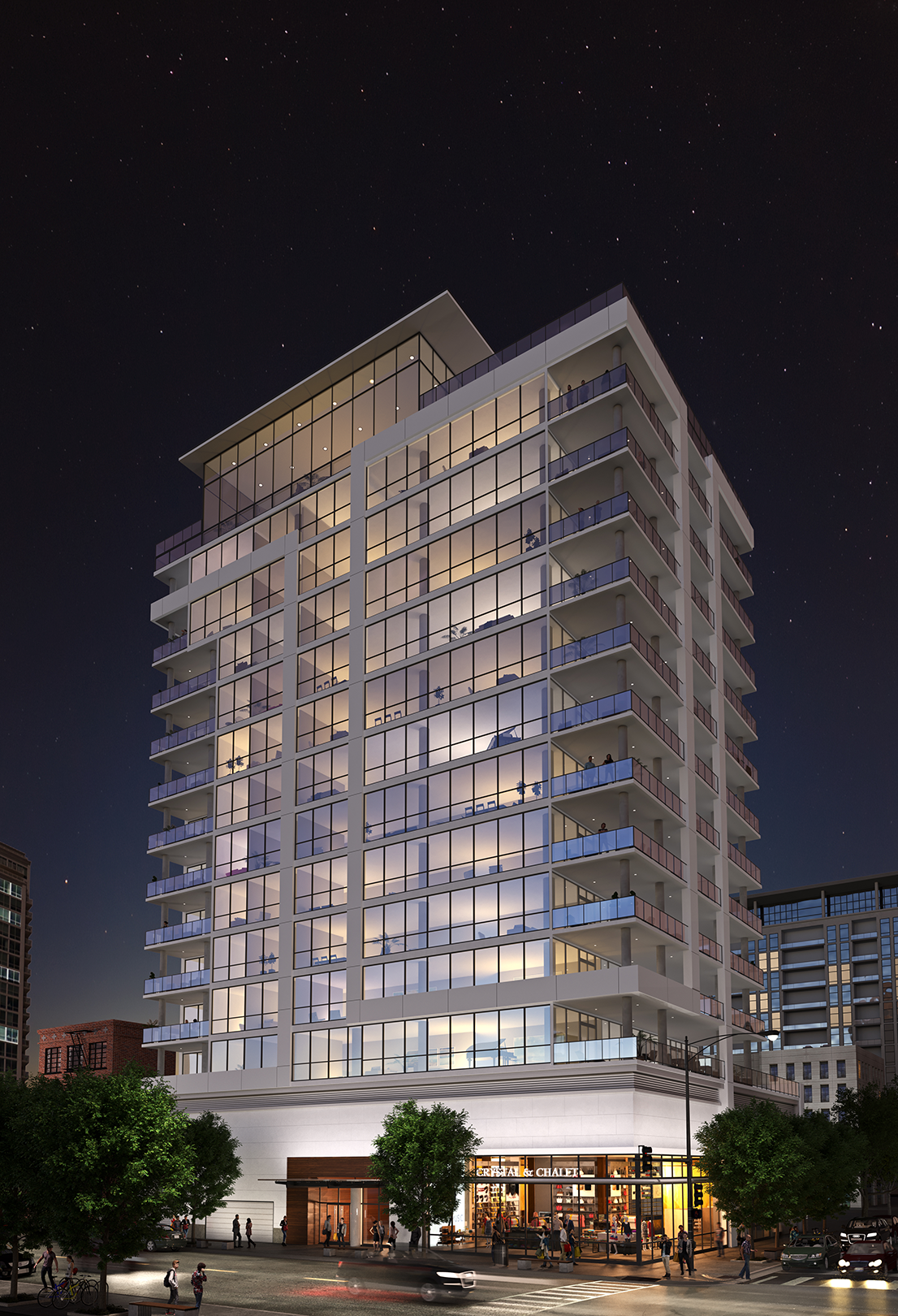 The design features a light masonry facade for the podium. Above is a sleek glass curtain wall that includes metal panels that wrap around the rectangular massing, a motif that appears similar to ribbons wrapping around a gift box. The terrace space connected to the units further adds texture and depth on the west and east faces. A setback on the 15th floor with a large overhanging roof will act as a crowning element for the building.

Sedgwick’s development sits along the major N LaSalle Drive corridor, just northwest of a surplus of retail and dining options. For public transit, CTA Bus 156 with both north and southbound access can be found within steps of the site. Other buses within a two-block radius include Route 37 to the southwest and Route 22 to the east. Lastly, the major east and westbound 66 and 65 routes are also within the vicinity, with stops located approximately three blocks to the north and south, respectively.

The 9.8-acre Washington Square Park is located via a 10-minute walk northeast. Other areas of interest are the Chicago River, located a nine-minute walk south, and Michigan Avenue’s Magnificent Mile, an 11-minute walk east. 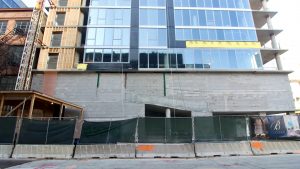 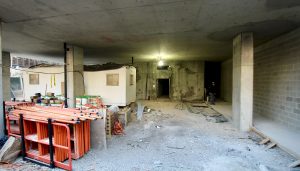 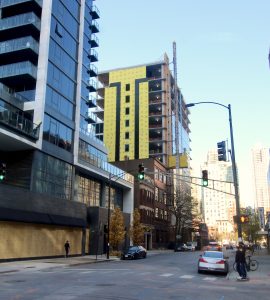 Alpha Construction Services, LLC has been listed as the general contractor in earlier construction permits. A completion for the $22 million project, built in two phases, seems on target for either for the first half of 2021.