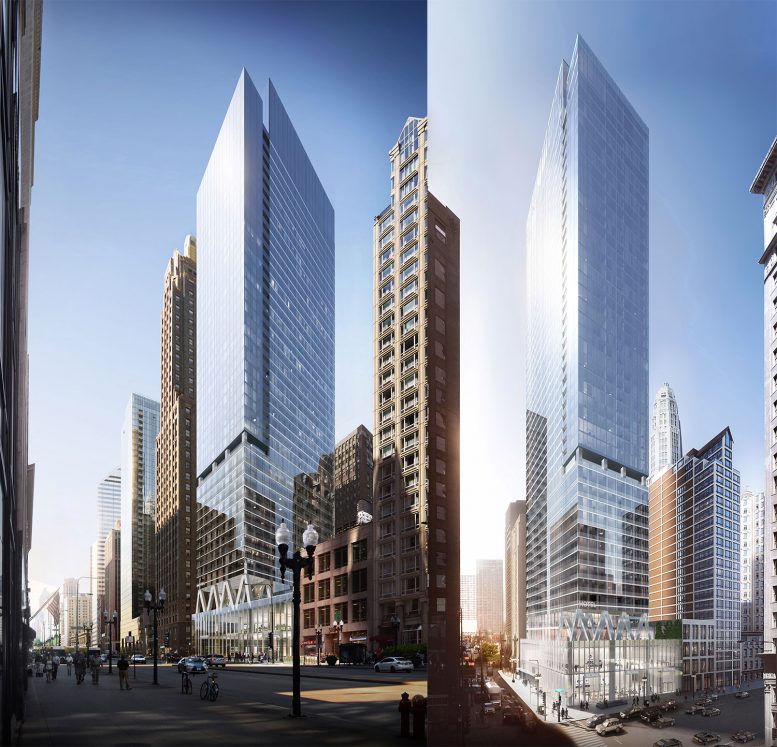 Construction has begun on the foundations for 300 N Michigan, which will rise 523 feet across 47 stories. Addressed as 300 N Michigan Avenue in The Loop, the development will stand at the intersection of N Michigan Avenue and E Wacker Place. Permit filings show that the foundation permits were issued in August, approving the construction of the caissons, foundation structure, and full floor structure up to level four. Full building permits have yet to be filed for the tower portion of the project. 300 N Michigan LLC is the owner behind the applications, an LLC for Magellan Development Group and Sterling Bay, the developers collaborating on this project. 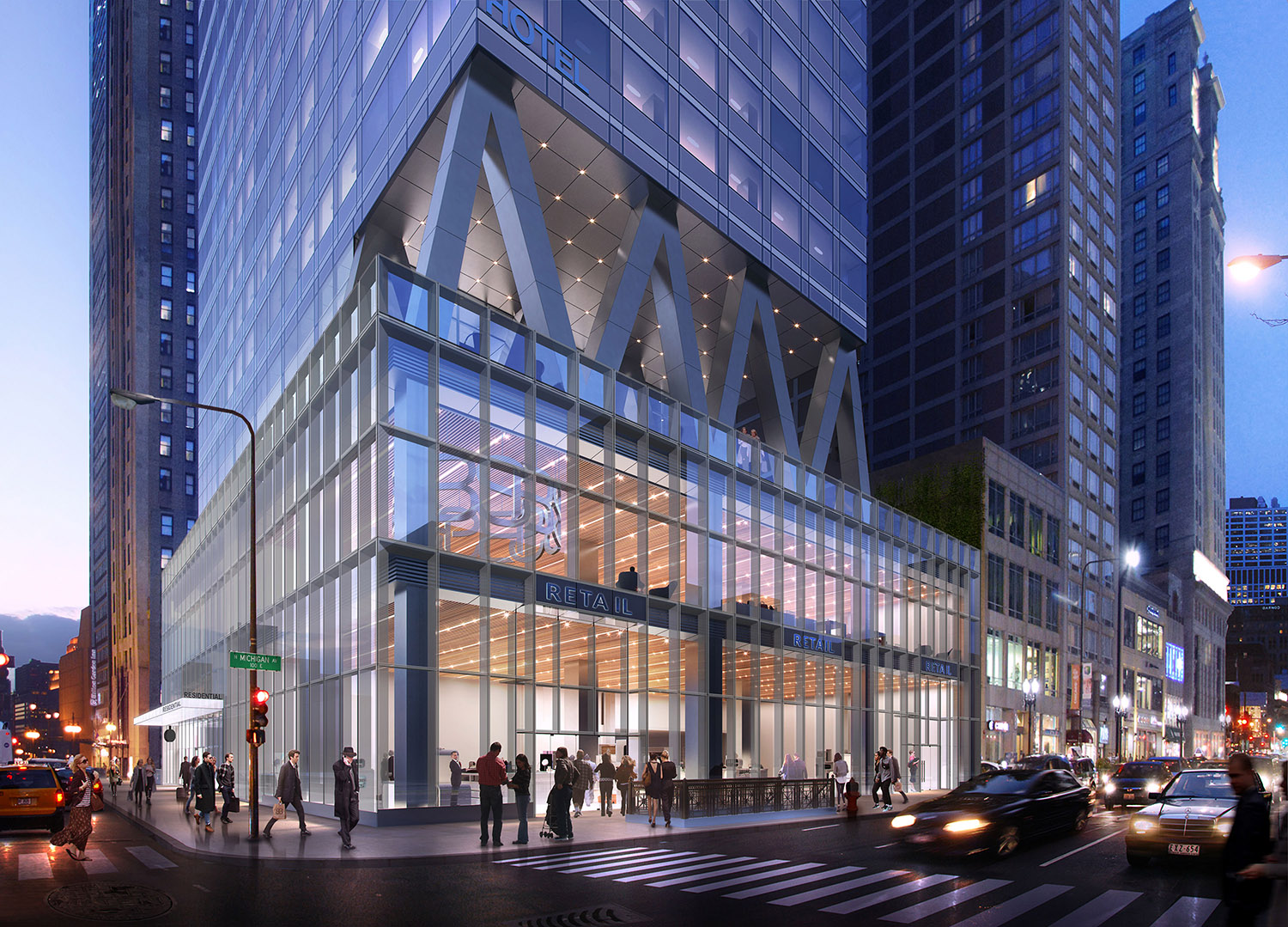 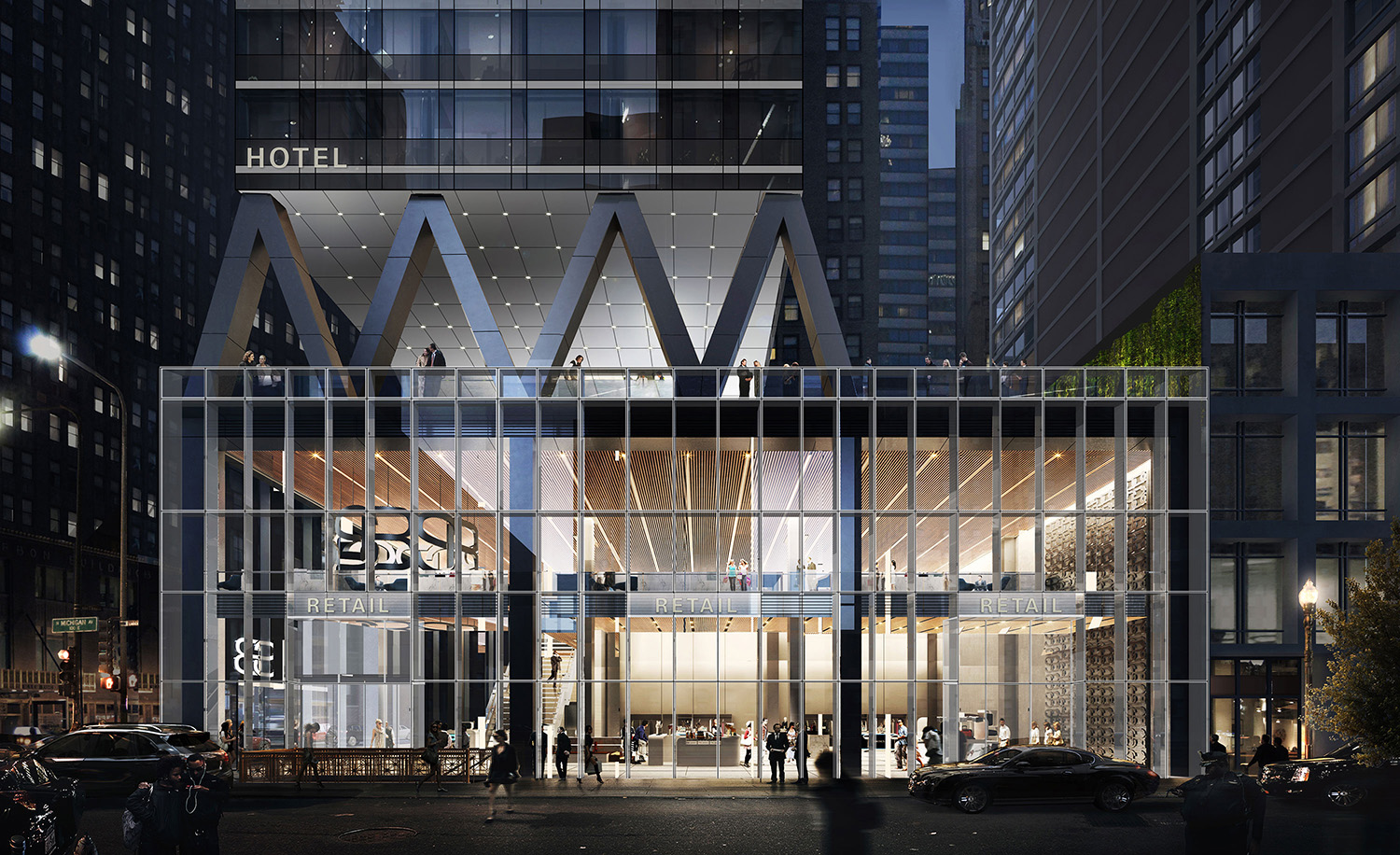 Once completed, the project will offer 439,400 square feet of space split between the multiple programs in the tower. The base of the tower will hold a 25,000-square-foot retail component. Above the retail space, 280 hotel rooms will be spread across floors six through 15, operated by citizenM. Finally, on top of the hotel portion will be 289 residential units, with residential amenities offered on floor 46. There will also be 22 parking spaces provided below grade. 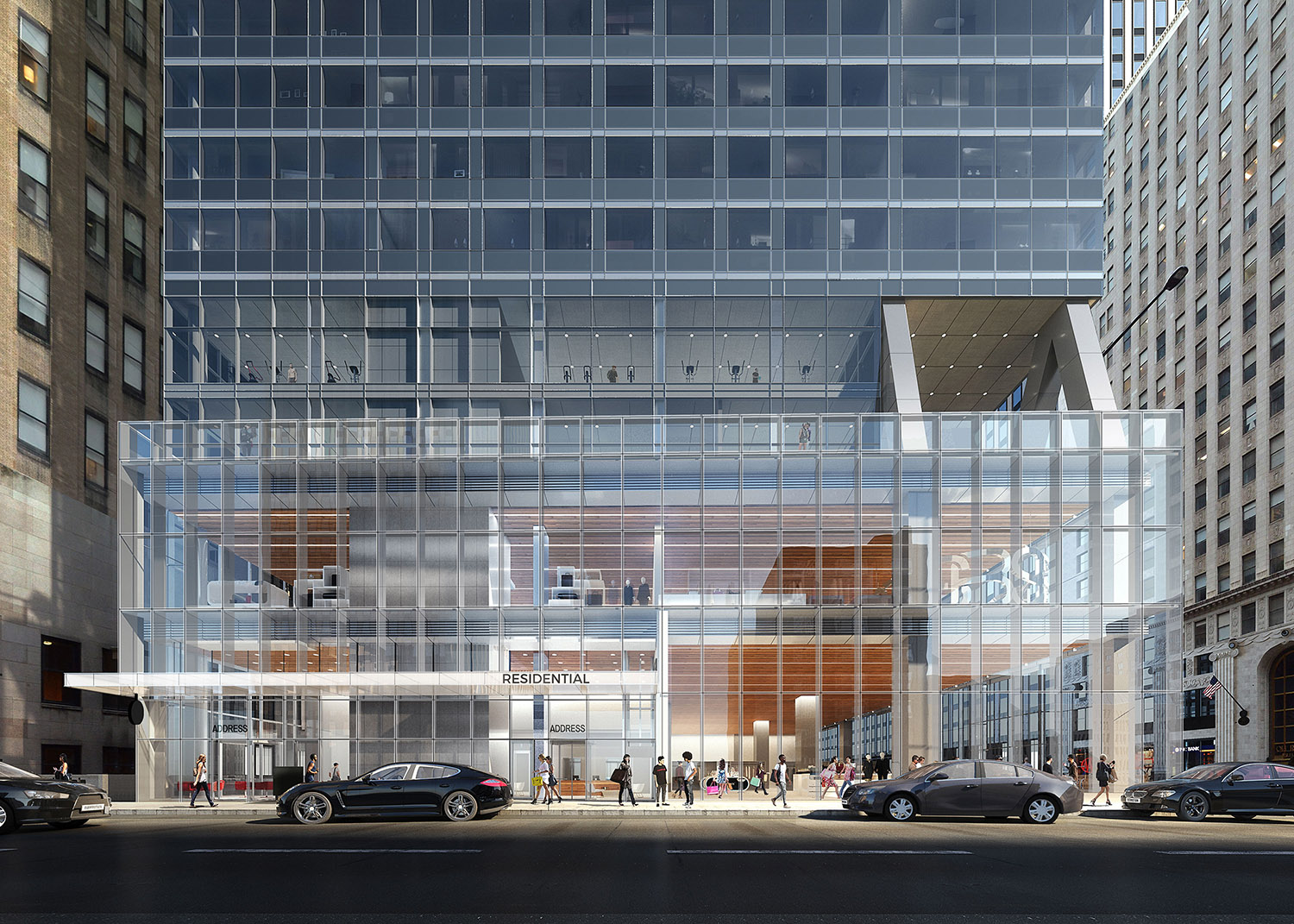 The tower is a glass-wrapped rectangular massing with its façade defined by horizontal lines wrapping the building. The scale of the patterning of the lines up the façade shifts in response to the various components within. The design also expresses the change from the retail podium to the hotel and residential tower portion via the large exposed structural truss. 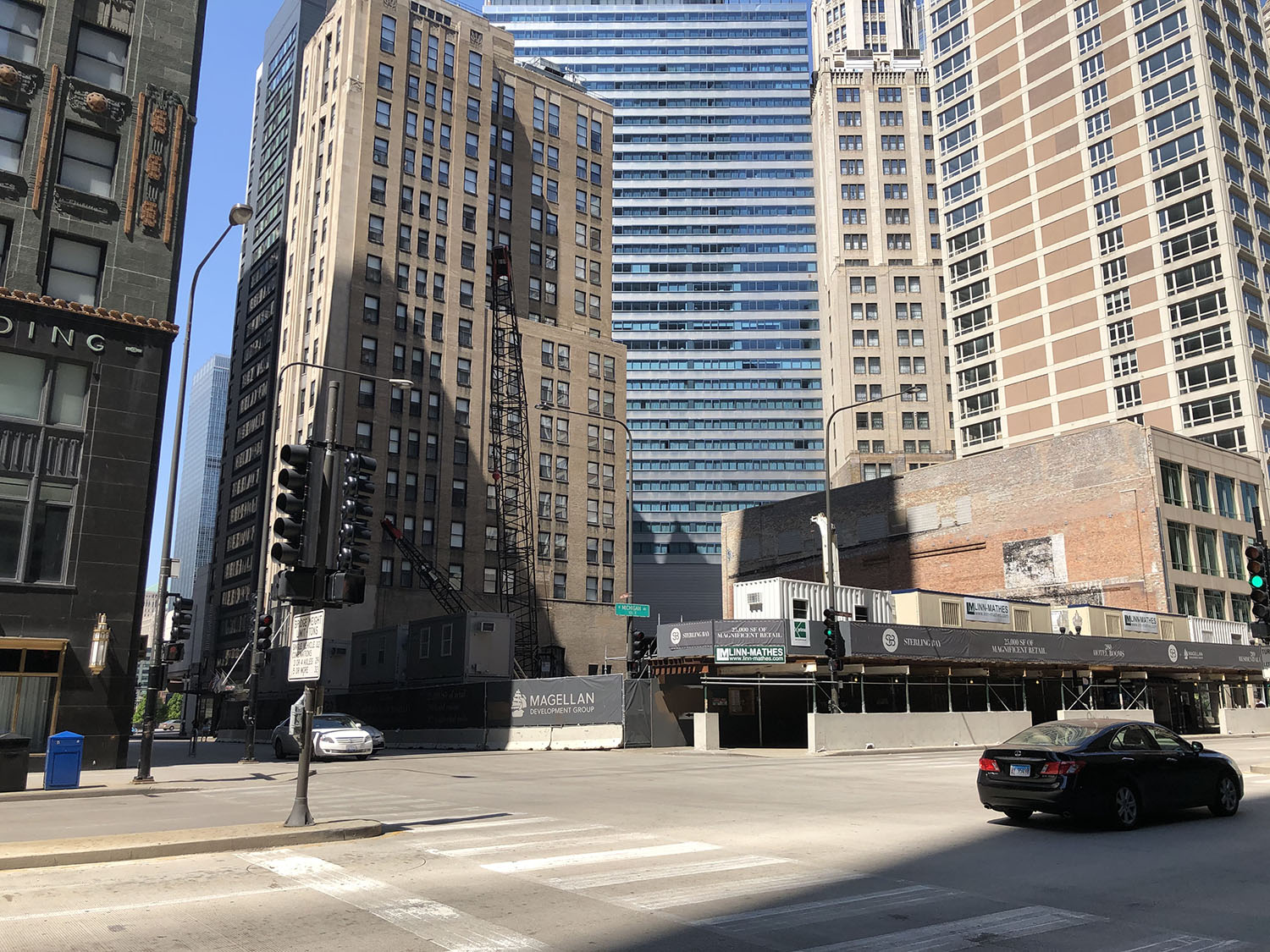 Recent photos show the construction progress on site. The existing four-story structure has been demolished and excavation has been completed. A drilling machine can be seen drilling some of the first caissons for the foundation structure in the southeastern corner of the site. Two mobile cranes are on site, while the tower crane permits have been filed and are awaiting approval. 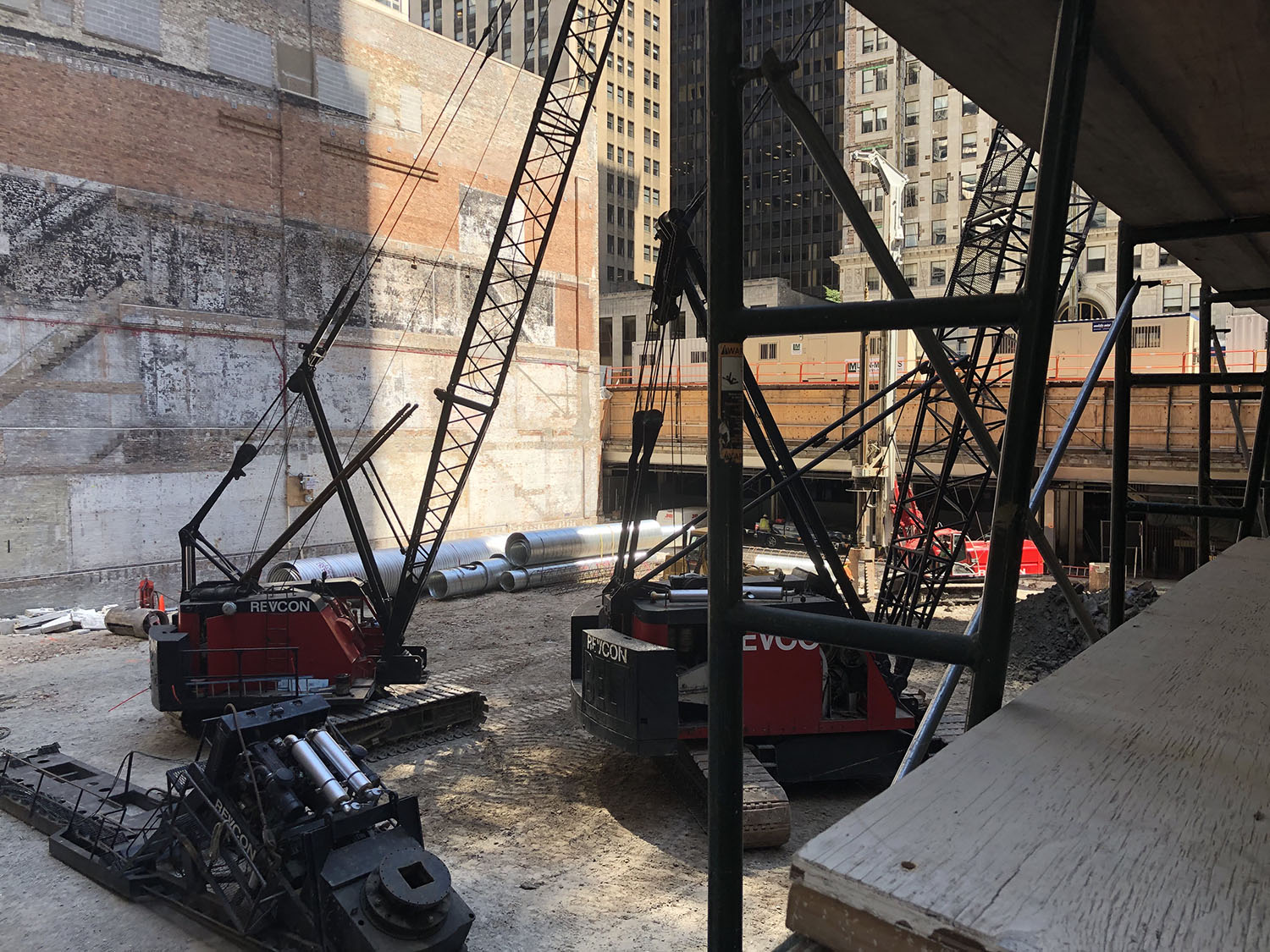 bKL Architecture is in charge of the design for the tower. Linn-Mathes Inc is listed as the general contractor for the project.

The tower is projected to be completed by 2022.