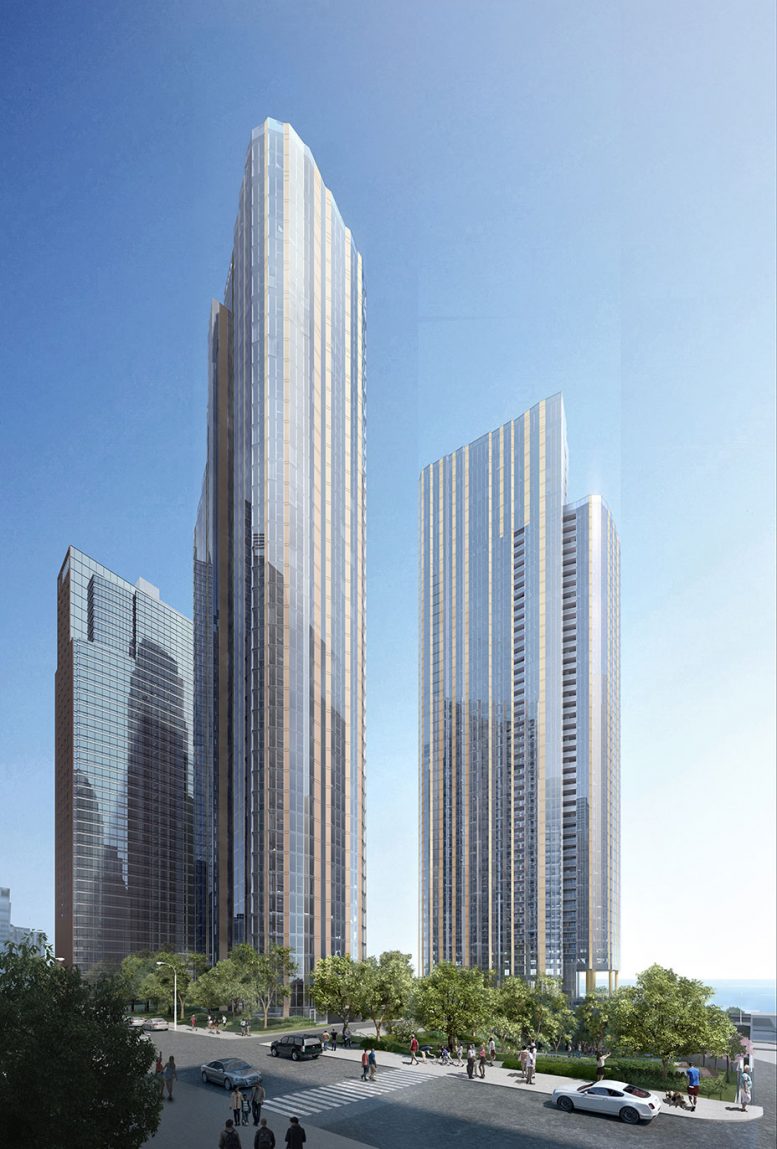 The 512-foot-tall Cirrus and its neighboring 396-foot-tall Cascade are approaching the halfway mark of their vertical climb in Downtown’s Lakeshore East neighborhood. Together with the nearby Vista Tower, officially 93 stories but marketed as 101 stories, the Lendlease and Magellan-backed towers form the latest chapter of the neighborhood’s 80-year transformation from a rail yard to a 21st-century residential nucleus. 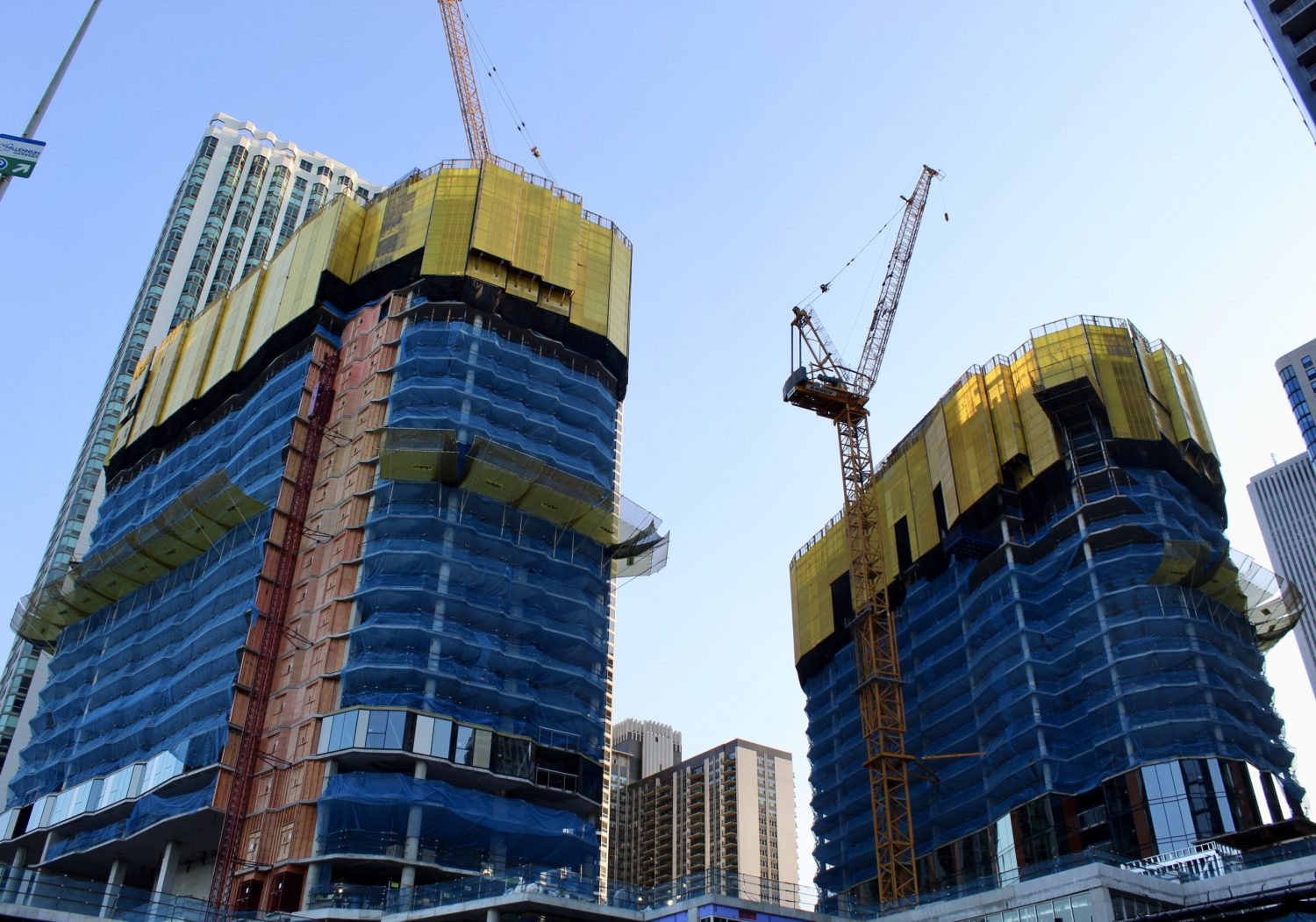 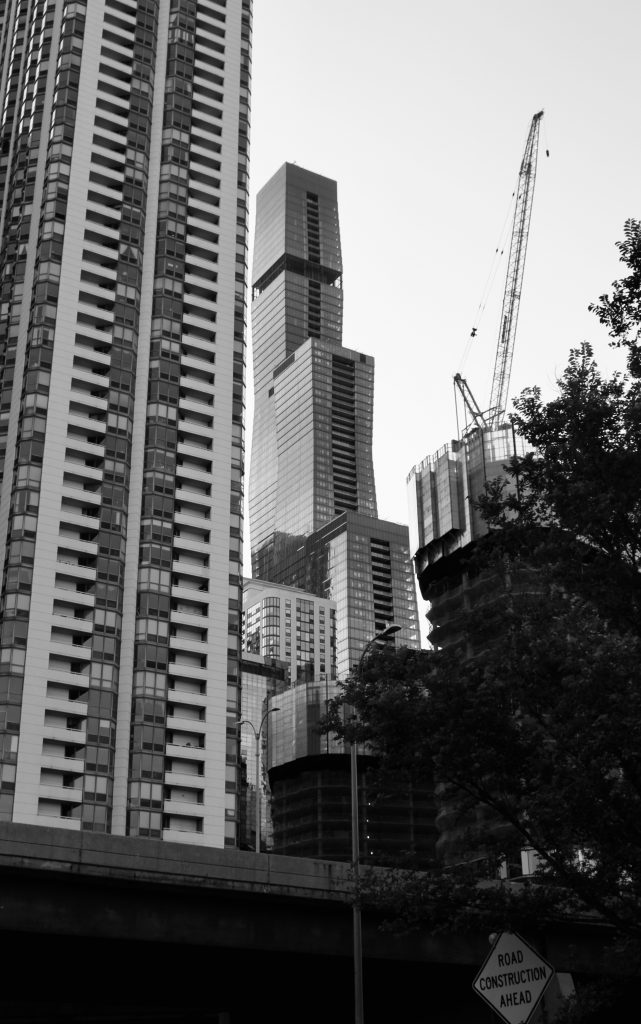 Cirrus (front) and Cascade (behind), with Vista Tower in the background. Image by Jack Crawford

The nearest bus stop is a three-minute walk south to Route 60’s Harbor Drive & Randolph. The nearest CTA L stations are State/Lake and Washington/Wabash, both serviced by the Brown, Green, Orange, Pink and Purple Lines and both are about a 15-minute walk west. Additional nearby transportation includes an easily accessible bike path alongside Lake Shore Drive. Recreational spots include Lakeshore East Park, just the cross the street from the development, and Maggie Daley Park, a five-minute walk southeast. 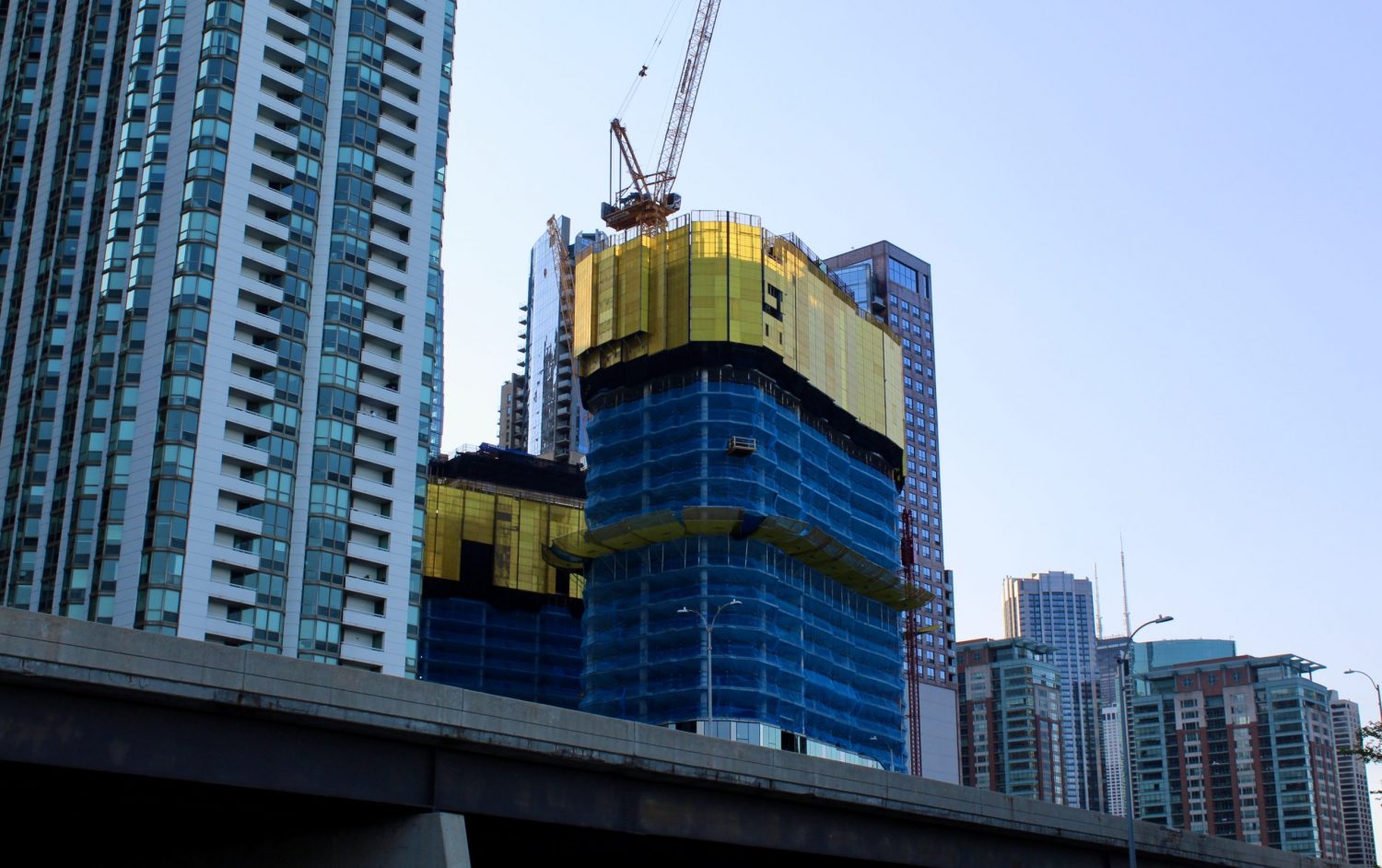 According to Curbed, Cirrus will house 363 condo units across its 47 floors, while Cascade will house 503 rental apartments across its 37 floors. The condominium units will begin at $400,000 and top off at around $4 million. Additional programming amongst the two is a parking podium that sits below N Harbor Drive and will service 589 cars. Together, the two towers will offer more than one million square feet of floor space.

BKL Architecture is responsible for the designs, while The Skyscraper Center lists James McHugh Construction Co and Lendlease Corporation as joint general contractors.

Although the towers will differ in their exact massings, but they complement each other. Their shared motif includes an asymmetrical setback near each roof and even more noticeably a distinct, serrated facade.

Cirrus and Cascade are both expected to open in 2021, as part of a larger development by Lendlease and Magellan to fill in Lakeshore East’s northeast corner. A third residential tower, dubbed “Parcel I,” will rise 950 feet tall and is planned to commence build next once current construction wraps up.