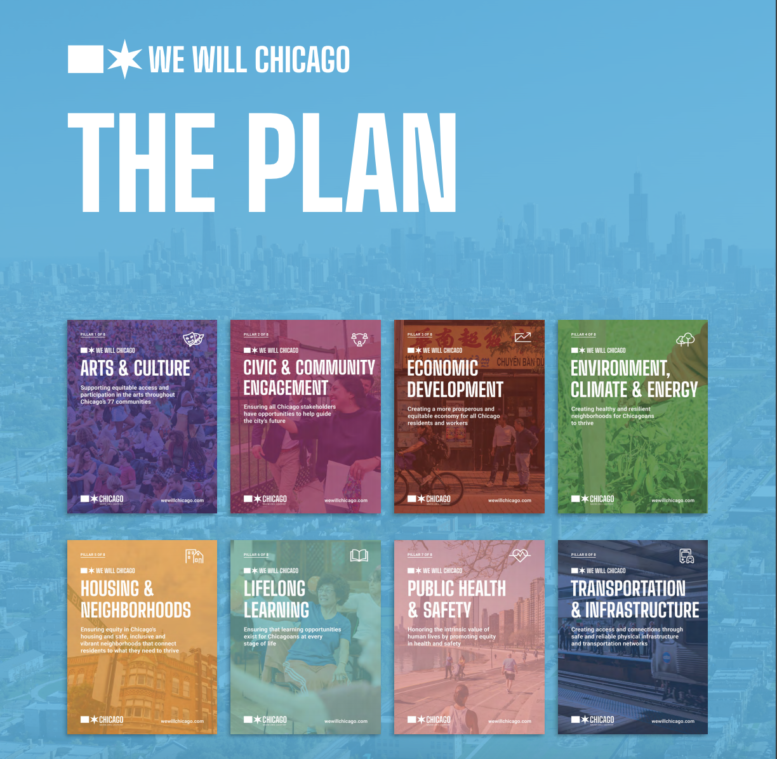 We Will Chicago Plan

A draft of the We Will Chicago framework plan has been released, offering an initial look at what would be the first citywide plan in more than 50 years. As previously reported “We Will Chicago” is the first citywide initiative of its kind since the “1966 Comprehensive Plan.” We Will’s efforts are still evolving, but the three-year citywide planning initiative prioritizes equity, resiliency, and engagement to create an inclusive vision for the future of Chicago.

Provided within We Will Chicago Draft

The newly released framework document includes nearly 40 goals and 150 objectives to help Chicago become a more equitable and resilient city. The plan places an emphasis on systemic inequities relating to health, economic stability, housing access, as well as other initiatives. The plan has been created with help from both neighborhood residents and community leaders.

The published draft is available for review and feedback through November 1st. The hope is that public feedback will help further the current scope of the citywide initiatives and inform an updated version which would then be presented to the Chicago Plan Commission in early 2023.