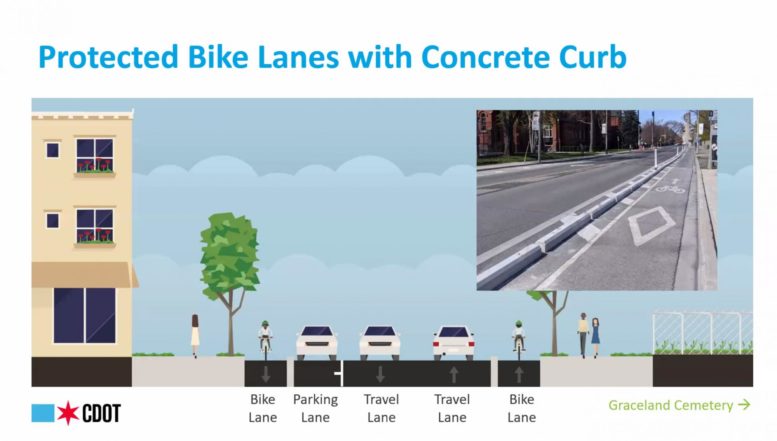 Proposed lane adjustments via the CDOT

The Chicago Department of Transportation (CDOT) has revealed plans for protected bike lanes along N Clark Street in Uptown. These lanes would extend from W Irving Park Road north to W Montrose Avenue, parallel to Graceland Cemetery. The plan joins as part of Vision Zero and the city’s Strategic Plan for Transportation. Vision Zero aims to make streets safer and more accessible.

CDOT has reported via a traffic study that within 24 hours, 1,600 out of every 13,000 cars speed. The top speed reported was 55 mph. The CDOT states that speed is the number one determining factor to predict the severity of injuries attained from crashes. According to studies, a crash at as few as 20 mph, increases the risk of death of pedestrians and cyclists by 10%. By 30 mph that risk rises to 40%, and speeds of 40 mph increase further to 80% risk of death or severe injury. 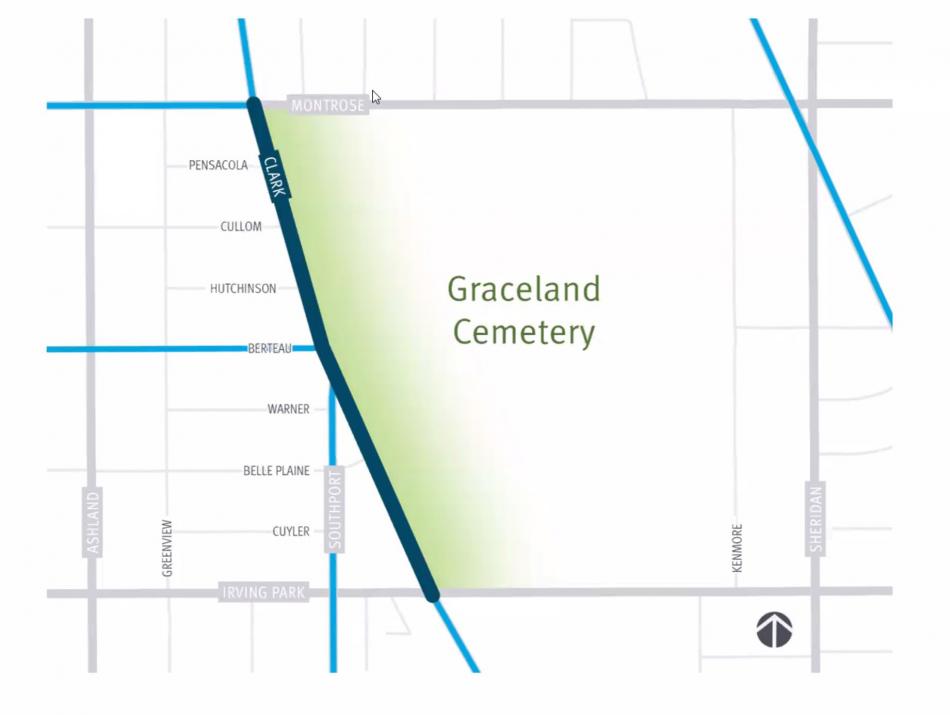 An additional parking study was conducted to better understand use along the corridor. CDOT found fewer than half of the 100 parking spots are used on a consistent basis and only two-thirds of spaces on neighborhood side streets are occupied.

The plans presented by the CDOT involve removing parking from the east side of the street,  which will be replaced by protected bike lanes in both directions on both sides of the street. The lanes will be separated from cars by concrete curbs. Keeping the CTA buses in mind, the CDOT has proposed adding bus boarding islands to aid with congestion. This design allows for buses to stop in the travel lane to avoid weaving in and out of traffic. 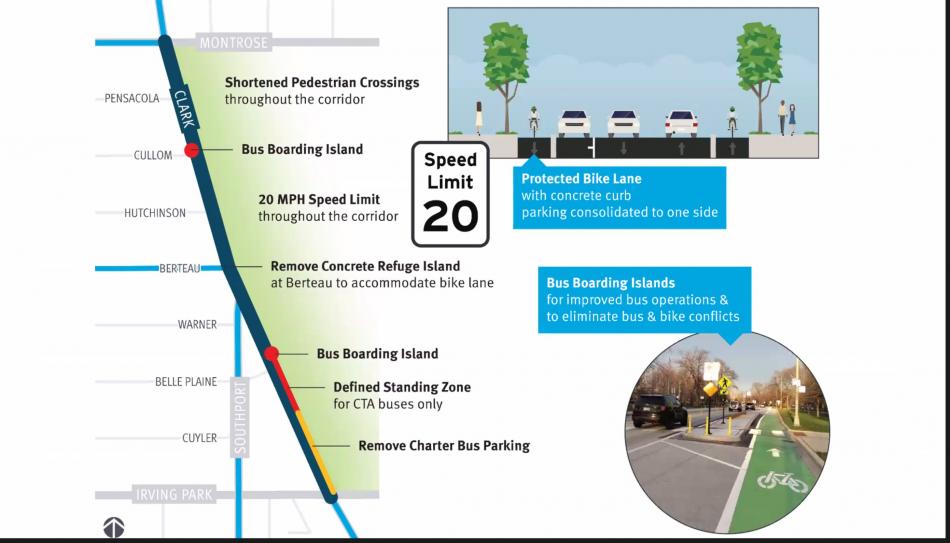 The speed limit will be reduced to 20 mph along the corridor. North of W Irving Park Road there is bus parking which will be removed and replaced with a CTA bus standing zone will be created at each boarding island. At W Irving Park Road and W Montrose Avenue, bike boxes will be added at intersections, allowing cyclists to stop and wait for the light with no visibility lost to cars.

As for parking, it will still be accessible in designated areas along the west side of the street. The bike lanes will be interrupted for all curb cuts, with green marks in the roadway to indicate the presence of a crossing bike lane. No adjustments will be made to side street parking.

The CDOT will take the next few weeks to review community feedback. After that point, they will make any and all adjustments to finalize the design. The department hopes to see the project completed by the end of the year.